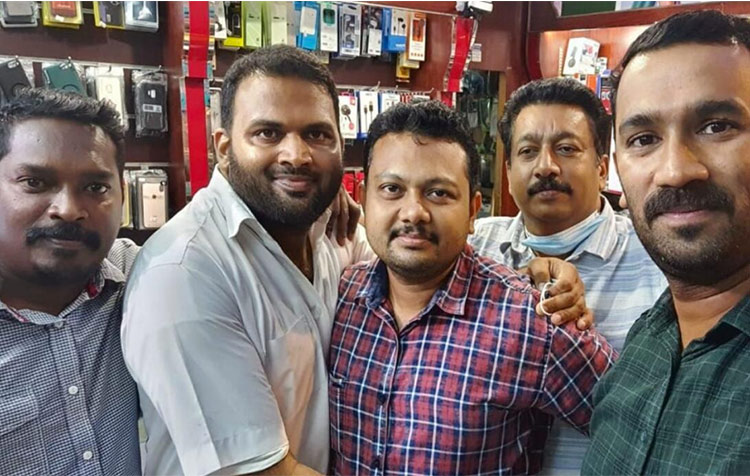 Renjith Venugopalan Unnithan with his family and friends.

Renjith, who lives in Muscat, bought the winning ticket online.

Renjith, who hails from the Kollam district of Kerala, took home the mega prize amid pandemic.

Renjith said that he had first bought a Big Ticket two years ago. 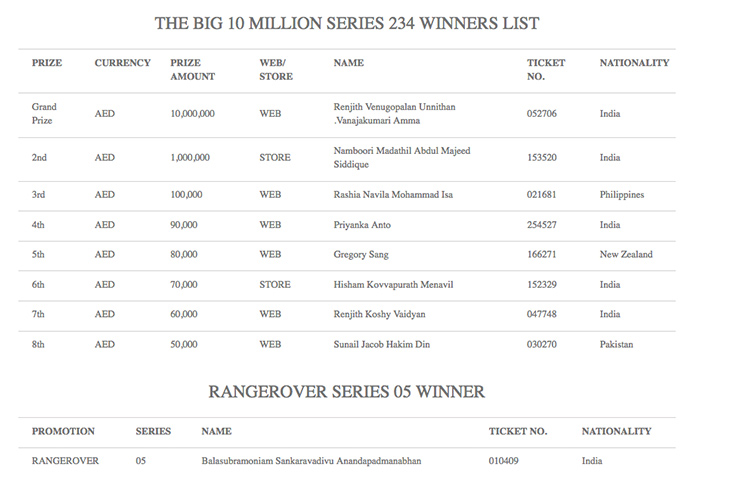 An emotional Renjith said that he was watching the draw live when Big Ticket phoned him.

Renjith said he couldn’t believe that he won from his residence in Oman.

He said that it was his second participation with Big Ticket.

During his online buy, he said let me try mine once more at the end of the year. And rest is just history.

The 42-year-old man is sharing the prize money with five other people.

Renjith said that his life will change with this money.

The third prize of Dhs100,000 went to Rashia Navila Mohammad Isa of the Philippines.

The Dream Car Range Rover was won by another Indian expat.

Big Ticket wrote on Facebook, “Congratulations to Balasubramoniam Sankaravadivu Anandapadmanabhan with Ticket No. 010409 from India for winning the Dream Car Range Rover Series 5!”

The raffle draw said, “What started out with a Million Dirham cash prize, gradually grew over the years and now on Big Ticket’s 29th year, we’re giving away a grand prize of up to 20 Million Dirham.”