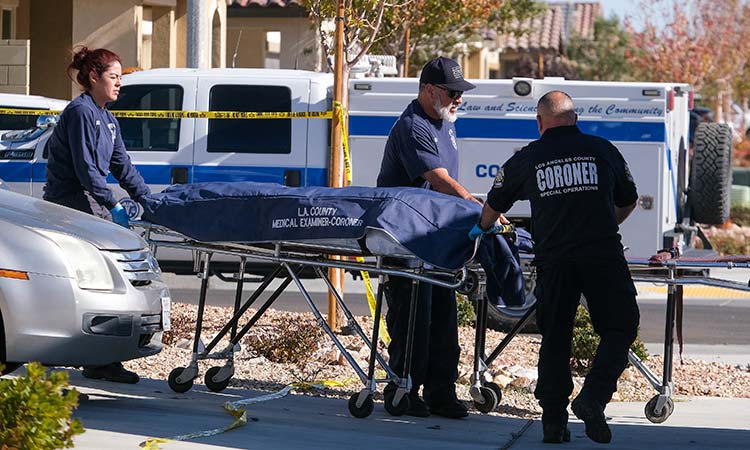 Los Angeles County Coroner officials remove a body from a home in the city of Lancaster. AP

A security guard whose online posts talked about following a good and religious life remained jailed Tuesday on suspicion of shooting to death his four children, including an infant, and their grandmother at their Southern California home.

The four children, who were all under the age of 12, were declared dead at the scene in the small town of Lancaster, near Los Angeles.

The children's grandmother, who was in her 50s, also died in the shooting on Sunday evening. 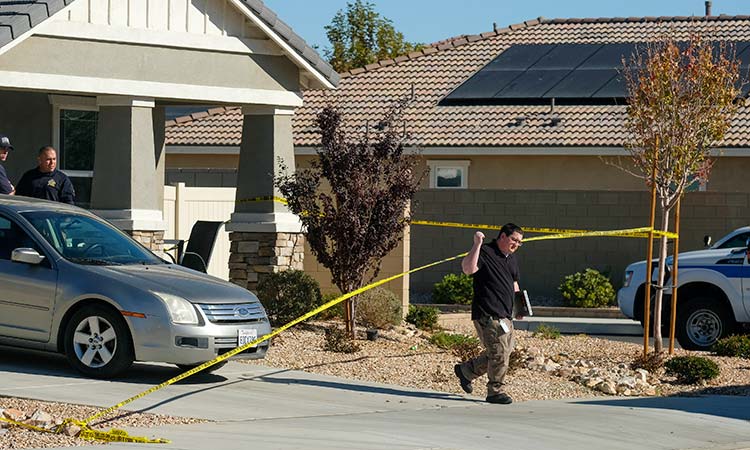 A law enforcement officer leaves a home where five bodies were found in the city of Lancaster. AP

The Los Angeles County Sheriff's office said Germarcus David, 29, had been arrested on suspicion of the multiple murders, and was being held on $2 million bail.

Grace Beltran, who lives three houses away, said a woman ran back and forth in their front yard, screaming, "My babies are gone! They’re all dead!”

Germarcus David, 29, turned himself in to Los Angeles County sheriff's deputies within minutes of his wife's arrival at home. He remained jailed on $2 million bail and was expected to make an initial court appearance on Tuesday.

It wasn't immediately clear whether he had a lawyer who could speak on his behalf.

The Los Angeles Times reported that David is a security guard whose firearm licence had been cancelled.

David was a licensed security guard and held a permit to carry a gun but it expired in August 2020 and was listed as canceled, according to records from the California Bureau of Security and Investigative Services, which regulates the private security industry.

What appeared to be David’s Facebook page includes a photograph of a crucifix and posts from late October and earlier this month offering spiritual and moral views.

"Just know that God loves you when you feel unloved for,” David said in a Nov. 16 post.

"The love I give will overflow from one heart to the next as a gift that keeps giving. I will be one of the reasons that others believe in the true goodness of this world," David posted on Oct. 27, adding: "THAT is what I want my legacy to be. THAT is what I want my children to grow up seeing."

The girl was stabbed several times at about 11am at Stagg High School in Stockton in California's Central Valley and died at a hospital, Stockton Unified School District Superintendent John Ramirez Jr. said at a news conference. 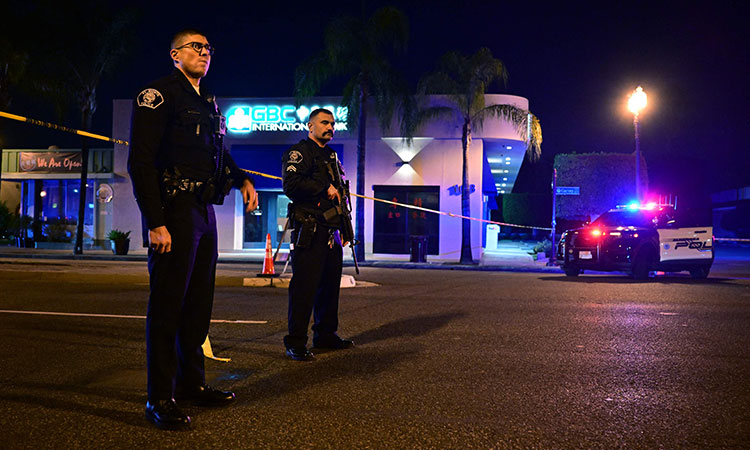 The new year has brought a shocking string of mass killings in the US — six in less than three weeks, accounting for 39 deaths. Three have occurred in California since Jan. 16, according to a database compiled by the media.