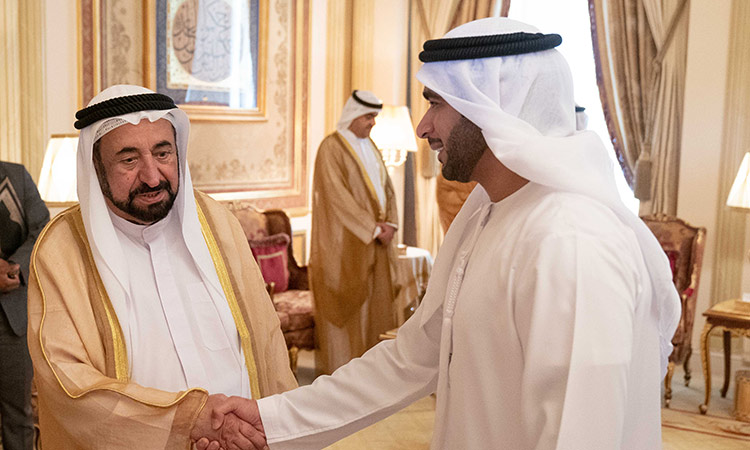 Dr Sheikh Sultan with an Emirati citizen at his palace in Sharjah. File

The Sharjah Debt Settlement Committee (SDSC) approved an amount of Dhs51.596 million, to settle 131 cases of citizens' debts, being presented to the Sharjah Debt Settlement Committee. This step comes in implementation of the directives of His Highness Dr Sheikh Sultan Bin Mohammed Al Qasimi, Supreme Council Member and Ruler of Sharjah, aimed at providing a stable and decent life for the citizens.

Commenting on this, Rashid Ahmed Bin Al Sheikh, Chief of the Sharjah Emiri Court and Head of the Committee, confirmed that the committee has approved, within the 21st batch, the payment of the debts of people from various categories, amounting to Dhs51.596 million.

Al Sheikh added that so far, 1,707 citizens have benefited from the Committee's debt repayment process, with a total of Dhs838,382,153 in debts being processed and settled.

Emiratisation Department set up in Sharjah

His Highness Dr Sheikh Sultan Bin Mohammed Al Qasimi, Supreme Council Member and Ruler of Sharjah, on Sunday directed the establishment of the Emiratisation Department in the emirate of Sharjah to be responsible for the recruitment and follow-up of citizens in the private sector.