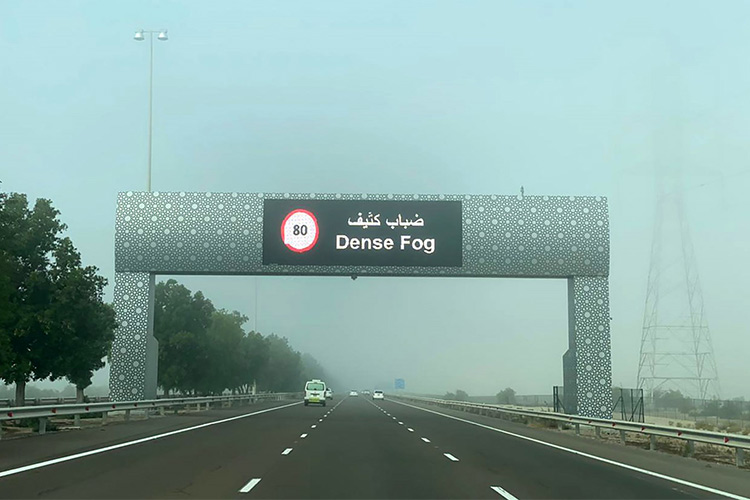 The National Centre for Meteorology said the UAE will be affected as of Sunday until Thursday by a surface depression from the east, which will be accompanied by wet eastern winds, with a high depression extended from the north, with a cold air block.

Clouds are expected to form in the east and north and will extend to the sea and some coastal areas and islands.

NCM expected the formation of clouds in the east and far north, with a possibility of rain fall on Sunday.

The depression will be deeper on Monday and Tuesday, with increasing clouds on the eastern and northern regions to the sea and some coastal areas and islands, with rain fall, according to NCM.

NCM has appealed to road users and drivers to take care and follow traffic guidelines during fog and low horizontal visibility on some internal and coastal areas.