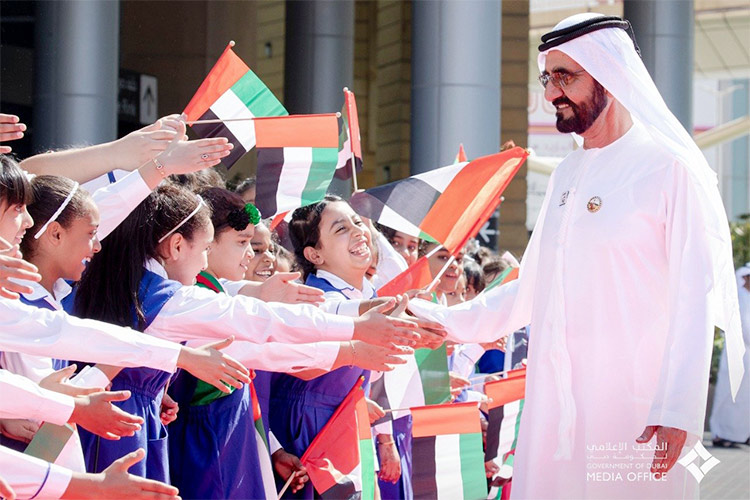 The United Nations Educational, Scientific and Cultural Organisation (Unesco) has unanimously approved the UAE’s National Day which falls on Dec.2 as an International Day of Future for all countries in the world.

The endorsement by Unesco adds a major achievement for the UAE.

His Highness Sheikh Mohammed Bin Rashid Al Maktoum, Vice President and Prime Minister of the UAE and Ruler of Dubai, on Thursday announced the news on Twitter. 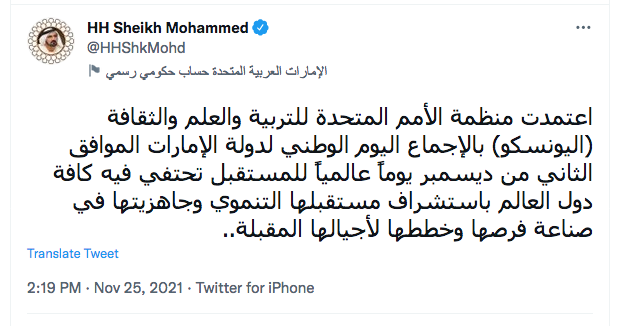 He said on twitter, “The United Nations Educational, Scientific and Cultural Organization (UNESCO) has unanimously approved the UAE National Day (December 2, 2021) as International Day of Future on which all countries of the world will shape future of their development and readiness to create their opportunities and plans for their future generations.” 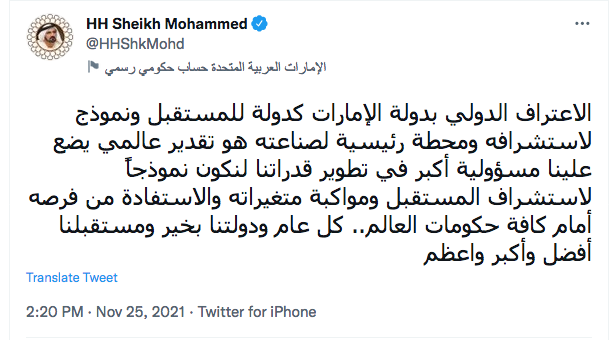 Sheikh Mohammed Bin Rashid also tweeted, “The international recognition of the UAE as a model for anticipating the future and a major station for shaping it, places a greater responsibility on us to redouble our efforts to continue keeping pace with the world changes and benefiting from its opportunities with all governments of the world. I wish our country a brighter and greater future.”