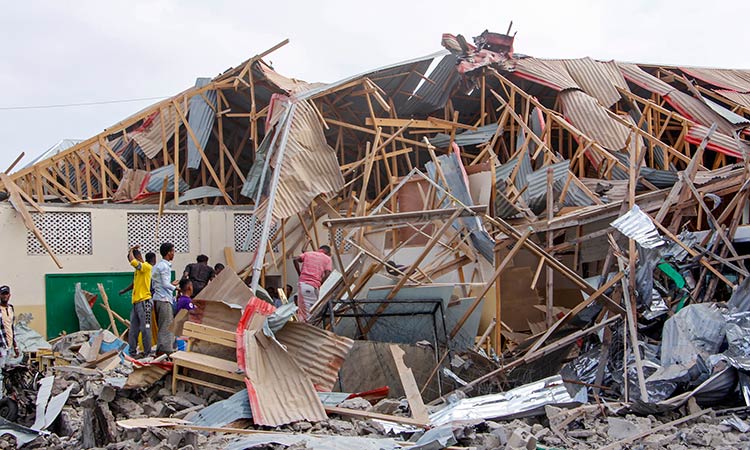 People search for bodies at the scene of a blast in Mogadishu, Somalia, on Thursday. AP

Witnesses say a large explosion has occurred in Somalia’s capital during the morning rush hour early on Thursday, triggering a plume of smoke which rose from the blast site amid gunfire.

There was no immediate claim of responsibility but militant group Al Shabaab frequently carries out bombings in the Horn of Africa country.

A plume of smoke was seen rising above Mogadishu on Thursday.

Fifteen wounded people have been rushed to a hospital, the Amin ambulance service told the media. The blast occurred close to a school. 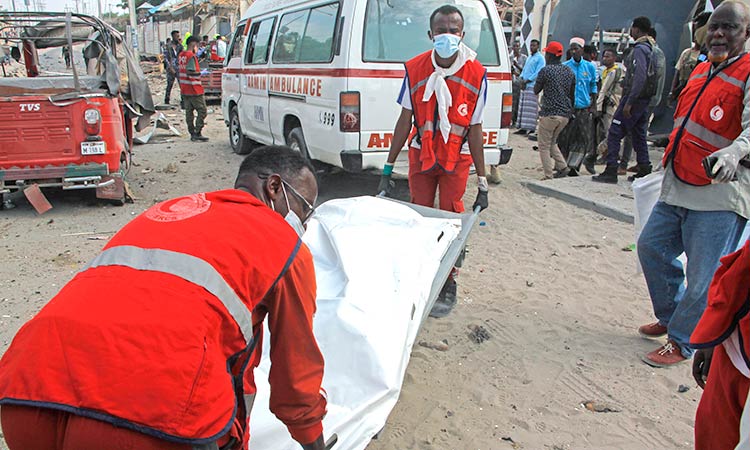 Rescue workers carry away the body who was killed in a blast in Mogadishu, Somalia, on Thursday. AP

The blast which occurred near the K4 junction in the heart of Mogadishu was so huge it collapsed the walls of nearby schools and also left cars mangled.

"We were shaken by the blast pressure, then deafened by the gunfire that followed," Mohamed Hussein, a nurse at the nearby Osman Hospital told Reuters.

He added he had been pulled from the rubble of a collapsed ceiling.

"Our hospital walls collapsed. Opposite us is a school that also collapsed. I do not know how many died," he said.

The extremist group Al-Shabab in a statement carried by its Andalus radio said it targeted Western officials being escorted by the African Union peacekeeping convoy.

The Al Qaeda-linked group frequently targets the capital with attacks.