11 dead, 60 injured, dozens trapped in Russian mine after fire - GulfToday

11 dead, 60 injured, dozens trapped in Russian mine after fire 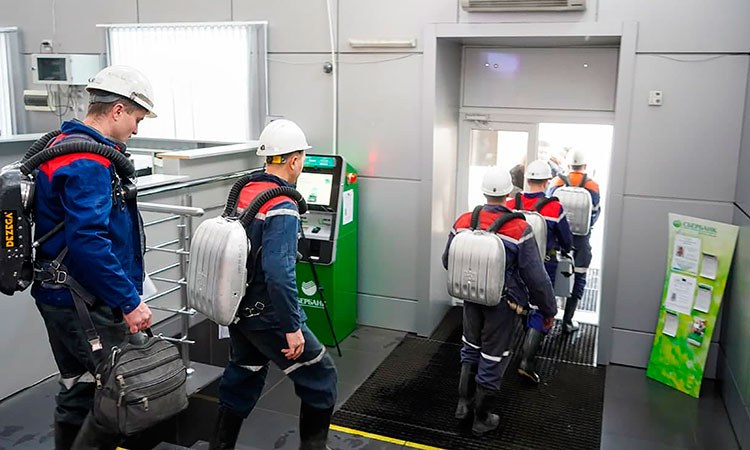 Rescuers walk at the Listvyazhnaya coal mine out of the Siberian city of Kemerovo, Moscow, Russia, on Thursday. AP

A fire at a coal mine in Russia's Siberia killed 11 people and injured 60 others on Thursday, with dozens of others still trapped, authorities said.

Efforts to rescue those trapped in the mine were halted on Thursday afternoon because of an explosion threat, and rescuers were rushed out of the mine, administrators of the mine told the Interfax news agency.

The blaze took place in the Kemerovo region in southwestern Siberia. Russia's state Tass news agency reported, citing an unnamed emergency official, that coal dust caught fire, and that smoke quickly filled the Litsvyazhnaya mine through the ventilation system.

A total of 285 people were in the mine at the time of the incident — 239 of them have been evacuated and 46 other miners are still trapped underground, Kemerovo Governor Sergei Tsivilyov said on his page on the messaging app Telegram. 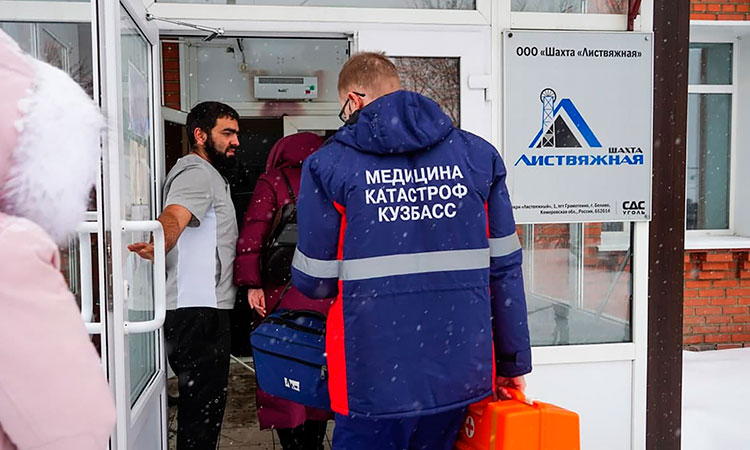 Rescuers enter a checkpoint of the Listvyazhnaya coal mine out of the Siberian city of Kemerovo, east of Moscow. AP

Tsivilyov said in another Telegram post that a total of 60 people with injuries have sought medical assistance, and 38 of them have been hospitalized.

Russia's Investigative Committee has launched a criminal probe into the fire on charges of violating safety regulations that led to deaths.

President Vladimir Putin on Thursday extended his condolences to the families of the killed miners and ordered the government to offer all the necessary assistance to those who were injured, Putin spokesman Dmitry Peskov told reporters. 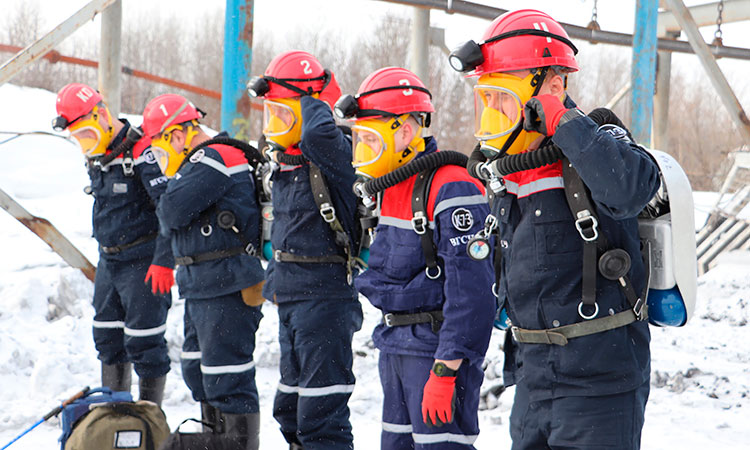 Russian rescuers prepare to work at a fire scene at a coal mine near the Siberian city of Kemerovo. AP

In 2016, 36 miners were killed in a series of methane explosions in a coal mine in Russia's far north. In the wake of the incident, the authorities analyzed the safety of the country's 58 coal mines and declared 20 of them, or 34%, potentially unsafe.

The Listvyazhnaya mine in the Kemerovo region wasn't among them at the time, according to media reports.

The latest inspection of the mine took place on Nov. 19, Interfax reported, citing officials from Rostekhnadzor, Russia’s state technology and ecology watchdog. The report didn’t offer any details on the results of the inspection.