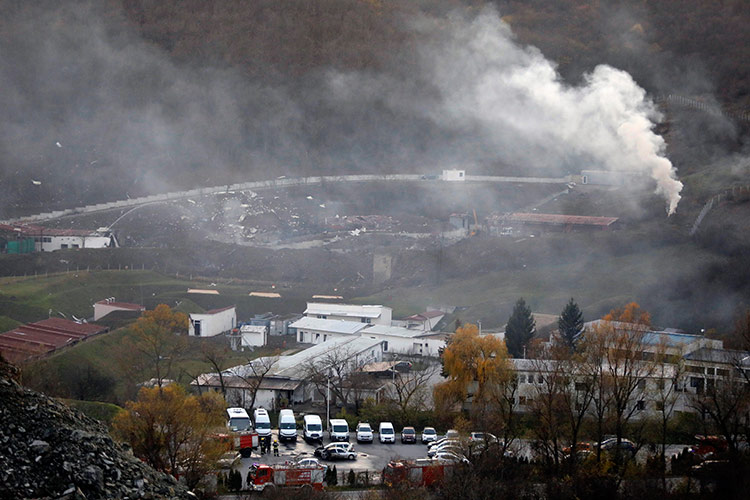 Smoke billows from a factory after blasts near Belgrade, Serbia. AP

Two people were killed and 16 injured on Tuesday in an explosion in the storage area at Serbian turbojet and rocket engine maker EDePro, the interior ministry said in a statement.

At 2.13 p.m. the fire service received a call that an explosion had occurred in a rocket fuel production facility 13 kilometres south of Belgrade, the statement said.

The explosion was in a warehouse in which 500 rockets with 30 kilograms of explosive each have been stored, the statement said.

Head of the firefighters, Milos Majstorovic, said rescue crews were searching the area to see if there were any more injuries.

In 2008, three people were injured in an explosion at EDePro.