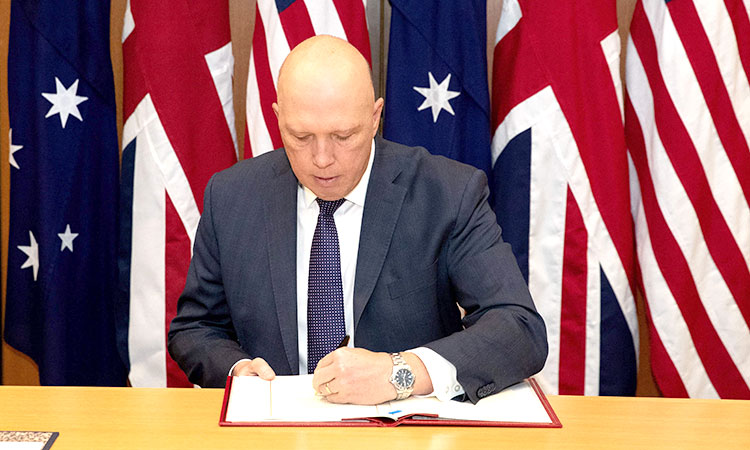 Australia formally embarked on Monday on a hotly-contested programme to equip its navy with nuclear-powered submarines in a new defence alliance with Britain and the United States.

Defence Minister Peter Dutton joined US and British diplomats in signing an agreement allowing the exchange of sensitive "naval nuclear propulsion information" between their nations.

The deal will help Australia to complete an 18-month study into the submarine procurement, Dutton said after signing it in Canberra with US Charge d'Affaires Michael Goldman and British High Commissioner (ambassador) Victoria Treadell.

Details of the procurement have yet to be decided, including whether Australia will opt for a vessel based on US or British nuclear-powered attack submarines. 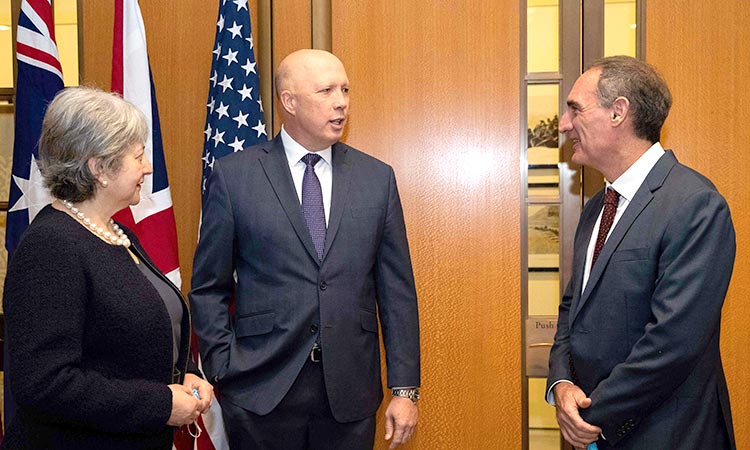 "With access to the information this agreement delivers, coupled with the decades of naval nuclear-powered experience our UK and US partners have, Australia will also be positioned to be responsible and reliable stewards of this technology," Dutton said in a statement.

Ahead of the signing, US President Joe Biden said in a memorandum approving the deal on Friday that it would improve the three countries' "mutual defence posture".

The agreement has angered China, which describes it as an "extremely irresponsible" threat to stability in the region.

It has also infuriated France, which discovered at the last moment that its own diesel-electric submarine contract with Australia -- recently estimated to be worth Aus$90 billion ($65 billion) -- had been scrapped.

Australian Prime Minister Scott Morrison has been unapologetic about his handling of the agreement, insisting it was in his country's national interest and that he knew it would "ruffle some feathers". 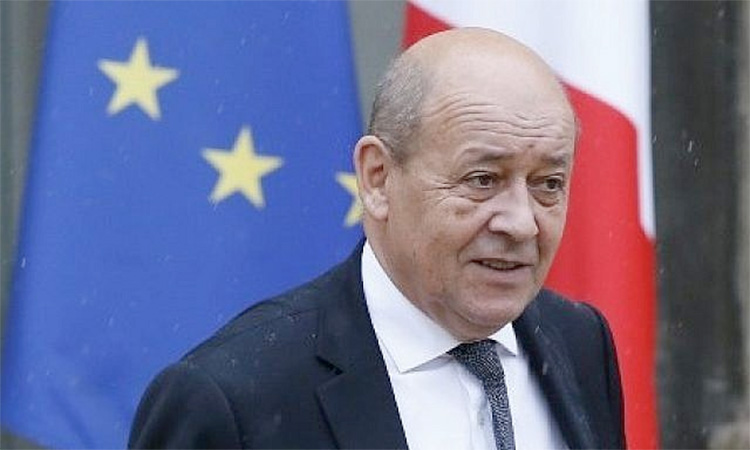 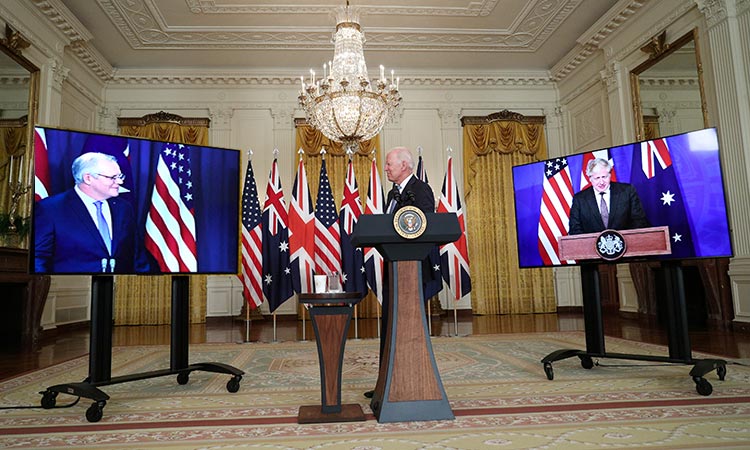