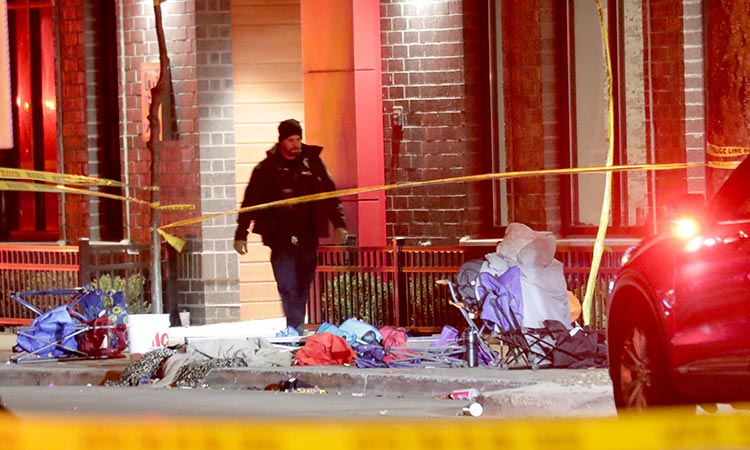 Police investigate at the scene of a crash involving multiple people at a holiday parade in Waukesha on Sunday. AP

A joyous scene of marching bands and children dancing in Santa hats and waving pompoms turned deadly in an instant, as an SUV sped through barricades and into a Christmas parade in suburban Milwaukee, killing at least five people and injuring more than 40 others.

The city of Waukesha posted on its social media accounts late on Sunday that it could confirm at least five died and more than 40 were injured, while noting that it was still collecting information. The city's statement also noted that many people took themselves to hospitals. The city did not release any additional information about those who died.

Guns, stress and politics; US road rage shootings on the rise

One video shows a woman screaming, "Oh my God!” repeatedly after a group of girls wearing Santa hats and dancing with white pompoms is struck. Another shows the SUV plowing into members of a marching band, their music replaced with terrified screams. 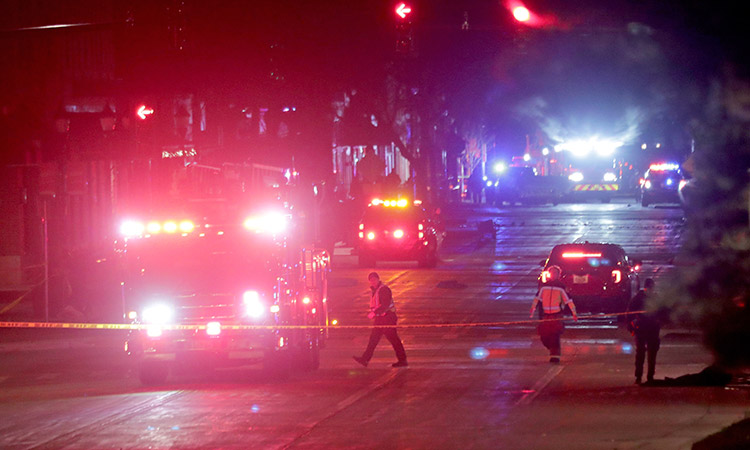 Officials were still gathering information on the incident, which occurred in the town of Waukesha. AFP

"The vehicle struck more than 20 individuals. Some of the individuals were children and there are some fatalities as a result of this incident," Thompson told reporters.

Asked about the fatalities, Thompson said: "I don't have an exact number at this time."

Fire Chief Steven Howard said 11 adults and 12 children were injured and transported to hospitals by his department. It was unknown how many people were taken to hospitals by others. Children’s Hospital of Wisconsin said it received 15 patients from the parade and no reported fatalities as of 8 p.m.

Officials were still gathering information on the incident which occurred just after 4:30 pm (2230 GMT), as spectators in the town of Waukesha, a Milwaukee suburb, watched the annual tradition. 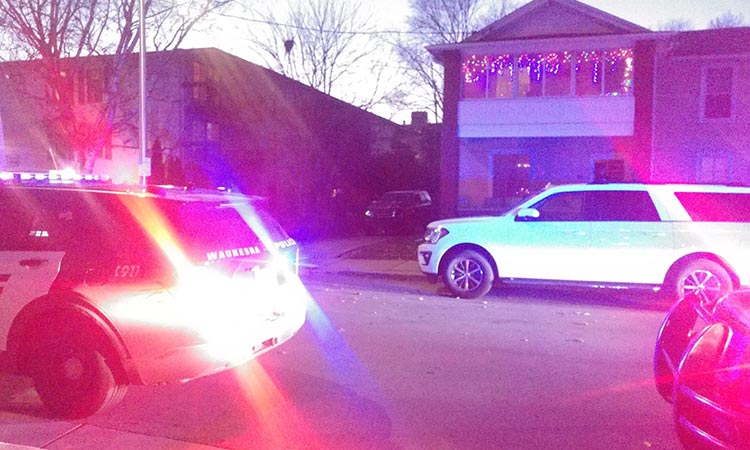 Police cars park near a dented red SUV that may have been the one involved in the holiday parade incident. AFP

A "person of interest" was in custody, Thompson said, adding that officers had recovered the involved vehicle. There were no other threats, officials at the press conference said.

During the incident an officer did fire at the SUV in an attempt to stop it, the authorities added.

Schools will not open Monday and roads will remain closed, Thompson said, while the investigation is continuing.