A 27-year-old man in his bid threaten the son of the woman he was having an illicit affair with put pistol in child’s mouth and also shot a video of his abhorable act.

Police identified the man as Ajit Kumar after the  video clip went viral on social media.

Ajit Kumar was arrested on Sunday.

A video clip of the incident went viral on social media on Saturday after which the man, identified as Ajit Kumar, 27, was arrested on Sunday.

According to police, the 4-year-old boy had seen his mother and Ajit in a 'compromising position' which scared Ajit.

“In order to warn the child against telling telling his father about what he saw, Ajit put pistol into boy’s mouth,” police added. 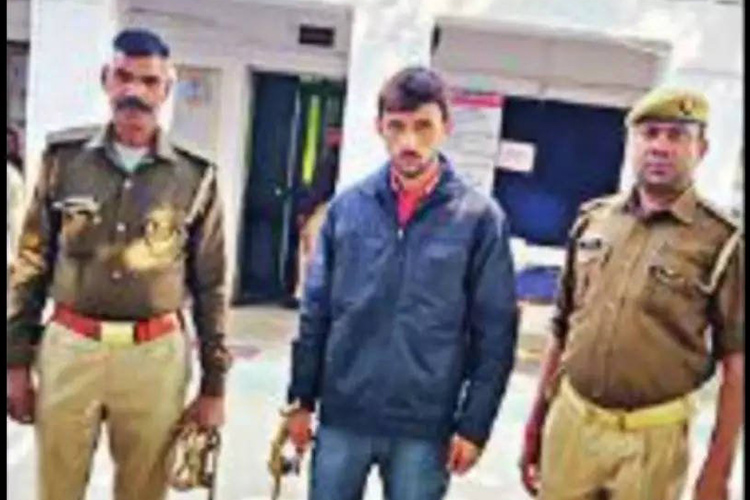 The accused was under the influence of alcohol at the time of the incident.

Police seized a country-made pistol and three cartridges from Ajit.

During investigation Ajit told police that he was not in his senses and shot his own video while committing the crime and shared the video on social media.

The boy's father is a trader and often stays outdoors for work. His wife used to live with her mother-in-law and son.

She recently moved to her maternal home in a village in the Dilari area of Moradabad where this incident took place.