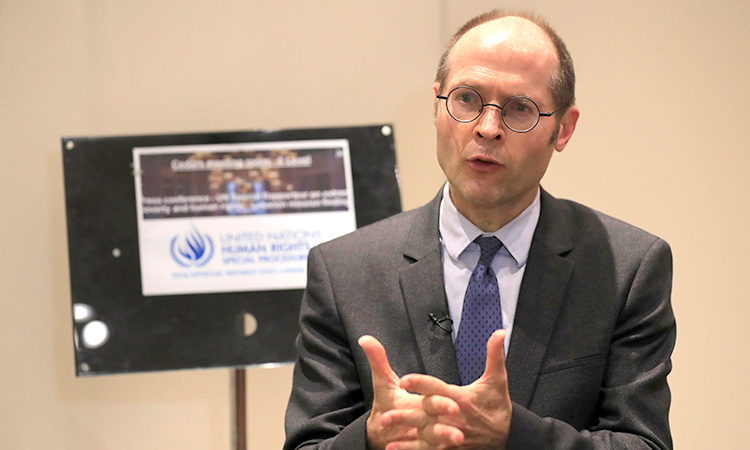 Olivier De Schutter speaks during an interview in Beirut, Lebanon, on Friday. AP

Lebanon is a failing state that has also failed its people, leaving them struggling with converging crises that have impoverished the population and eroded trust in authorities, a UN expert said on Friday.

A senior UN official has warned that if the government does not succeed in implementing quick and serious reform measures as the country is on course to becoming a failed state.

Olivier De Schutter, the UN special rapporteur on poverty, sounded the alarm at the end of a 12-day visit to Lebanon.

In an interview with The Associated Press, he said it is critical that Lebanese politicians realise they cannot rely indefinitely on foreign aid and humanitarian assistance.

"The Prime Minister should exercise his authority and move the country forward. There is no time to waste," Schutter, UN Special Rapporteur on extreme poverty and human rights, said during a press conference held at the end of his mission in the capital Beirut. 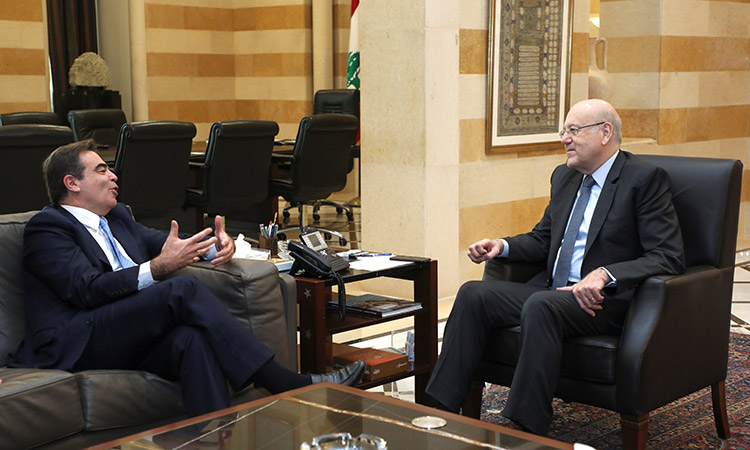 He also noted that with a highly regressive tax system, Lebanon is "among the most unequal countries on the planet whereby 10 percent of the wealthiest people earn 70 percent of the total wealth".

Still, De Schutter said it was not too late for the government to take measures to help protect the impoverished in this nation of 6 million, including 1 million Syrian refugees.

The economic crisis in Lebanon has been described as one of the worst in the world in 150 years. It has plunged more than half the population into poverty in just months, left the national currency in freefall and sent inflation and unemployment soaring.

Doctors, nurses and teachers have left the country in droves; schools have struggled to reopen amid a crippling fuel crisis and the poorest families are forced to marry off their daughters early or send their children to work to cope with the meltdown. De Schutter warned of a "wasted generation.”

After more than a year without a fully-functioning government because of political bickering, Prime Minister Najib Mikati's Cabinet was formed in September.

But disagreements have once again spawned a paralysis - the Cabinet has not been able to meet for weeks.

Lebanon has been going through an unprecedented financial crisis with the local currency depreciating by over 90 per cent, limiting people's ability to afford their basic needs.

The country's social stability started deteriorating since the October 2019 uprising, adding to it is the economic impact of COVID-19 and the deadly Port of Beirut explosions in August 2020.

Moreover, the failure to form an effective government to implement much-needed financial reforms accelerated the deterioration of the socioeconomic situation by resulting in the collapse of the Lebanese pound and an increase in annual inflation by 158 per cent with food inflation going up by 550 per cent.

The country's poverty rate is currently hovering over 78 per cent.