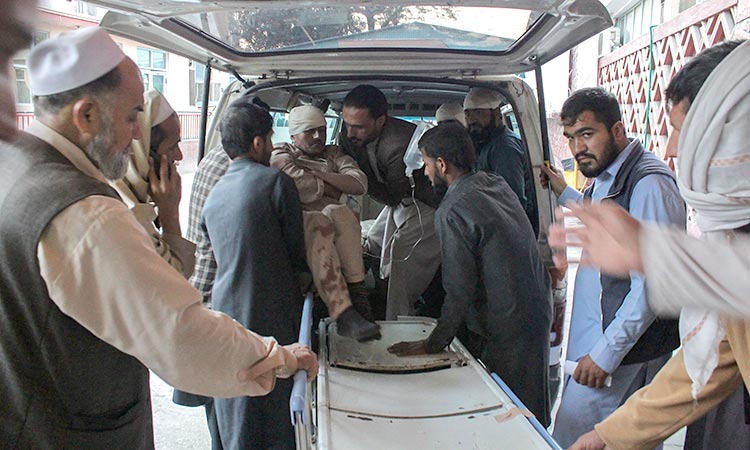 Afghan volunteers help a wounded man after he was injured in a bomb explosion in Jalalabad on Friday. AFP

At least three people were killed and several wounded after an explosion hit a mosque just before Friday prayers in the Spin Ghar district of Nangarhar province in eastern Afghanistan.

The blast — for which no group has yet claimed responsibility — in the Afghanistan's restive Nangarhar province, a hotbed of Daesh activity, officials said.

There was no official confirmation of the toll.

"I can confirm a blast during Friday prayers inside a mosque in Spin Ghar district. There are casualties and fatalities," a Taliban official told AFP. 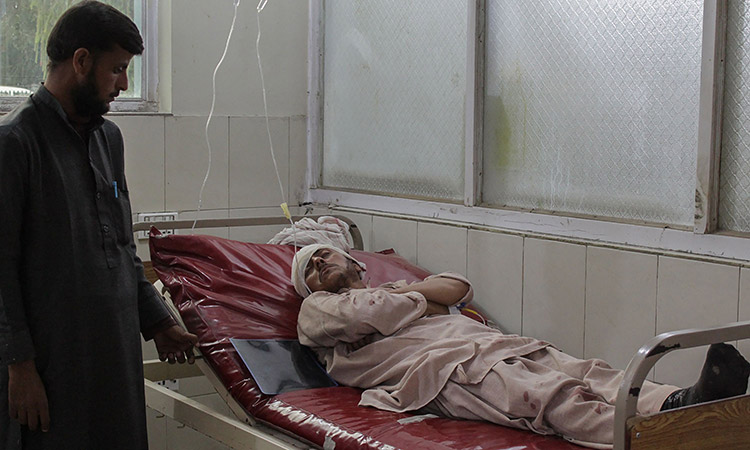 Walli Mohammed, a local elder and activist, told the media a bomb appeared to have been hidden in a loudspeaker near the imam's rostrum.

When the speaker was switched on to sound the azaan -- the call to begin the prayer ritual -- the device detonated, he said.

"So far three killed, 15 wounded," a doctor at the local hospital told AFP.

In a statement, the Nangarhar governor's office said they had arrested two "perpetrators", but provided no other details.

"Further investigation into the incident is ongoing and more actions will be taken," it said.

The explosion occurred near the pulpit of the mosque's prayer leader just as he rose to deliver his sermon, Haji Khyal Gul, 42, one of those injured, told the media.

"My hair, beard, eyebrows were burned ... I also received shrapnel in my chest and arm," he said.

Atal Shinwari, a resident of the area, said the blast occurred at around 1:30pm.