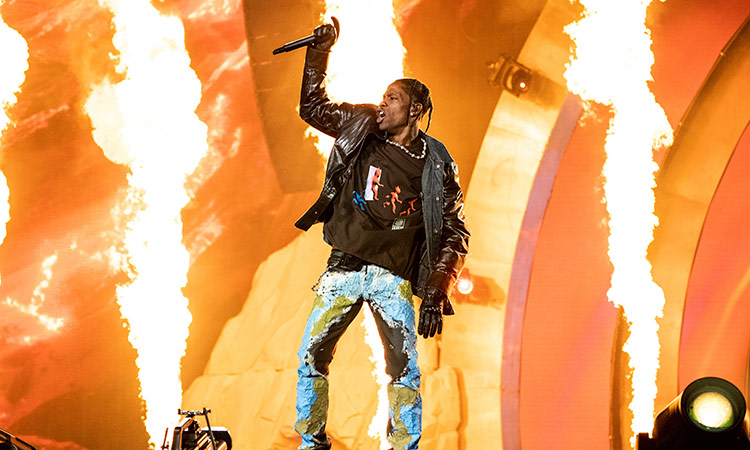 Travis Scott performs at Day 1 of the Astroworld Music Festival at NRG Park in Houston on Friday. File/AP

More than a dozen lawsuits have been filed and a criminal investigation has been opened after eight people died and hundreds were injured in an apparent crowd surge at Travis Scott's Astroworld festival on Friday.

While details of what led to the deadly concert stampede are still emerging, here is an explanation of who could be held liable for the incident.

What do the lawsuits claim?

At least 14 civil lawsuits have been filed against promoter Live Nation Entertainment Inc or a subsidiary, Live Nation Worldwide Inc, according to court records. Of those, 10 name Scott – whose real name is Jacques Webster – as a defendant and one names Drake, a fellow rapper and guest performer.

The lawsuits generally claim that Live Nation acted negligently by failing to create and enforce proper safety protocol, failing to provide adequate security and failing to maintain proper crowd control. The victims were crushed in a chaotic surge near the stage, with some trampled and others unable to breathe.

"Conditions were created and consented to by the festival organisers that caused several stampedes and a crowd compression that resulted in the tragic deaths of eight individuals and the serious injuries of hundreds more," according to a lawsuit filed on behalf of Houston resident Wasem Abulawi, who the suit says was "seriously and permanently injured." 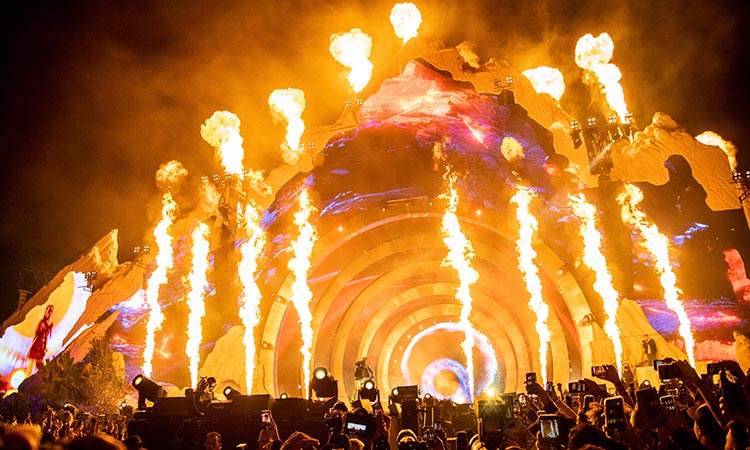 This photo shows the ongoing Astroworld Music Festival at NRG Park in Houston on Friday. File/AP

Kristian Paredes, an Austin, Texas, resident who named Scott and Drake as defendants, said Scott had "incited mayhem or chaos at prior events" and that Drake was aware of Scott's previous conduct.

Scott previously pleaded guilty to disorderly conduct charges related to two separate incidents of encouraging fans to rush to the stage, once at a 2015 music festival in Chicago and later at a 2017 concert in Arkansas, local media in both places reported, according to Reuters.

What is the legal standard?

The most likely party to face liability would be the concert organisers and promoters who determined the level of security, said C.J. Baker, a Texas injury attorney.

To prevail on a negligence theory, the plaintiffs must show that the defendants knew or should have known that there were actions they could have taken to prevent a foreseeable tragedy, Baker said.

As for Scott, his previous behaviour at concerts could help plaintiffs build a case against him, said Richard Mithoff, a Houston personal injury attorney.

"You have to know at some point that if you keep pushing it, this is the kind of tragedy that will result," Mithoff said.

What will the likely defences be?

Scott said in a video posted on social media that he "could just never imagine the severity of the situation."

He paused his performance once it was clear people needed medical attention and encouraged the audience to make room for an ambulance that was winding through the crowd, but later finished his set.

Both Live Nation and Scott would likely argue that the surge was sudden and unexpected, Mithoff said.

"Anytime someone can show that they did everything that a responsible operator would do, and nevertheless there was a tragedy, obviously that's going to cut in their favour," Baker said.

Live Nation said in a statement over the weekend that it was "heartbroken" by the incident.

Could criminal charges be filed?

Houston police have opened a criminal investigation into the incident, and have said they will examine whether security plans were flawed or followed improperly. They are also probing reports that someone in the crowd injected a security guard with drugs.

The decision to file criminal charges could hinge on whether or not Scott or the organisers stepped in to stop the concert once they knew people were becoming injured or killed, Baker said.

Under Texas law, reckless behaviour that causes someone's death is considered manslaughter, according to the state's penal code.

Scott said the Houston police had his "full support." Live Nation said in a statement on Monday that it had met with authorities and handed over all video footage of the concert, adding it had offered refunds to attendees and planned to help pay victims' medical expenses.