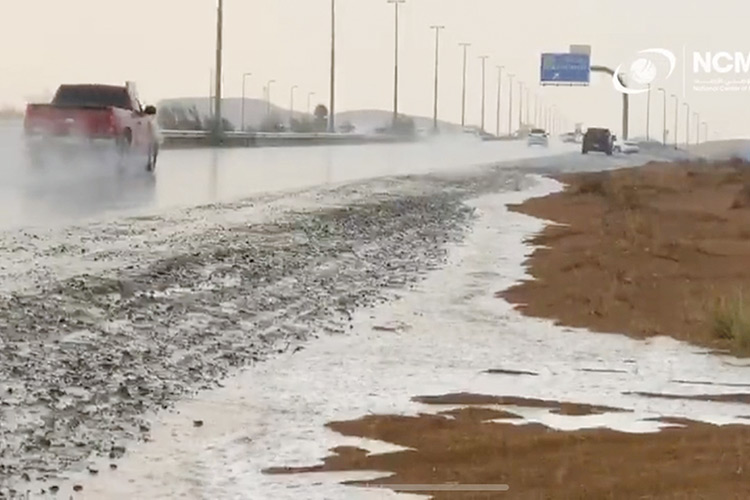 The National Centre of Meteorology called on road users to exercise extreme caution during rain.

Rain of varying degrees of intensity and hail fell on separate areas across the UAE on Saturday due to weather fluctuations. The region is being affected by superficial air depression from the northeast accompanied by air depression and a cold air mass in the upper layers of the atmosphere.

Light rain began falling at noon on Saturday on Al Qarayen and Al Batayeh in Sharjah and on Adhen in Ras Al Khaimah, while light to moderate rain fell on Al Dhaid in Sharjah and Khor Fakan Street, leading to Al Weshah and heavy rain and hailstones on Al Dhaid.

The National Centre of Meteorology (NCM) called on road users to exercise extreme caution while driving during rainfall and lack of horizontal visibility due to rain and dust-stirring winds.

It advised the public to stay away from water gatherings and flooded valleys.

Meanwhile, the Abu Dhabi Police called on drivers to drive at a speed of 80 km during fog and avoid tailgating to bring to a minimum the traffic accidents caused by lack of horizontal visibility.

The NCM said the weather on Sunday would be partly cloudy to cloudy at times over separate areas, with a chance of rain, especially on the islands and some northern and eastern areas. The weather would be humid at night and Monday morning on some coastal and inland areas, the NCM added, noting that light to moderate northwesterly to northeasterly winds would blow at 15 to 25 and up to 35 km/h and the sea would have light waves in the Arabian Gulf and the Sea of Oman.

The weather on Monday would be partly cloudy to cloudy in some areas with a chance of rain, especially on northern and eastern areas and islands, the NCM said, adding that the weather would be humid at night and on Tuesday morning on some coastal and inland areas. The winds would be southeasterly, turning into northwesterly at a low to moderate speed. 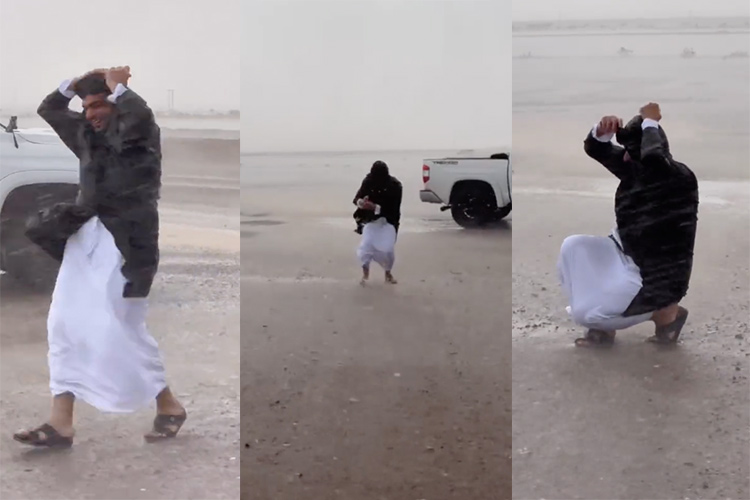