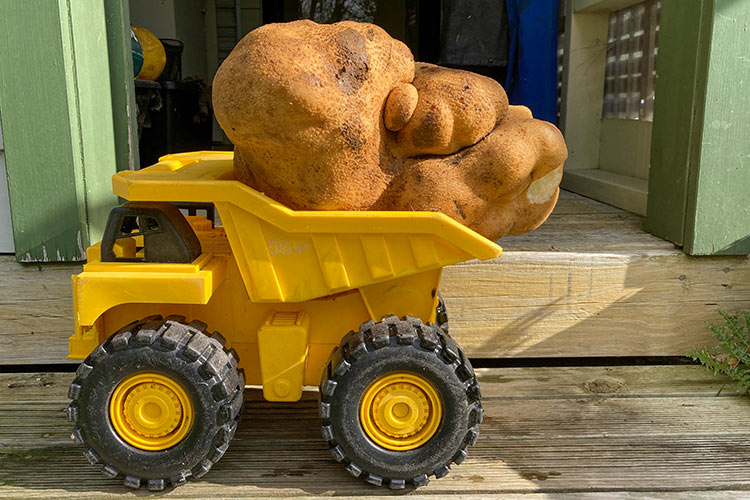 A large potato sits on a toy truck in Hamilton, New Zealand. AP

A couple in New Zealand found a huge potato weighing 7.9 kilogrammes, which may be the largest in the world.

While Colin and Donna Craig Brown were weeding their house garden, the husband's shovel hit a massive object under the soil.

According to local media, Colin thought at the beginning it was a giant mushroom, but after digging, the couple took out that huge body, which turned out to be a huge, strange-shaped potato.

The couple published pictures of the potato, which received a great interaction on the social networking sites. 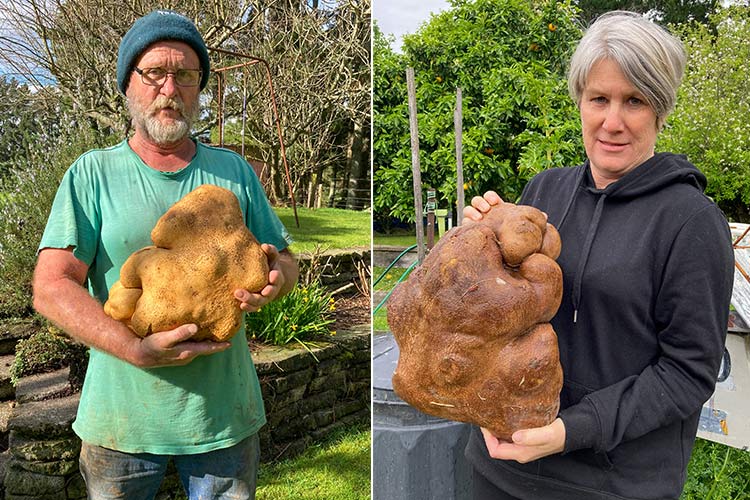 Colin Craig-Browns and Donna pose with the large potato. AP

Colin and Donna applied to the Guinness Book of Records, to record their discovery, as the current record for the largest potato was 5 kilogrammes found in British.

In an interview, the couple said it was a surprise that potatoes grew in that area because it was used for years to grow cucumbers only.

The couple said they have asked the Guinness Book to have Doug recognised and are awaiting a response.

Guinness said it couldn't share any information on the request and that the British potato remains the record holder, at least for now.

Colin said he didn't have any secret gardening tips.

They usually throw a pile of cow manure and straw in their yard and see what happens.