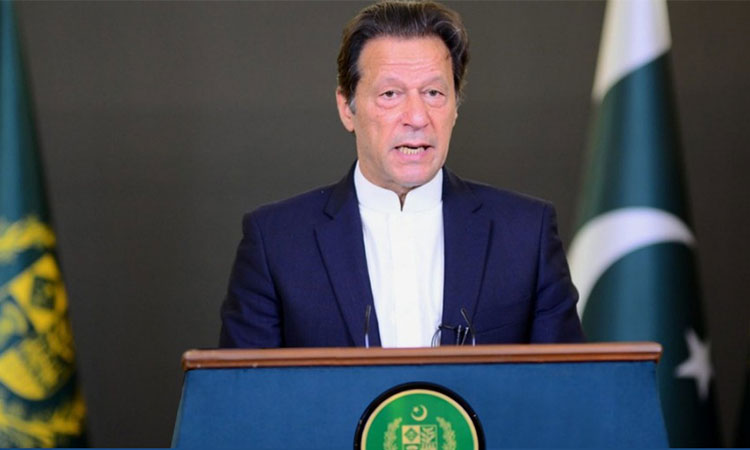 Pakistan’s Prime Minister Imran Khan on Wednesday unveiled an Rs120 billion programme of federal and provincial governments to provide the subsidy to the poor people in buying three essential commodities at this time of price hike.

While addressing the nation, he said the scheme will benefit 20 million families. The commodities include cooking oil, rice and pulses. He said that the deserving people would be provided a 30 per cent subsidy on these items. The programme would continue for six months.

At the end of his speech, broadcast live by TV channels, the prime minister said that he appeals to two political families (of Nawaz Sharif and Asif Ali Zardari) to bring back half of the money they have looted over the past 30 years and he would half the prices of the essential commodities.

Imran said the Ehsas programme of Rs260b was apart from the present scheme. Similarly there was the Kamyab Pakistan programme for which the government has done a funding of Rs1,400b. This is meant to benefit 4 million families, which are being provided interest-free loans for building houses. The farmers are being given similar loans to invest in their lands and the people living in the urban areas are being provided loans to set up small businesses.

The prime minister also mentioned the health cards under which families are getting free treatment at all hospitals. He said the entire Khyber Pakhtunkhwa (KP) province has been covered while the facility would come in the programme till March next.

Before unfolding the programme, Imran talked about the reasons behind the price hike. He said prices have gone up internationally, but still they are quite less than other countries.

He said when he took over as the prime minister, the economy was in the worst shape, and had his government not taken remedial measures, Pakistan would have defaulted.

Imran said Pakistan’s handling of COVID-19 has been hailed worldwide. He said he had resisted imposing lockdown despite criticism from his detractors.