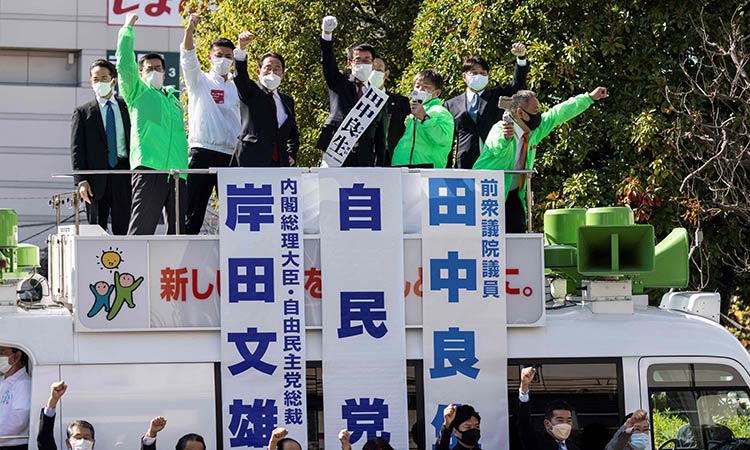 Japanese voters are casting ballots in national elections on Sunday to decide whether to endorse the conservative government of Fumio Kishida or weaken the new prime minister and possibly return the world's third-largest economy to a period of political uncertainty.

It is a first big test for Prime Minister Kishida to determine if he has a large enough mandate to tackle a coronavirus-battered economy, a fast-aging and dwindling population and security challenges from China and North Korea.

Up for grabs are 465 seats in the lower house, the more powerful of the two-chamber Japanese Diet, or parliament. 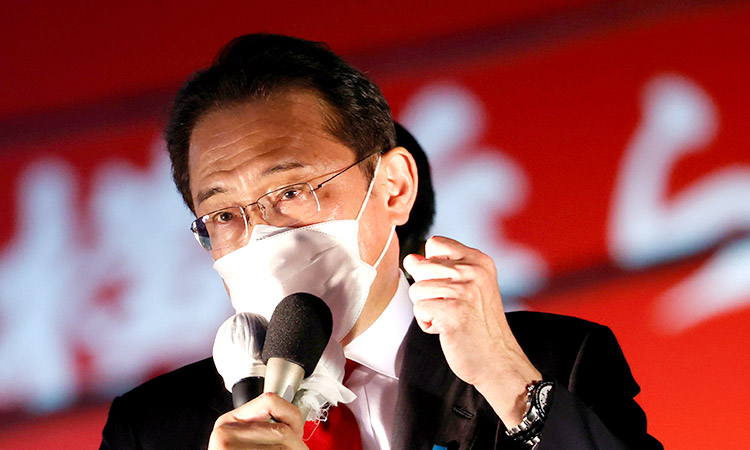 Fumio Kishida delivers a speech to voters in Tokyo, Japan, on Saturday. Reuters

Kishida's governing Liberal Democratic Party is expected to lose some seats from pre-election levels, but maintain a comfortable majority together with its junior coalition partner Komeito.

Kishida, who called the election soon after taking the top post early this month, and for his Liberal Democratic Party (LDP), which its perceived mishandling of the coronavirus pandemic has battered. 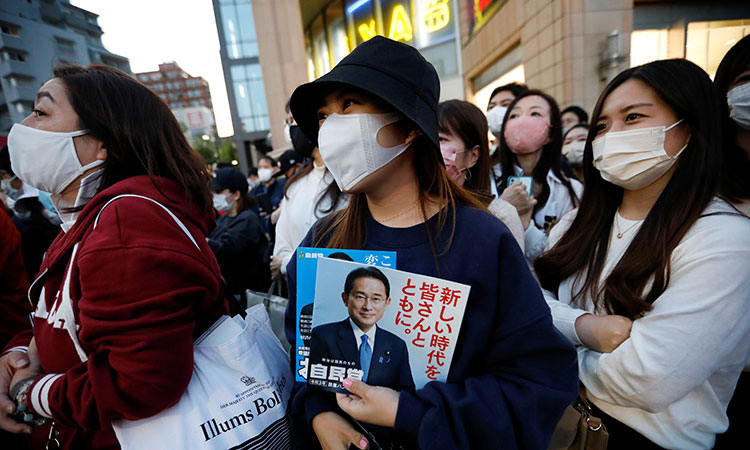 A voter holds a leaflet of Liberal Democratic Party with cover photos of the PM Fumio Kishida in Tokyo. Reuters

Kishida, 64, was elected prime minister on Oct. 4 after winning the leadership race in his ruling party, as its conservative leaders saw him as a safe status-quo successor to Yoshihide Suga and his influential predecessor and Shinzo Abe.

With his lacklustre image failing to inspire voters, the LDP is on the brink of losing its sole majority in the lower house of parliament for the first time since 2009, opinion polls show, although its coalition with junior partner Komeito is forecast to remain in control. 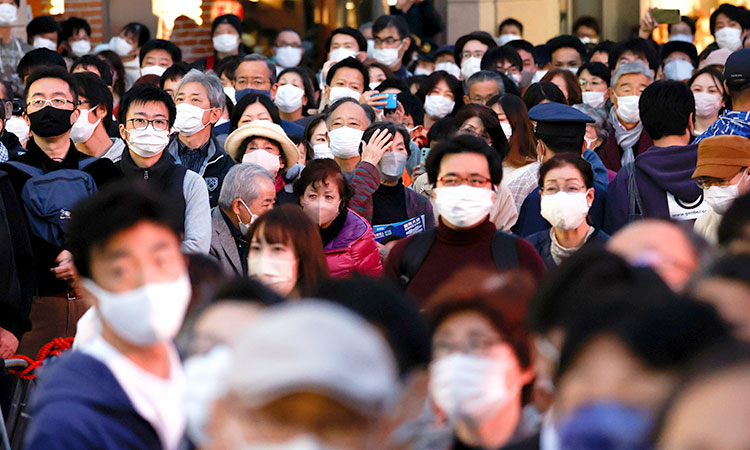 Voters gather in a crowd to listen a speech by Prime Minister Fumio Kishida in Tokyo, Japan, on Saturday. Reuters

Kishida dissolved the lower house only 10 days after taking office, calling for this election and declaring that he wanted a mandate from voters for his new government before getting to work.

The short, 12-day campaign period that followed the LDP leadership race, which had dominated media coverage, unfairly gave Kishida's party an advantage over the opposition, some experts say. 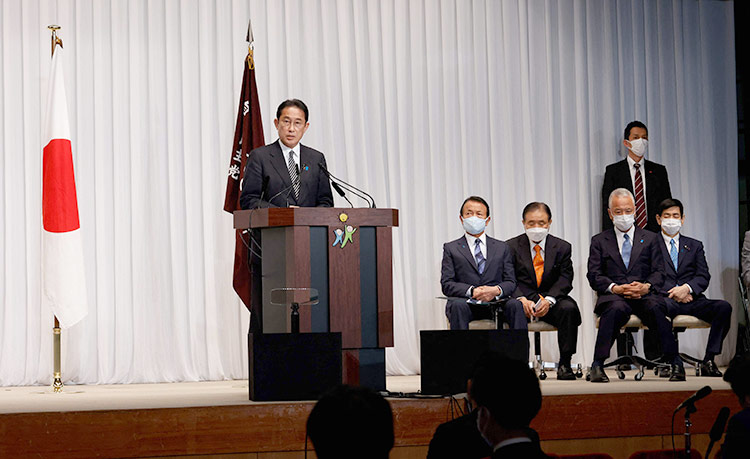 The long-ruling Liberal Democratic Party (LDP) and its junior coalition partner Komeito won 293 of the 465 seats in parliament's lower house, local media reported while the official result was finalised.