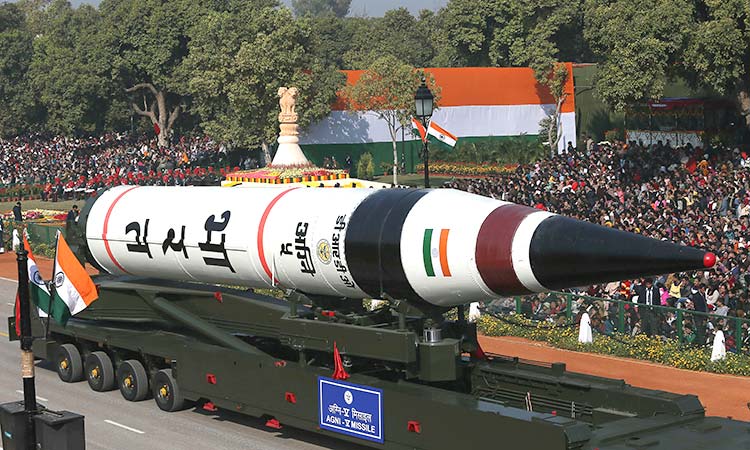 India has tested a ballistic missile capable of carrying a nuclear warhead up to 5,000 kilometres (3,100 miles), the defence ministry said, in what media called a "stern signal" to China as the two remain locked in a border spat.

The Agni-5 missile blasted off from Abdul Kalam Island off India's east coast late Wednesday and splashed into the Bay of Bengal.

The successful launch on Wednesday was in line with "India’s policy to have credible minimum deterrence that underpins the commitment to no first use,” said a government statement.

The Agni-5 missile splashed down in the Bay of Bengal with "a very high degree of accuracy,” said the statement issued on Wednesday night. 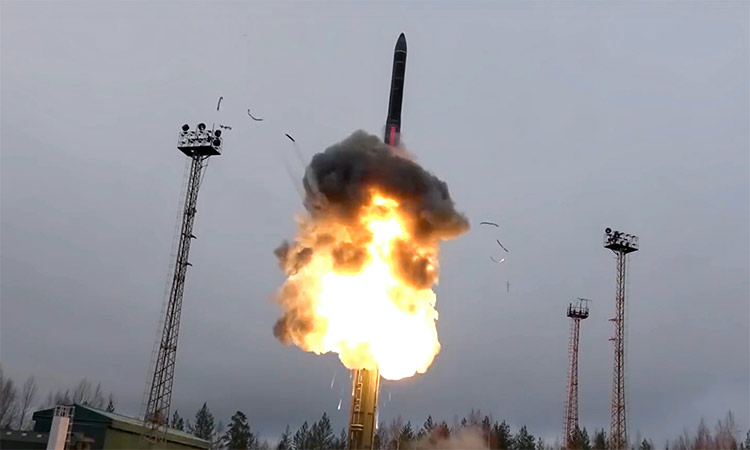 The 17-metre-tall missile has been tested several times before, but not at night, and local media said that the timing was aimed at sending a signal to Beijing.

Tensions with China have been running high since 20 Indian soldiers died in clashes on their disputed Himalayas border in June 2020.

The nuclear-armed neighbours have since reinforced the frontier with tens of thousands of extra troops.

Beijing’s powerful missile arsenal has driven New Delhi to improve its weapons systems in recent years, with the Agni-5 believed to be able to strike nearly all of China.

India is already able to strike anywhere inside neighboring Pakistan, its archrival against whom it has fought three wars since gaining independence from British colonialists in 1947.

New Delhi is also a major buyer of Russian military hardware, and ordered Moscow's S-400 missile defence system despite the threat of US sanctions over the $5.4 billion deal.