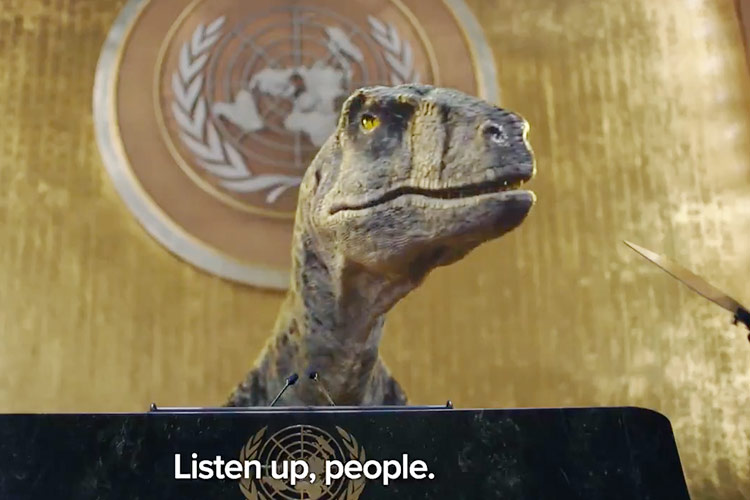 The dinosaur addresses the United Nations in New York.

The United Nations summons an unusual "witness" to bear witness to the dangers of burning fossil fuels that stoke global warming: A dinosaur.

In a video posted on social media before the UN Climate Change Summit, a computer-generated dinosaur bursts into the United Nations famous New York General Assembly Hall for telling diplomats around the world that "Extinction is a bad thing.


"The light-hearted clip, dubbed in the English version by actor Jack Black, carries a serious message.

"You are heading for a climate catastrophe," proclaims the dinosaur.

In an accompanying report released on Wednesday, the United Nations says its research shows the world spends more than four times as much each year, roughly $423 billion to subsidize fossil fuels for consumers rather than helping poor countries deal with global warming. 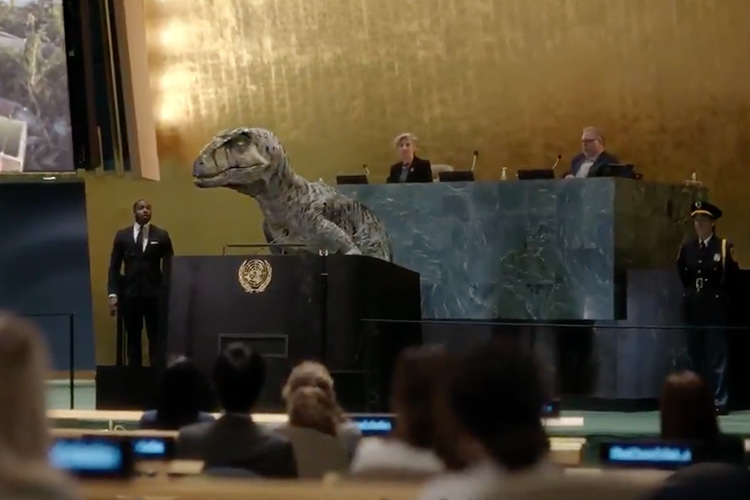 The computer-generated dinosaur tells diplomats that ‘going extinct is a bad thing.’

The figure does not include the indirect costs of burning oil, coal and gas, such as the damage that fossil fuel emissions cause to the environment and to human health.

UN Secretary General Antonio Guterres has repeatedly called for an end to fossil fuel subsidies, something many governments fear that rising prices could trigger social unrest.  The head of the UN Development Programme, Achim Steiner, acknowledged that reforming the system of fossil fuel subsidies would not be easy and might look different in each country.