VIDEO: Fire breaks out in a car in Abu Dhabi - GulfToday

VIDEO: Fire breaks out in a car in Abu Dhabi 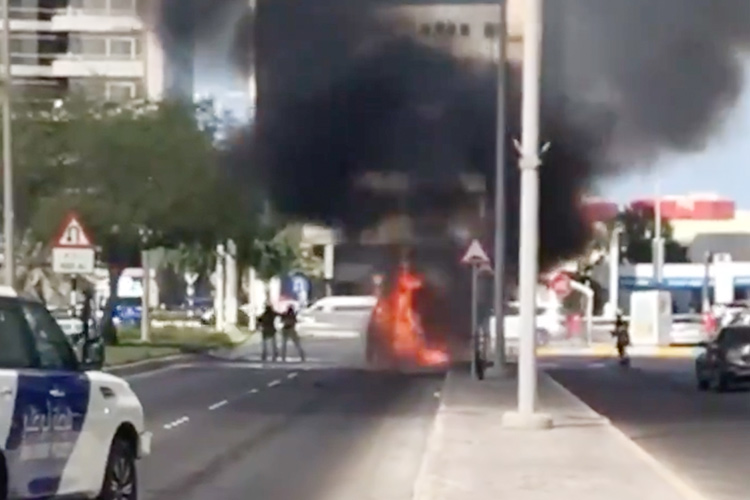 A videograb shows a fire which broke out in a vehicle.

The Civil Defence teams of Abu Dhabi controlled a fire which broke out in a vehicle in the Khalidiyah area without injuries.

The Operations Room of the Civil Defence Department received a report of a fire in a vehicle in Khalidiyah area on Wednesday morning.

Instantly, the Civil Defence teams, the national ambulance and police patrols rushed to the scene.

They controlled the fire in record time.

The Civil Defence Department in Abu Dhabi appealed to vehicle owners to do the periodic maintenance for their vehicles and keep fire extinguishers in their vehicles to minimise material losses.

The police said such accidents can take life-threatening turns and lead to widespread damage.