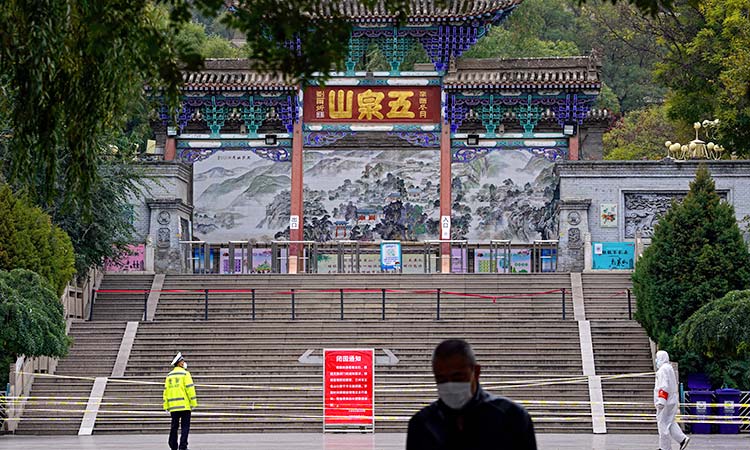 A man wearing a face mask walks by a masked policeman in Lanzhou city, China, on Monday. AP

China placed a city of four million under lockdown on Tuesday in a bid to stamp out a domestic coronavirus spike, with residents told not to leave home except in emergencies.

Beijing imposed strict border controls after the virus was first detected in China in late 2019, slowing the number of cases to a trickle and allowing the economy to bounce back.

But it has stamped down hard on any local outbreaks and Tuesday's fresh restrictions came as China reported 29 new domestic infections — including six cases in Lanzhou, the provincial capital of northwestern province Gansu. 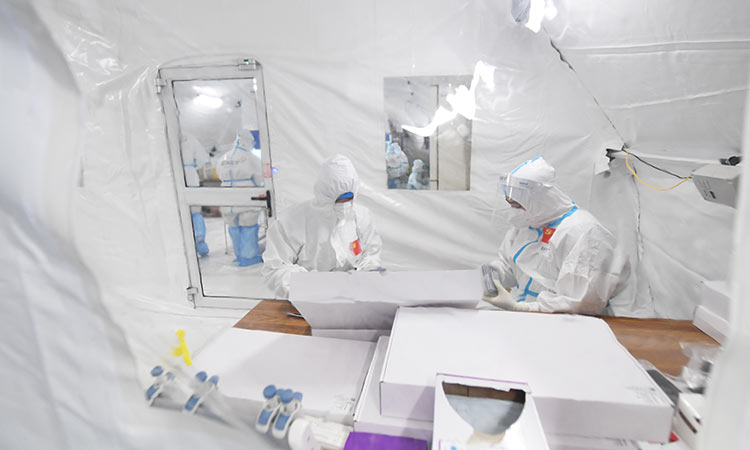 Residents of Lanzhou will be required to stay at home, authorities said in a statement.

Meanwhile, tens of thousands of people in northern China were under strict stay-at-home orders on Monday as authorities sought to stamp out a growing Covid outbreak in the run-up to the Beijing Winter Olympics.

Officials in the Chinese capital also restricted access to tourist sites and advised residents not to leave the city unless necessary, although regular transport services continued as normal. 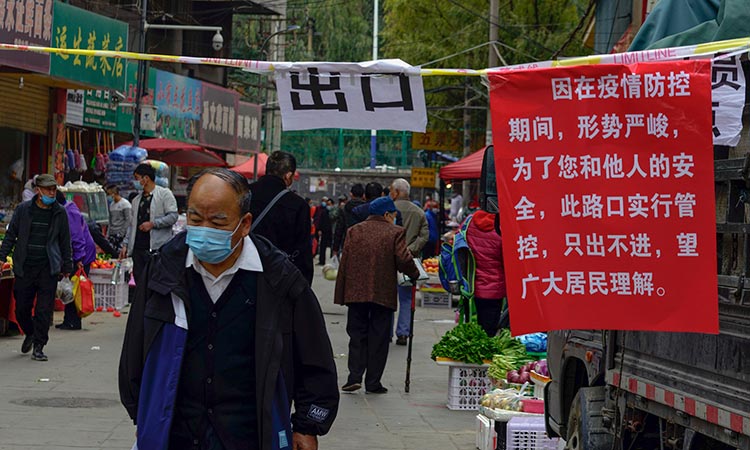 A man wearing a face mask walks by a note which reads one-way policy on a street in Lanzhou city on Monday. AP

Officials added the "entry and exit of residents" would be strictly controlled and limited to essential supplies or medical treatment.

China's latest outbreak has been linked to the contagious Delta variant, with the tally from the latest spread hitting 198 cases since October 17.

Health officials have warned that more infections may emerge as testing is ramped up in the coming days to fight the outbreak, which has been linked to a group of domestic tourists.

Strict stay-at-home orders have already been imposed on tens of thousands of people in northern China.