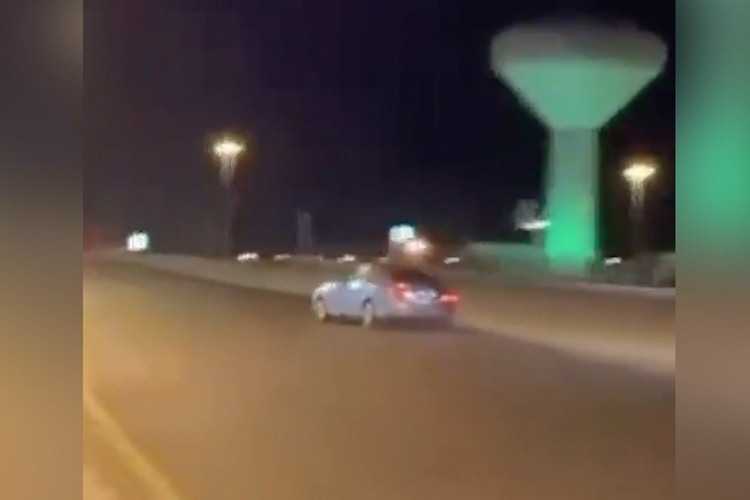 A videograb shows the car losing control at an intersection in Riyadh.

A video clip recorded by a Saudi citizen showed the moment a car crashed out of control while its driver was drifting and ran over a number of people in Al-Quway'iyah, Riyadh.


The circulating video clip showed that a number of vehicle drivers practiced drifting on one of the Al-Quway'iyah roads in Riyadh, including a GMC car that got out of control as a result of overspeeding.

The car veered from its lane and crossed the sidewalk to the opposite side, and collided with some other cars. Two people died in the accident while a third one was injured.