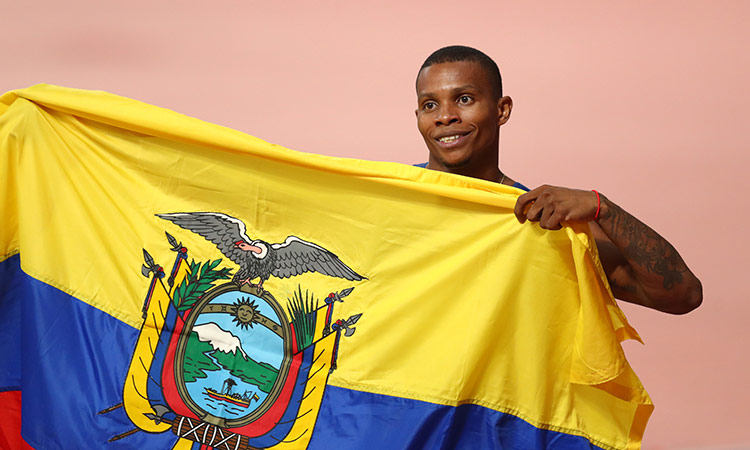 He was murdered in the port city of Guayaquil, authorities announced, sparking a nationwide state of emergency beginning on Monday in a bid to track down his killers.

The 32-year-old finished third at the World Championships in Doha two years ago to become the first Ecuadorian athlete to win a global medal in a track event.

In response, Ecuador's President Guillermo Lasso on Saturday decreed a state of emergency throughout the country. Set to begin Monday, the order will last 60 days with the military to take to the streets to patrol and carry out searches. 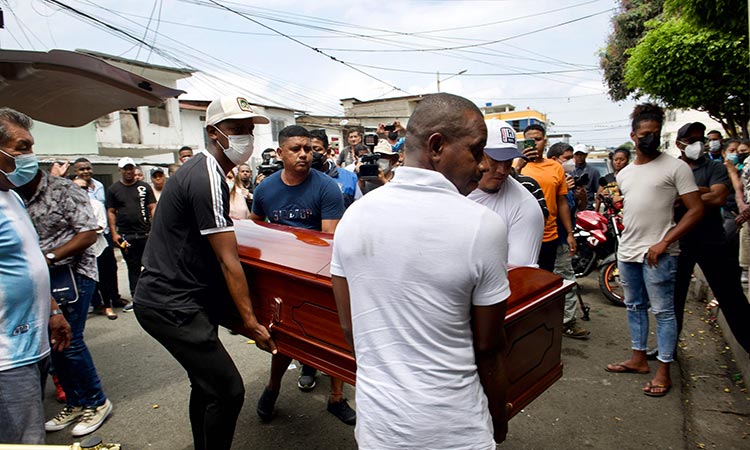 Relatives carry the coffin of Ecuadorian athlete Alex QuiÒonez at a funeral home in Guayaquil on Saturday. AFP

"Those who take the lives of Ecuadoreans will not remain unpunished. We will act with force," Lasso tweeted.

The provincial governor likewise pledged accountability for the murders.

"No one will rest until @PoliciaEcuador captures the culprits. We are facing a war against drug gangs that intend to subdue us," Pablo Arosemena, the governor of the Guayas province, whose capital is Guayaquil, said on Twitter.

"We have lost a great sportsman, someone who allowed us to dream, who moved us," the ministry said. 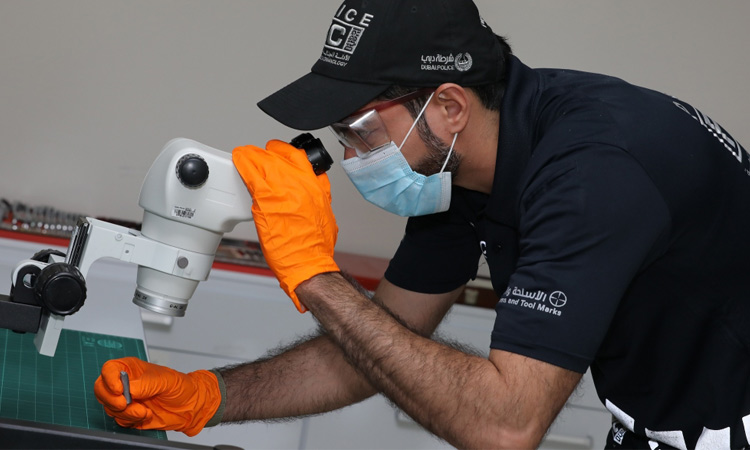