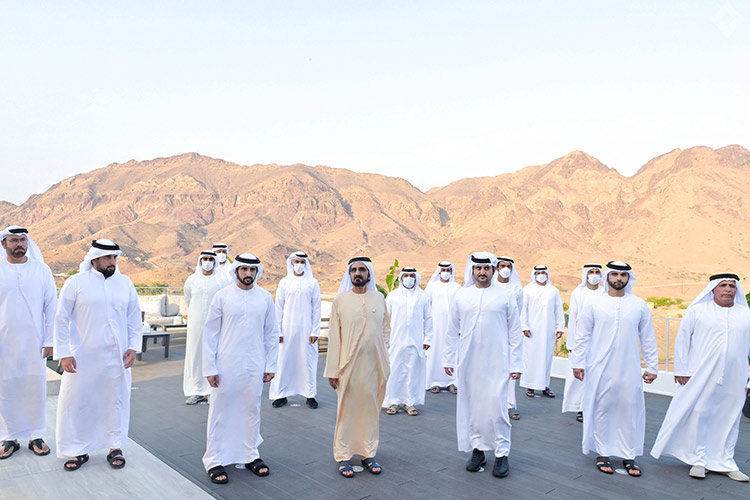 Sheikh Mohammed and other dignitaries during the announcement of Hatta development plan.

“Our ultimate objective is to make Hatta a distinctive tourist destination, especially in the fields of recreational, health and environmental tourism,” said Sheikh Mohammed.

“Our goal is to make citizens happier, support the youth and benefit from their capabilities and innovative ideas for Hatta’s development, as well as unlock the true social and economic potential of the area,” Sheikh Mohammed added.

“Teams will soon embark on a cohort of projects and initiatives, and our partners in the private sector will play a key role in driving investments that generate promising employment prospects in Hatta,” he tweeted further. 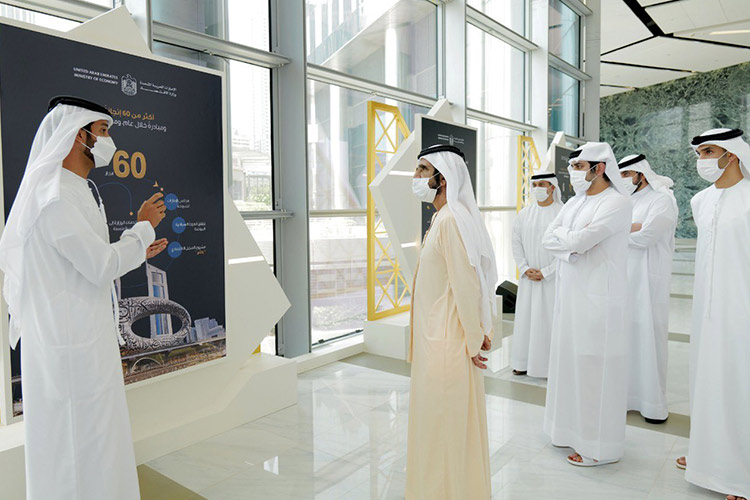 Sheikh Mohammed launched a Skill-Up Academy and a new platform to support the growth of start-up companies to be large Scale-up Platform.

Sheikh Mohammed continued, "The UAE has been has been climbing the ladder in most global indexes over the past 50 years." 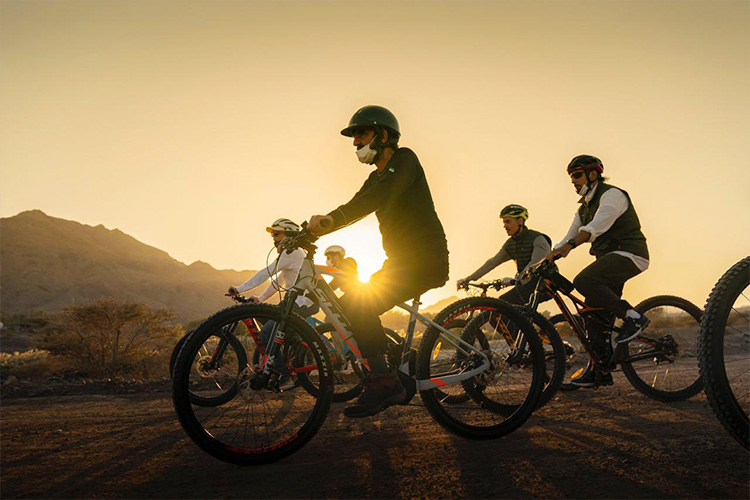 50 Years of ADFD: Over Dhs150b development funding and investments in 97 countries

Since its establishment in 1971, Abu Dhabi Fund for Development (ADFD) has been playing a leading role in translating into reality the UAE’s vision to strengthen the economies of developing countries, as well as supporting the national economy and enhancing its competitiveness at the global level.