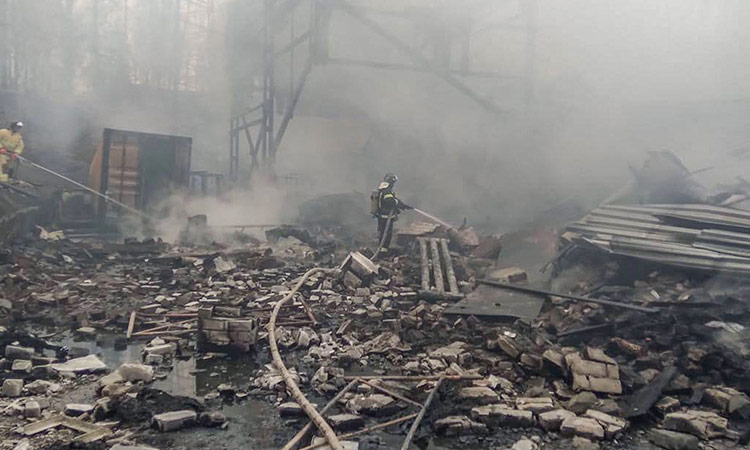 Firefighters work to put out a fire at a gunpowder and chemicals plant in Ryazan Region, Russia.

Sixteen people were killed and one person was missing after a deadly fire broke out at a Russian explosives factory southeast of Moscow on Friday, local authorities said.

The blaze took place in the village of Lesnoy, 300 kilometres (185 miles) from the capital in the region of Ryazan.
Authorities originally said 15 people had died, but later said one man who received severe burns had died in hospital.

"The fate of one more person is unknown," the local government said on its website, adding that rescuers are "looking for him".
Seventeen people were believed to have been inside the plant's workshop at the time of the fire.

Images released by authorities showed firefighters working their way through the debris at the severely damaged factory building.
The plant is considered a "strategic company" by the Russian government. According to its website, it produces explosives for both the civilian and military sectors.

Russia's emergencies ministry said the fire could have broken out as a result of "violations of technological processes and safety measures" at the local PGUP Elastic factory.

Detectives were dispatched to the village to probe if the factory had complied with "industrial safety" standards, said the Investigative Committee, which probes major crimes in Russia.

The blaze is the latest in a string of deadly accidental fires in Russia, where non-compliance with safety standards -- that are already lax -- is common.

- Psychologists working with families -
The acting head of the emergencies ministry, Alexander Chupriyan, arrived at the site by helicopter.
He took charge of the ministry after its chief Yevgeny Zinichev died falling off a cliff during Arctic exercises last month.

Firefighters first received a report that a fire had broken out at the plant at 08:22 am local time, the emergencies ministry said.
Around 100 rescuers were working in the area, it added.

The fire, which covered an area of 160 square metres, had been put out and did not pose a danger to locals.
The Ryazan government said it had brought in psychologists to "work with the families of the victims."

The governor of the Ryazan region, Nikolai Lyubimov, said that authorities would provide "all necessary help and support" to the families.
According to its website, the factory belongs to state conglomerate Rostec, which brings together a range of companies supplying industrial or high-tech products to civilian and military sectors.

But local media said the factory went bankrupt in 2015 and that its workshops were used by other companies of the explosives sector.
Accidental fires are common in Russia, where hundreds of blazes are recorded each year due to lax safety standard compliance as well as ageing and dilapidated infrastructure.

In Russia's worst fire disaster in recent memory, an inferno at a shopping centre in the Siberian city of Kemerovo in 2018 left 64 people dead, including 41 children.

Authorities in the aftermath found that hundreds of commercial and cultural sites across the country fall below fire safety standards.
Government critics say graft is at the heart of safety rules being violated more broadly as building permits are given by officials in exchange for bribes. 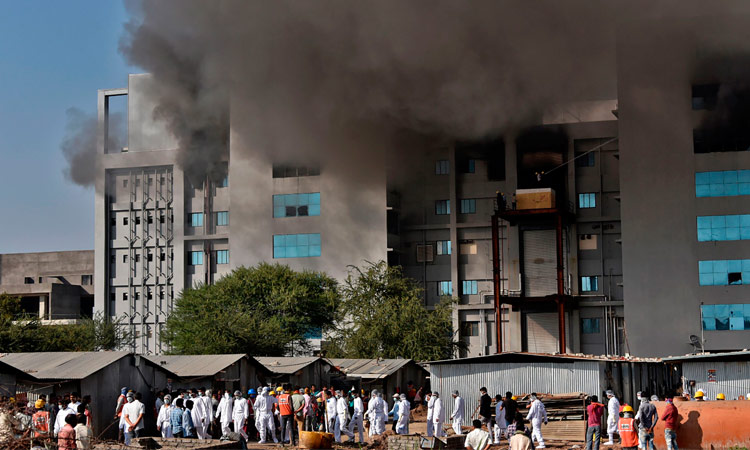