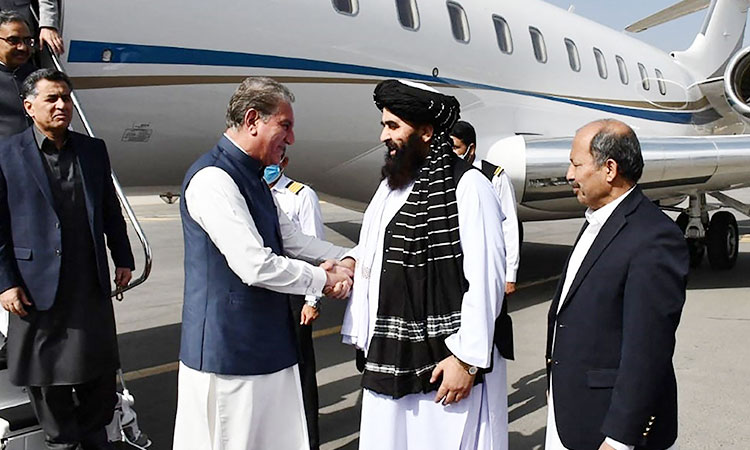 Amir Khan Muttaqi (2R) receives Shah Mahmood Qureshi upon his arrival at the airport in Kabul on Thursday. AFP

Foreign Minister Shah Mahmood Qureshi visited Kabul on Thursday for the first time since the Taliban victory in August, following weeks of tension over transport links between Pakistan and Afghanistan.

Qureshi said that Pakistan desired durable peace and stability in Afghanistan. The foreign minister, who reached Kabul on Thursday on a one-day visit, held a meeting with Afghanistan's interim Prime Minister Mullah Hassan Akhund. This is the foreign minister's first visit to Kabul since the Taliban took over in August.

The visit comes after prolonged problems at the Chaman border crossing, one of the main trade transit points between Afghanistan and Pakistan, which has been closed for more than two weeks, causing severe problems for truckers and exporters.

Qureshi said Pakistan was determined to help Afghanistan avoid a collapse of its economy and had agreed measures to ease some border restrictions and facilitate trade, including on-arrival visas for Afghan business travellers. "We have taken steps that will benefit Afghanistan financially," he told reporters in Kabul along with Akhund.

Imports of fresh fruit and vegetables from Afghanistan would also be allowed duty free, Qureshi said, in a move aimed at helping Afghan fruit producers hurt by the border closures.

Farmers near the southern city of Kandahar have been forced to leave pomegranates and other export produce to rot because trucks cannot get through to their markets across the border. But there was no agreement to restart flights by Pakistan International Airlines, which suspended operations from Kabul last week after it accused Taliban officials of interference.

The airline has faced local anger after it raised the price of a one-way ticket to as much as $2,500, citing the cost of the premiums it was forced to pay for operating in what insurers consider a war zone.

Qureshi's delegation on Thursday included the head of the ISI intelligence service, Faiz Hameed, who had also visited Kabul in the immediate aftermath of the fall of the city.

"There were detailed talks with the Afghan Taliban leadership which were attended by the prime minister and almost all cabinet ministers," Qureshi said afterwards, in a brief video clip.

In the same clip distributed to media, Qureshi's Afghan counterpart, Taliban Foreign Minister Amir Khan Muttaqi, called it a "very good interaction" during which trade and reopening the borders was discussed.

"We are very hopeful that all our trade issues will be resolved very soon, borders will open again," he said.

Before the meeting, Pakistan's foreign ministry said in a statement that Qureshi would focus in his talks with Muttaqi and other Taliban leaders "on ways and means to deepen cooperation in diverse areas." 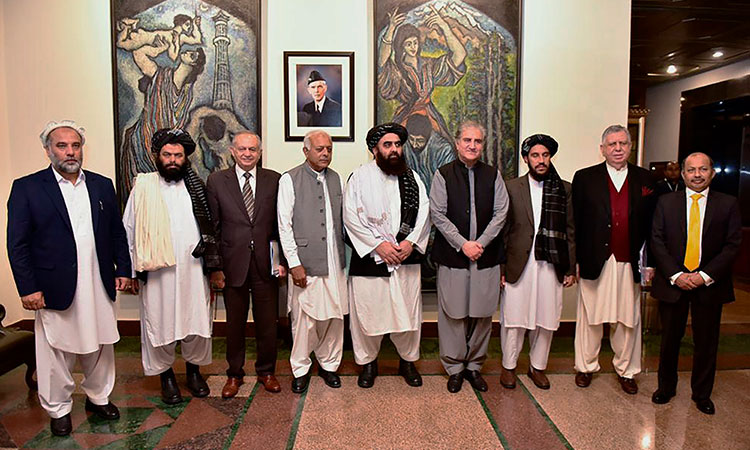 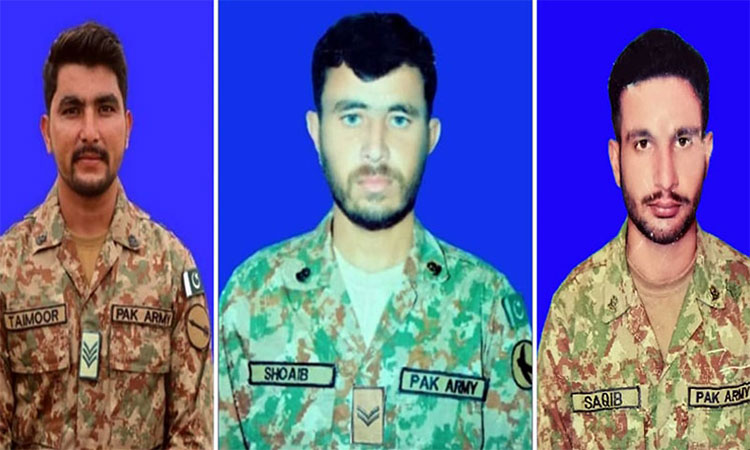