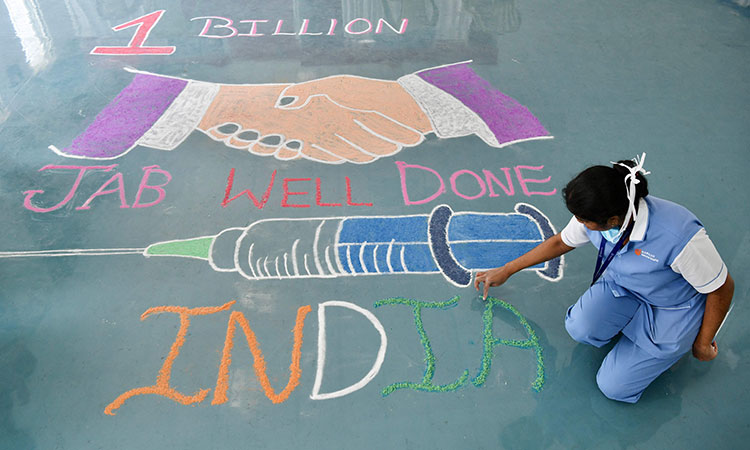 A medical staff draws Rangoli design on the floor of the Ramaiah Hospital in Bangalore on Thursday as they celebrate India administering its billionth vaccine dose. AFP

India administered its billionth COVID-19 vaccine dose on Thursday, passing a milestone for the South Asian country where the delta variant fueled its first crushing surge earlier this year.

According to the government, around three-quarters of adults in the country of 1.3 billion people have had one shot and around 30 percent are fully vaccinated. 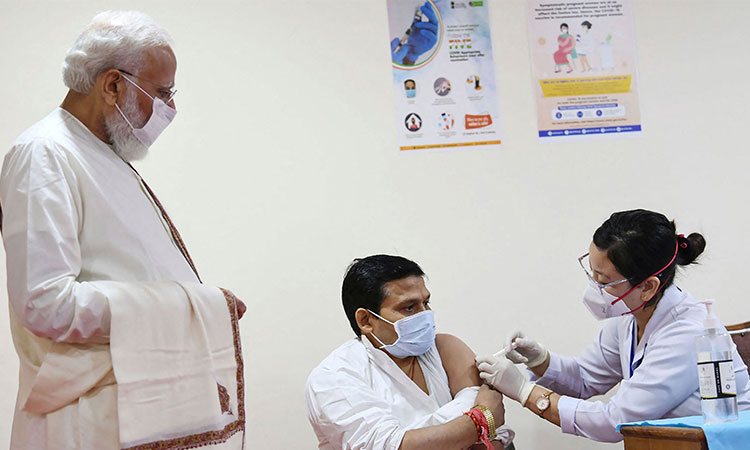 Narendra Modi watches a health worker inoculating a man with a dose of virus vaccine during his visit to Ram Manohar Lohia Hospital in New Delhi. AFP

Coronavirus cases have fallen sharply in India since the devastating months at the start of the year when the highly transmissible delta variant, first detected in the country a year ago, was infecting hundreds of thousands daily, sending COVID-19 patients into overwhelmed hospitals and filling cremation grounds.

However, hundreds of millions of Indians under 18 — who make up some 40 percent of the population — have not had a single shot.

India suffered a huge spike in cases in April and May, reporting more than 400,000 infections and 4,000 deaths per day, with many hospitals unable to cope and crematoriums overwhelmed.

Cases have since fallen sharply, with fewer than 20,000 infections per day, and most activity has returned to normal.

Mumbai, one of India's myriad teeming cities, recently reported zero deaths in a day for the first time since the pandemic began. 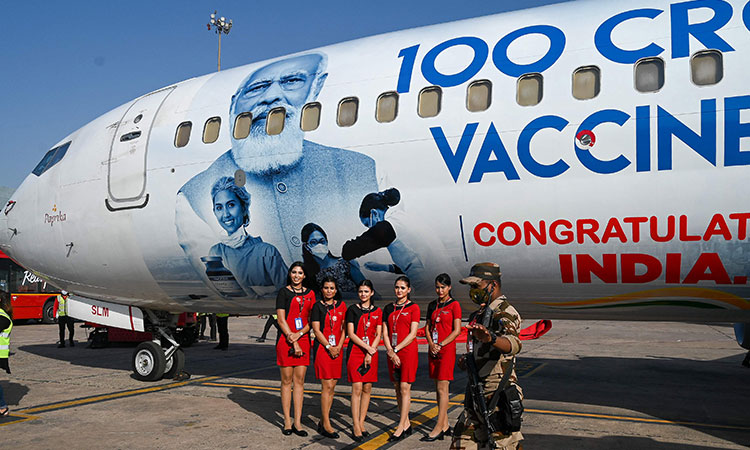 The government was reportedly set to celebrate the milestone with Prime Minister Narendra Modi thanking health workers, special announcements at railway stations and airports and monuments lit up in the national colours.

Officials have bolstered the vaccination campaign in recent months, which experts say have helped control the outbreak since. 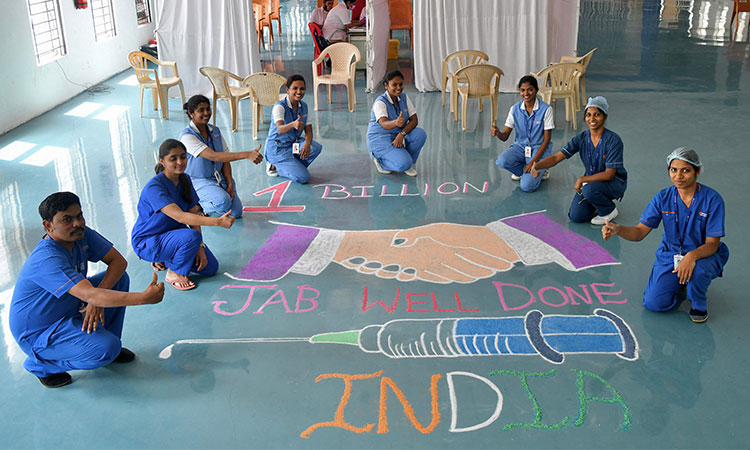 Medical staff pose next to a Rangoli design on the floor of the Ramaiah Hospital as they celebrate India administering its billionth dose. AFP

Still, there remains a worrying gap between those who have received one shot and those fully immunized. Ramping up the second dose is "an important priority,” V K Paul, the head of the country’s COVID-19 taskforce, said at a briefing last week.

"We would like to see this number go up. Complete coverage is absolutely critical,” he said.