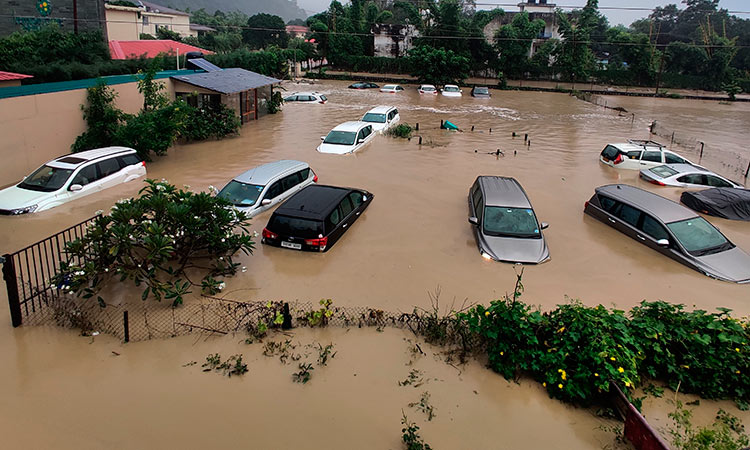 More than 100 people have died in several days of massive flooding and devastating landslides that swept away roads and houses in India and Nepal, officials said on Wednesday, with scores more missing.

According to the officials the death toll from floods and landslides in India rose to 85, while Nepal also reported 43 fatalities and 43 missing.

In Uttarakhand in northern India officials said that 46 people had died in recent days with 11 missing. In Kerala in the south chief minister Pinarayi Vijayan said that the death toll had hit 39 there.

In Nepal, disasters management division official Humkala Pandey said: "In the last three days, there have been 31 deaths from floods and landslides triggered by heavy post-monsoon rainfalls across the country. Forty-three people are missing." 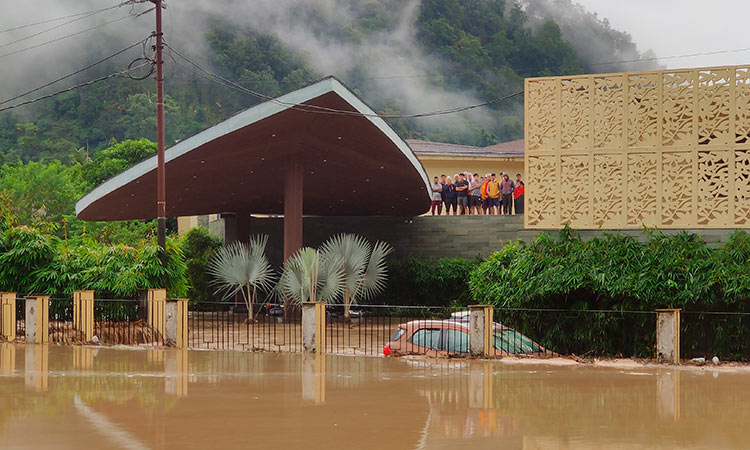 As scary visuals of devastating floods causing damage to infrastructure in Uttarakhand steadily poured out of the state on social media, a most common question asked was, 'Is this happening because of climate change?'

Over two dozen people lost their lives, several bridges were washed away, rail track near Kathgodam was upturned and twisted, houses at many places were swallowed by swollen rivers and landslides leading to roadblocks made life difficult for people of Uttarakhand, especially the Kumaon region on Monday and Tuesday when torrential rain pounded the Himalayas breaking several records for the season, according to IANS. 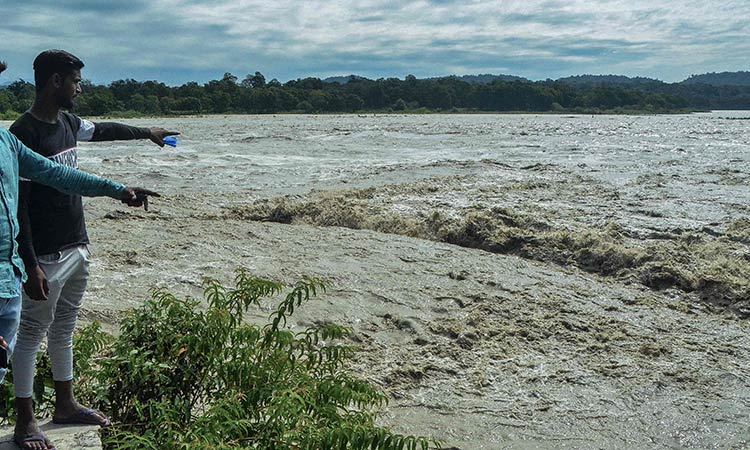 Locals point out towards the risen water levels of River Ganga after incessant rains in Haridwar, India. AFP

Prior to this, over the weekend, large parts of Kerala and some districts of Karnataka and Tamil Nadu had witnessed extremely heavy rainfall. There too, over two dozen people lost their lives due to flooding and landslides, and several residential areas suffered massive damages with houses along the riverbank washed away like a pack of cards.

The Intergovernmental Panel on Climate Change (IPCC's) Sixth Assessment Report of the Working Group I (AR6WGI) titled "Climate Change 2021: The Physical Science" released on August 9 this year has warned of increased variability in precipitation and with it, increased spells of heavy rainfall.

The India Meteorological Department (IMD) had issued warnings for both the states -- as it had for the eastern coast and Gangetic West Bengal, Bihar, and eastern Uttar Pradesh -- from relevant days ahead of what are termed as 'extreme weather events'. 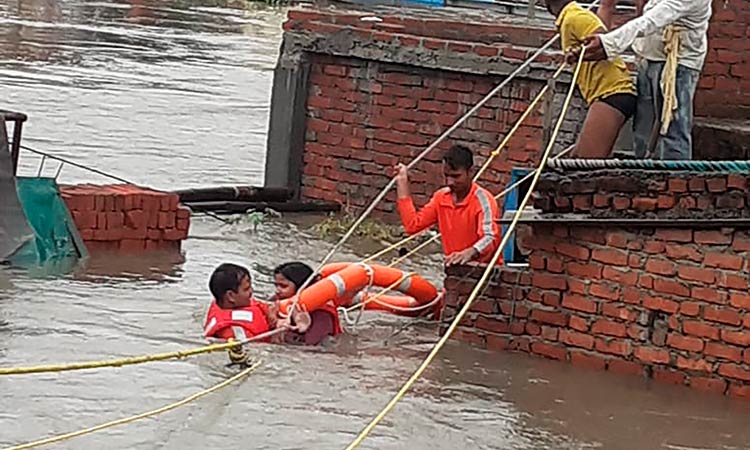 As per IMD predictions, the extremely heavy rainfall in Uttarakhand on Monday and Tuesday was a result of interaction between a Western Disturbance and a low-pressure area over Madhya Pradesh. As per the IMD glossary, Western Disturbance (WD) is a storm that originates over the Mediterranean Sea, Caspian Sea and Black Sea and moves eastwards towards north India.

Frequency of Western Disturbances is maximum in the months of December and January, but throughout the year, there are WDs. "In monsoon season too, there is WD. In 2013, on June 16, it was an active WD like the current one. The low-pressure area was laying over Uttar Pradesh. Both interacted and it caused extremely heavy rainfall leading to the Kedarnath tragedy," recalled IMD Director General, Mrutyunjay Mahapatra. 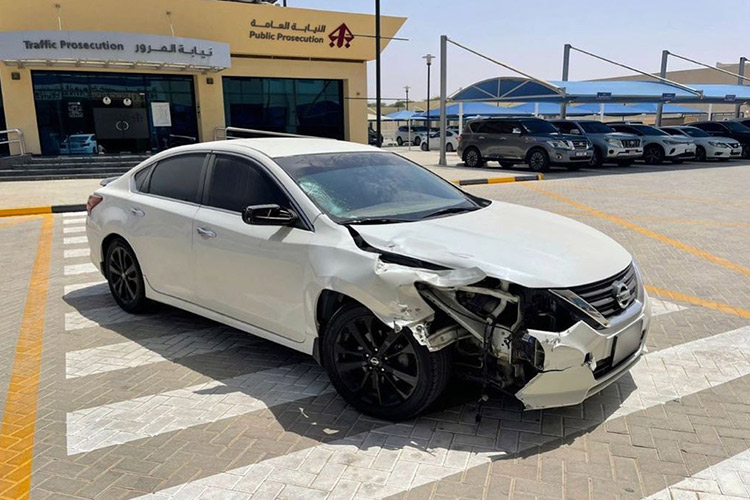 Negligent motorist runs over a cyclist in Ras Al Khaimah

Al Shehhi added that security surveillance cameras on the streets of the emirate were checked to find any video clips which might help to identify the vehicle causing the accident. 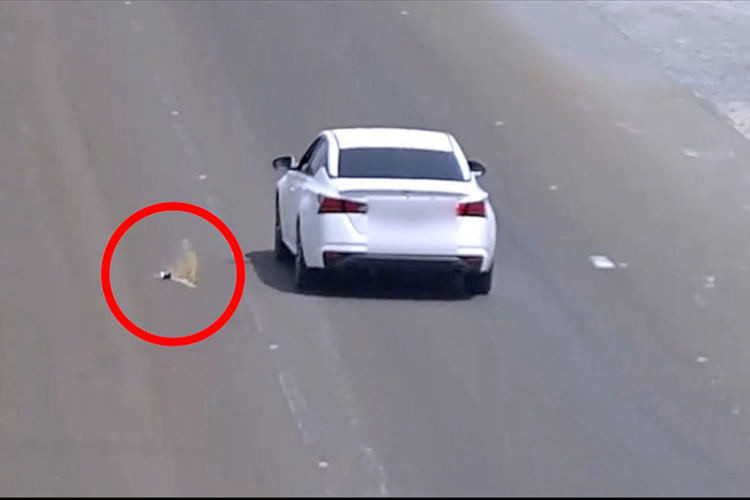 ADP advised road users to put garbage and waste in the designated places, to take into account environmental safety and public health, and to preserve the civilised appearance of the Emirate. 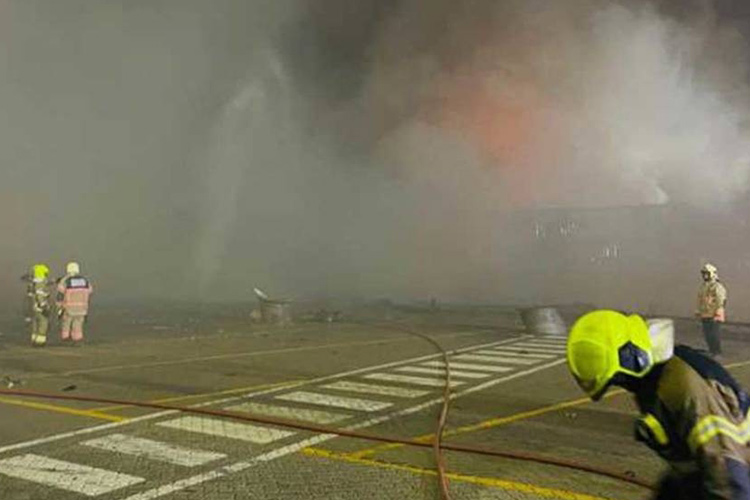 The court imprisoned an Asian captain and 4 others who owned a ship and shipping companies for mistakenly causing the burning of property of others and incurring them losses of about Dhs24 million.