VIDEO: Japanese astronomers observe a new impact on the surface of Jupiter - GulfToday 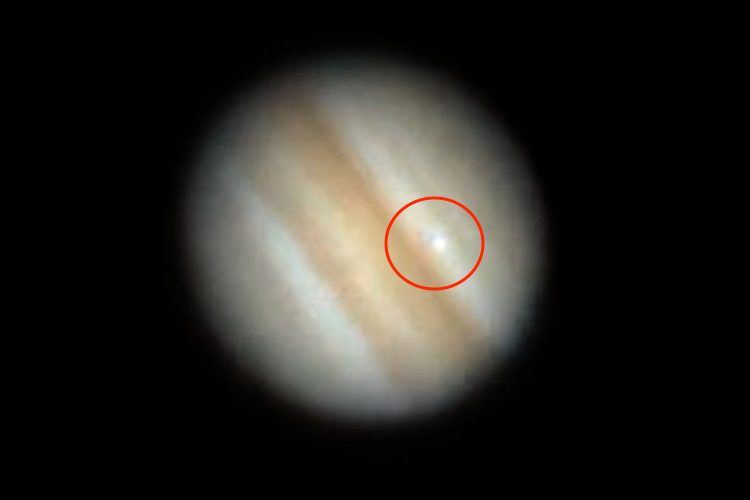 A videograb shows the impact on Jupiter.

It is the second accident of its kind in more than a month, according to what was published by the Sky and Telescope website.

A team of Japanese researchers, led by Ko Arimatsu of Kyoto University, published the exciting footage taken last Friday of a mysterious bright light that appeared on Jupiter for about four seconds before disappearing.

The researchers wrote on Twitter, "For the first time in history, we have succeeded in simultaneous observation of a flash of light, as a small object crashed into the surface of Jupiter at 22:24 on October 15."

The bright light is confirmed to be the result of a collision, it will be the ninth the human eye catches.

It was last observed on September 13th.

Each year, Jupiter collides with dozens, perhaps hundreds of asteroids;

The giant planet acts as a barrier to prevent these bodies from affecting the Earth.

However, depictions of such a collision with Jupiter are very rare.

Last month, amateur astronomers spotted a bright light that appeared for seconds on the giant planet.

It is known that the first recorded collision on Jupiter was with Comet Shoemaker Levy 9 in 1994.