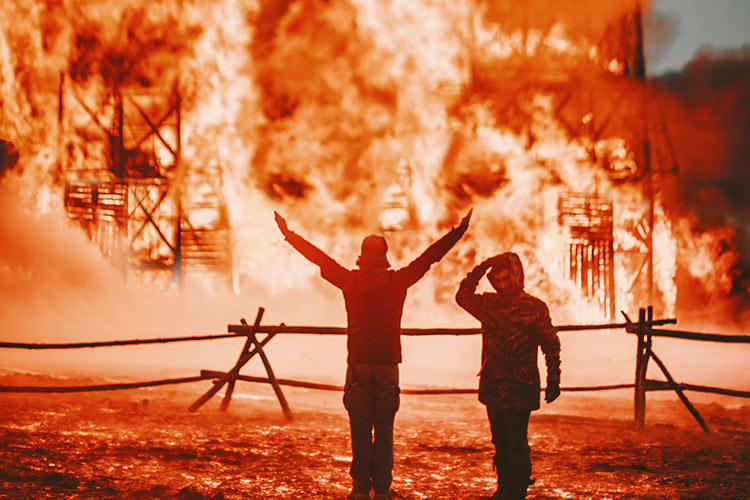 Neighbours are an integral part of all of the mankind as they are the ones who are the first one to rescue each other in case of emergencies.

A good neighbour is always better than many envious relatives and in a country like India whose social fabric is so strong that neighbours are almost part of each others' families.

But then as every coin has two sides, a bad neighbor can be a bone in the neck for all living around him as it happened in Satara district of Maharashtra recently.

A normal husband-wife argument turned into big fight and the husband in a fit of rage set his kitchen on fire.

Before the desperate wife could call for help the gas cylinder in the kitchen caught fire and exploded.

The massive fire not only gutted their house but also the 9-10 other houses in their neighbourhood.

Neighbours, however, not only succeeded in rescuing the warring couple and but also evacuated their own houses in time to avoid any causalities.

Fire, eventually was brought under control but not before it has completely razed at least 10 houses.

Enraged neighours later got hold of Sanjay Patil and thrashed him before handing him over to the police.

Patil’s wife Pallavi got refuge at a relative’s house.

Local villagers says that fire caused damage worth around Rs500,000.

Police later produced Patil in a Satar court which sent him to police custody for two days.

Police have launched a probe into the reasons for the huge brawl, the intentions behind the arson at home. 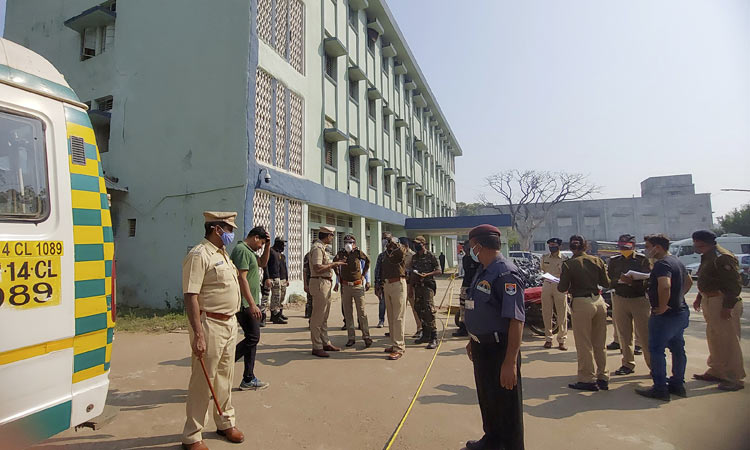 Firefighters rescued seven babies from the newborn care unit of the hospital in Bhandara, a town in Maharashtra state nearly 1,000 kilometers (625 miles) south of New Delhi. 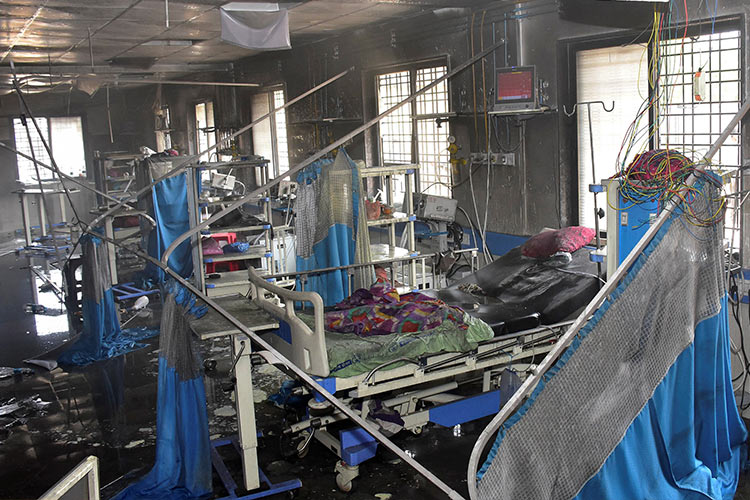 VIDEO: Fire at a hospital kills 11 COVID-19 patients in India

Officials said about 20 patients were in the intensive care unit of the hospital in Ahmednagar district of Maharashtra state when the fire broke out.