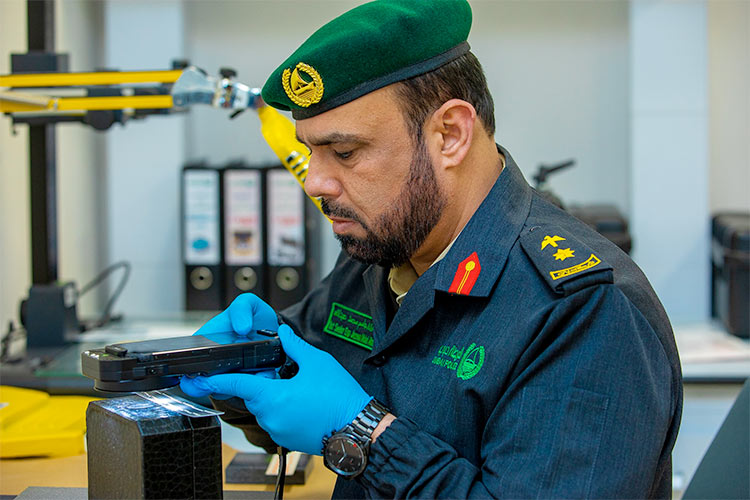 An officer tests the fingerprint device.

According to Major General Dr Ahmad Eid Al Mansouri, Director of the General Department of Forensics and Criminology, the device is a significant upgrade from the gelatine-based traditional method, which involves manually transferring latent prints to laboratories for comparison.

“The smart device contributes to supporting the objectives of the Dubai Police General Command in solving crimes and providing solid evidence that supports investigations, in addition to providing reliable physical evidence to the judicial authorities to serve justice,” he said.

Senior Expert Brigadier Ahmad Mattar Al Muhairi, Deputy Director of the General Department of Forensics and Criminology at Dubai Police, noted that the Department started developing the smart device in 2018 to enhance performance and accelerate the pace of verifying fingerprints lifted from crime scenes. He indicated that the device’s smart software keeps pace with future challenges and the force’s pursuit in applying the latest technologies in policing work.

“Unlike the traditional method which often failed in high temperatures, the newly developed device performs well in extreme temperatures,” “the device is equipped with a 10X lens as well as white and ultraviolet beams for improved accuracy,” Brig. Al Muhairi explained.  Lieutenant Colonel Expert Jassim Muhammad Abdullah, Director of the Fingerprints Department in the General Department of Forensics and Criminology, explained that the hand-held device uses longitudinal waves to filters and lift fingerprints. It also utilises direct imaging technologies to capture the details and patterns of fingerprints accurately.

“Once fingerprints are scanned and lifted, they are electronically sent to the centralised biometric database at the Fingerprints Department for comparison,” Lt. Col. Abdullah concluded.

Visitors of Dubai Police’s stand at GITEX 2021 were in for some unique experience and a great time with the force’s latest technologies and pioneering services.

According to His Excellency Lieutenant General Abdullah Khalifa Al Marri, the Commander-in-Chief of Dubai Police, the force’s participation in GITEX 2021 highlights the importance of adopting the culture of innovation to remain in the lead and to overcome unprecedented challenges such as the COVID-19 pandemic. 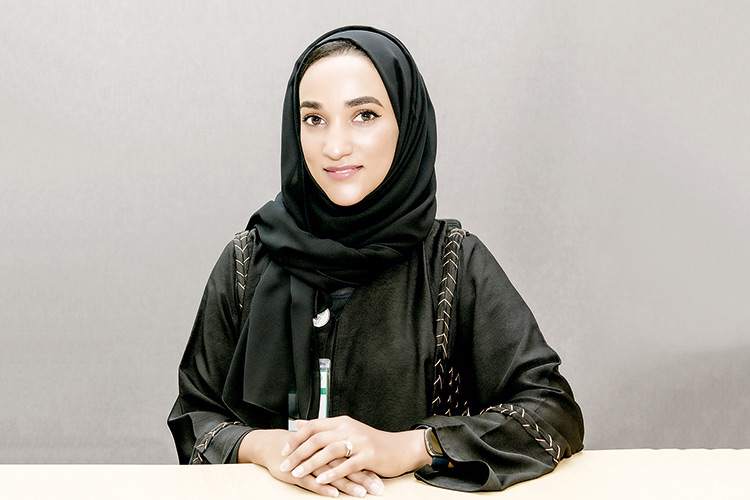 The Dubai Public Prosecution referred to court the case of a 32-year-old Asian driver on the charge of sexually assaulting a 27-year-old maid in a room of her employer’s house.