VIDEO: You are too beautiful to understand Europe gas supply issues, Putin tells US journalist - GulfToday 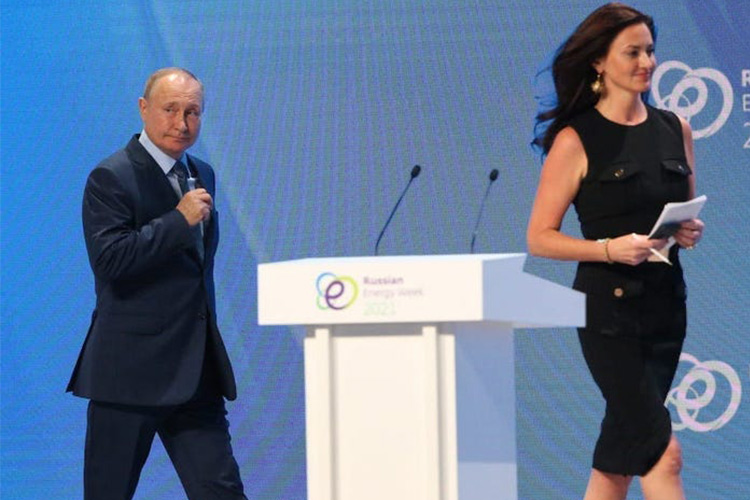 Vladimir Putin and Hadley Gamble leave after the interview.

Russian President Vladimir Putin, who is known for speaking his mind out, has landed up into yet another controversy with his off-the-cuff sexist remarks for a woman journalist.

The interview was held during Russian Energy Week in Moscow.

Russian leader apparently got irritated with CNBC’s anchor Hadley Gamble as she pressed Russian leader for answers about whether Russia is weaponising its stranglehold on natural gas supplies to Europe. 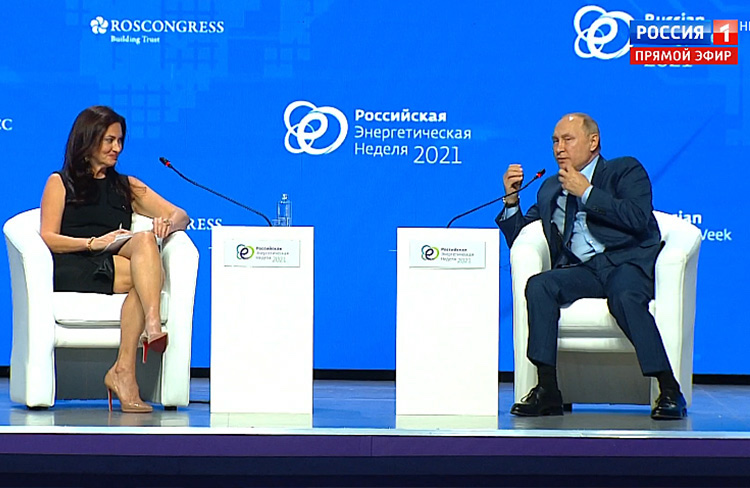 Vladimir Putin and Hadley Gamble talk during the interview.

Putin rubbished the claims as “complete nonsense” and said that Russia was a reliable energy partner.

Russian president then told the audience that " I’m telling her one thing and the beautiful, pretty woman instantly tells me the opposite as if she didn’t hear what I said."

However, Putin went on to say 'well, I’ll repeat it for you once again.'

Gamble said that she had heard his answer, adding that it had taken “long enough” for Russia to increase supplies.