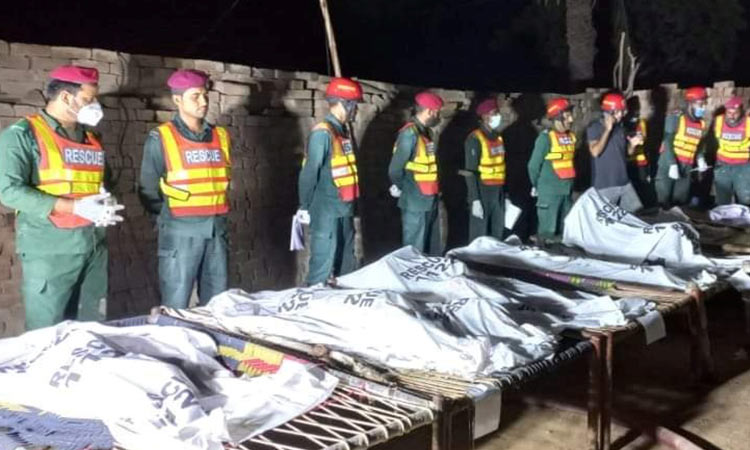 Rescue workers gather near the bodies of the victims, who according to police, were burned alive in rivalry over the love marriage, in Muzaffargarh, Pakistan, on Sunday. Reuters

At least seven members of a family were killed in a fire that erupted in their house located in Muzaffargarh district of Pakistan's Punjab province on Sunday, local officials said.

The family members were asleep when the big fire broke out, giving them no chance to escape, local media reported citing a district emergency officer as saying

Among the killed were two women and four children aged between two months and 10 years.

The blaze erupted at a house in the Ali Pur area of Muzaffargarh district, located some 380 kilometres from the provincial capital, Lahore.

District Police Officer (DPO) Hassan Iqbal said police were investigating the incident, adding that all details of the case will be disclosed soon.

Dr Mian said the bodies had been sent for autopsy and forensic examination.

Later in the day, a case was registered at the Civil Lines Police Station against two suspects on charges of burning to death seven people.

The case was registered on the complaint of Mehmood, a brother of one of the deceased persons. "I was in Multan for business. When I returned and was near my home, I saw it in flames. While two men Manzoor Hussain and Sabir Hussain were also seen fleeing the spot," he told police in a statement.

Police said the cause of the fire was being investigated, adding that officials were trying to ascertain why none of the family members woke up when the fire erupted. 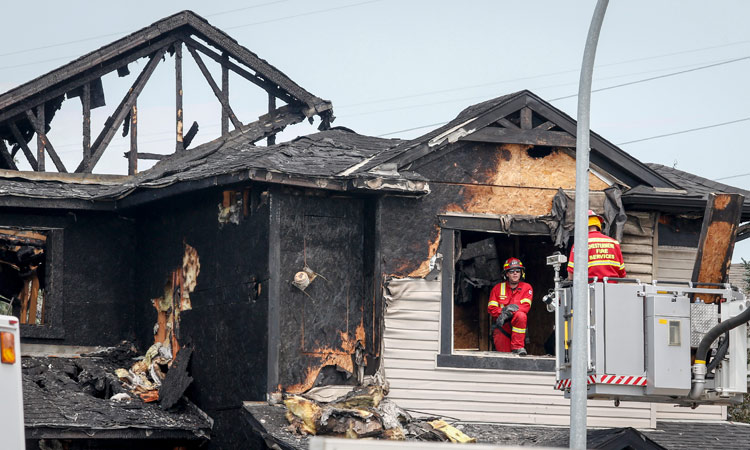 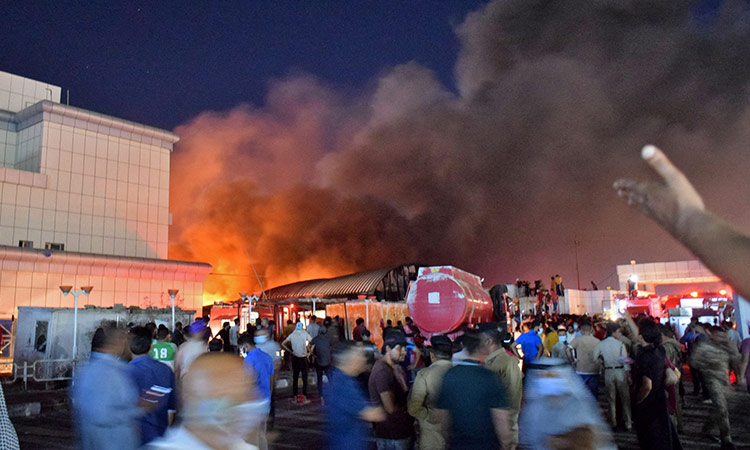 The UAE Ministry of Foreign Affairs expressed its sincere condolences to the government of Iraq and to the families of the victims of this tragic accident. In a statement, the UAE foreign ministry also wished a speedy recovery to the injured of the hospital fire.