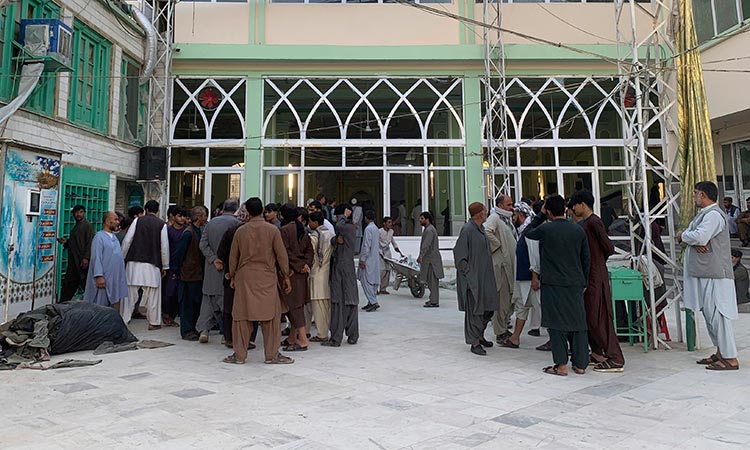 Members of Taliban stand guard near a Shiite mosque in Kandahar province. AFP

The Daesh group on Saturday claimed responsibility for a suicide bomb attack on a Shiite mosque in the southern Afghan city of Kandahar that killed at least 47 people and injured scores more.


The Friday assault came just a week after another Daesh-claimed attack on Shiite worshippers at a mosque in the northern city of Kunduz that killed more than 60 people.

The sectarian bloodletting has raised fears that Daesh — an enemy of both the Taliban and the West — is expanding its foothold in Afghanistan. 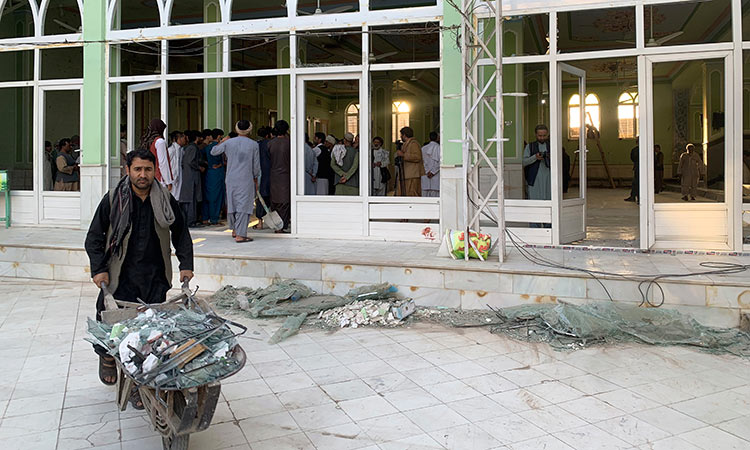 People view the damage inside a mosque following a suicide bomber attack in the city of Kandahar. AP

Inside the mosque, after the blast, the walls were pockmarked with shrapnel and volunteers swept up debris in the ornately painted prayer hall. Rubble lay in an entrance corridor.

In the wake of the explosions, Kandahar police chief Maulvi Mehmood said "a brutal attack has been witnessed on a Shiite mosque as a result of which a huge number of our countrymen have lost their lives".

Murtaza, a worshiper who like many Afghans goes by one name, said he was inside the mosque during the attack and reported four explosions: two outside and two inside. He said Friday prayers at the mosque typically draw hundreds of people.

Another witness, also named Murtaza, was in charge of security at the mosque and said he saw two bombers. He said one detonated explosives outside the gate, and the other was already among the worshippers inside the mosque.

He said the mosque's security personnel shot another suspected attacker outside. 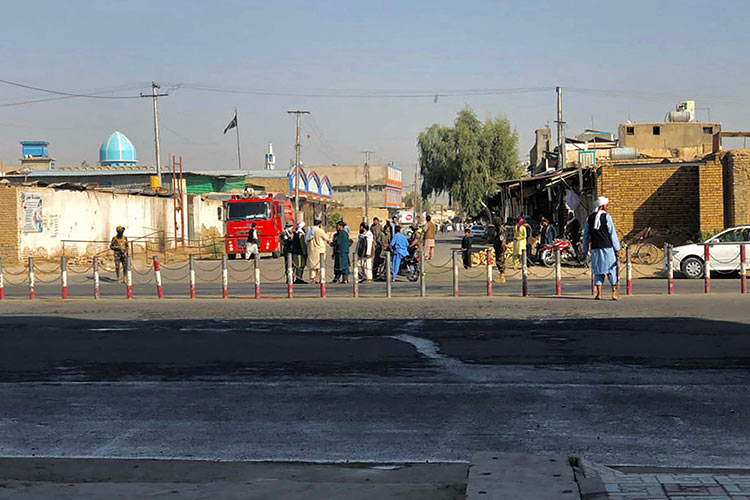 Taliban interior ministry spokesman Qari Saeed Khosti said authorities were collecting details of the explosion, which took place days after a suicide bomb attack claimed by Daesh on a Shi'ite mosque in the northern city of Kunduz that killed scores of people. 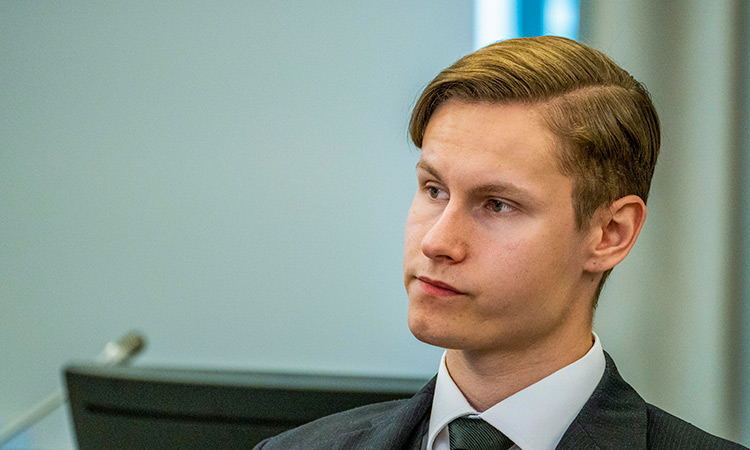