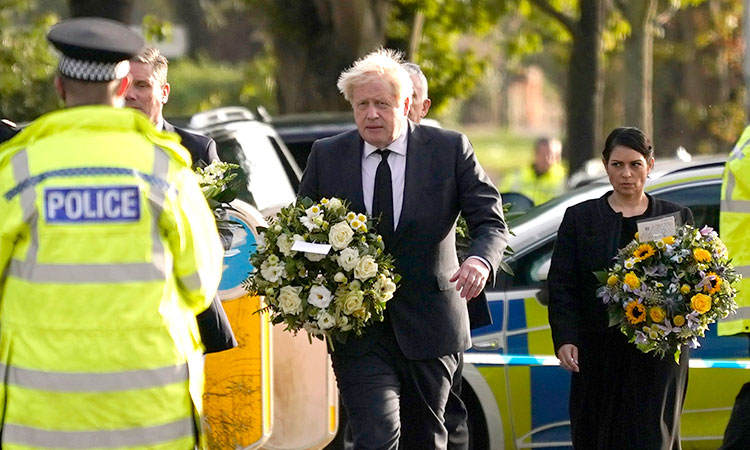 Boris Johnson holds flowers as he arrives at the scene where David Amess was stabbed during a meeting. AP

British Prime Minister Boris Johnson on Saturday visited the church where lawmaker David Amess was stabbed to death a day earlier in what police say they are treating as a terrorist attack.

Johnson, interior minister Priti Patel, and leader of the opposition Labour Party Keir Starmer were among those to lay flowers in tribute to Amess at the scene of the murder.

The fatal stabbing of Conservative lawmaker Amess was a terrorist incident, British police declared on Saturday. 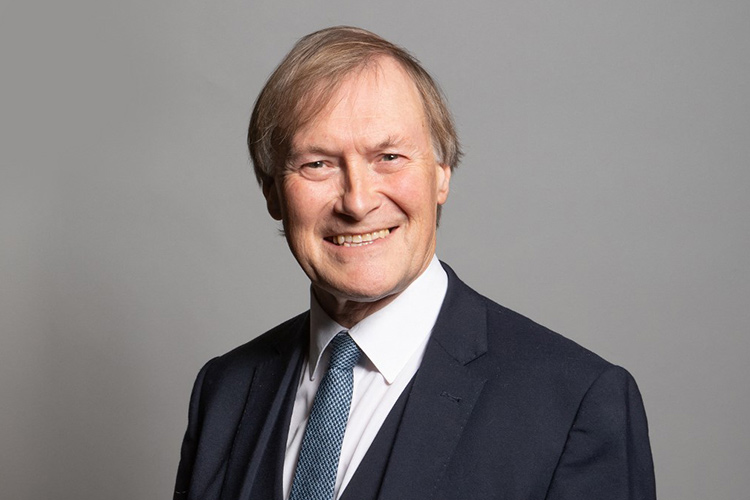 "The early investigation has revealed a potential motivation linked to extremism," the Metropolitan Police said in a statement.

Veteran Conservative MP Amess was talking with voters at a church in the small town of Leigh-on-Sea east of London when he was stabbed to death on Friday.

Police said they arrested a 25-year-old suspect and were investigating "a potential motivation linked to militant extremism.”

Police have said the investigation is in the "very early stages", though multiple UK media outlets, citing sources, reported that the suspect was believed to be a British national with Somali heritage.

Britain's politicians were stunned by the highly public attack, which recalled the murder of a pro-EU lawmaker ahead of the Brexit referendum.

In June 2016, a far-right extremist, prompting demands for action against what lawmakers said was “a rising tide” of public abuse and threats against elected representatives, killed Labour MP Jo Cox.

Cox's sister Kim Leadbeater, who became an MP in the same constituency this year, said Amess' death had left her "scared and frightened".

Long jail sentences are not the answer

Boris Johnson is too cynical a politician to allow the events in Streatham to pass without making some political capital out of it, particularly as the electorate will want answers anyway.