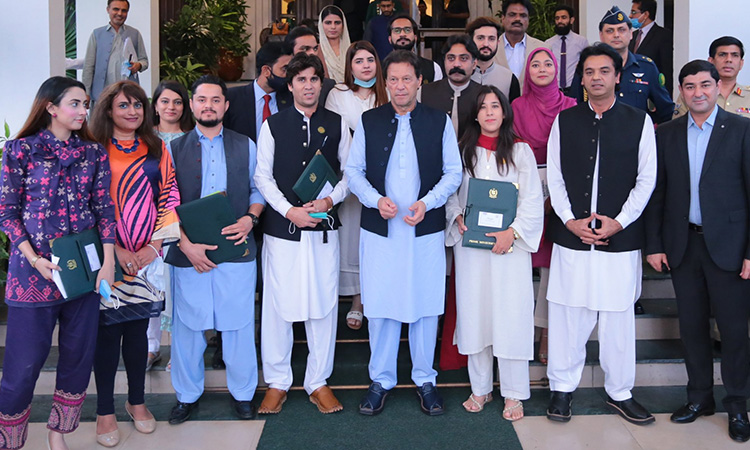 Pakistan Prime Minister Imran Khan announced a 40 per cent targeted subsidy for the poor on purchase of essential food items, saying the special step would provide relief to low-income groups against inflation.

Addressing the launching ceremony of an ambitious Rs1.4 trillion Kamyab Pakistan Programme (KPP), he said the underprivileged segment would get targeted subsidies on wheat, flour, sugar and ghee (cooking oil).

He stated that the government was aware of the difficulties faced by the people, adding that prices of commodities have increased primarily because of “imported inflation.”

The prime minister said the government is doing its best, so that the lower class does not suffer at a time when goods are expensive and therefore sales tax and levy on petrol have been reduced.

“We know that people are suffering due to inflation but I want to say that the government is doing its best so that our lower class does not suffer at a time when goods are expensive. The price of oil in the world has gone up by 100 per cent in the last few days while in Pakistan we have increased it by only 22 per cent.”

The prime minister lamented that all previous governments had made such systems in the country, which only benefited the elite, and not the poor and the middle class. He said his government was also facing resistance in his efforts to change pro-elite system.

Imran said Pakistan had made a “huge mistake” by not following the ideas of the country`s founders to make it a welfare state. “All the systems in Pakistan have been made for the elite,” he added.

“We made a huge mistake 74 years ago. We believed that we would make Pakistan a welfare state after there was prosperity and wealth in the country. The thought that there needs to be surplus first and then we [government] will invest in the poor I believe these were fundamentally wrong decisions,” he added.

“The government has not passed on the entire burden of the increase in prices of commodities and petroleum products and will face Rs400 billion revenue losses for lowering sales tax and the petroleum levy,” Imran said in his speech while inaugurating the KPP at the PM’s Office.

The PM cited again the State of Madinah and said that at first, a welfare state was established, and then prosperity followed. First of all, there is a need to implement the concept of welfare and then money generation will follow it, he maintained.