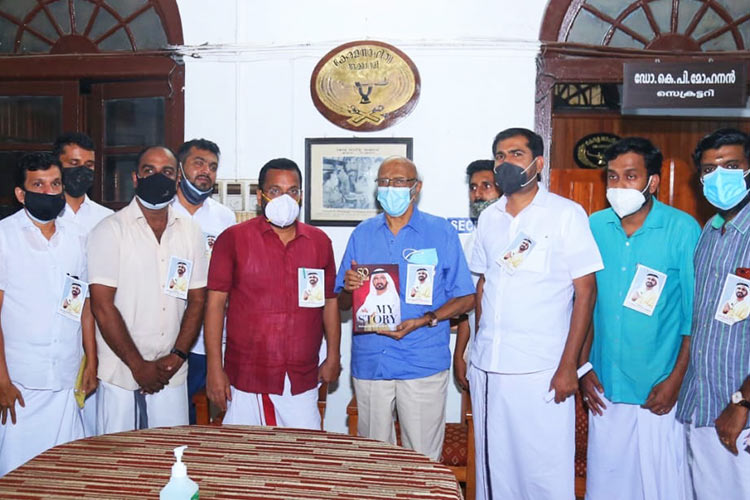 The book was gifted to Kerala Sahitya Academy by young Malayalees who love Sheikh Mohammed.

The spirit of warmth that has marked the relationship between the United Arab Emirates (UAE) and Kerala for centuries has gone a notch higher with Vice-President and Prime Minister of the UAE and Ruler of Dubai His Highness Sheikh Mohammed Bin Rashid Al Maktoum’s highly acclaimed work ‘My Story’, which narrates the rise of the UAE and Dubai on the global stage under his leadership, beginning to adorn the rarest of collections of the Kerala Sahitya (Literary) Academy.

The book, sub-titled ’50 Years of Achievement’, had a virtual release in Kerala with State Revenue Minister K. Rajan presenting a copy to Kerala Sahitya Academy president and renowned Malayalam writer Vaisakhan at a function held at the Sahitya Academy hall on July 17. The book was gifted to the Academy by Team Tolerance, a collective of young men from Kerala who have made the UAE their second home.

‘My Story’ is, in several ways, a first-person account of how the UAE Prime Minister built a modern nation brick by brick and making the UAE the epitome of peace, humanity and development.

Minister Rajan lauded Team Tolerance members for their gesture which, he said, showed how much they loved the Ruler of the land where they have built their lives over the past several years.

"We are honoured to receive this important work by Sheikh Mohammed Bin Rashid Al Maktoum, which has been given to us a gift of love by a bunch of young people who consider it their duty to honour a Ruler who has helped thousands to build their lives and homes working in the UAE,” said Vaisakhan while receiving the book.

Sheikh Mohammed’s book has won wide acclaim for its comprehensive narration of the rise of the UAE, particularly Dubai, as a nation and city to be reckoned with over the past half-a-century and more. After his studies, Sheikh Mohammed became the youngest Defence Minister in the world in 1968 and was named the Crown Prince of Dubai on January 3, 1995, by Sheikh Maktoum Bin Rashid Al Maktoum, the then Ruler of Dubai.

On January 4, 2006, Sheikh Mohammed became the Ruler of Dubai following the death of his brother Sheikh Maktoum. On January 5, 2006, he was elected Vice-President by the UAE Supreme Council and, on February 11, President His Highness Sheikh Khalifa Bin Zayed Al Nahyan nominated Sheikh Mohammed as the UAE Prime Minister.

He wrote: "In 50 years, Sheikh Mohammed, you raised the limits of ambitions, invested in the human, established a civilisation and continue reaping the benefits of your achievements along with your people. In 50 years, Sheikh Mohammed, many things changed around you, but your care, sincerity and love for your country didn’t. I congratulate the generations, including myself, that learned from you. In you, I found the mentor, friend and a loyal supporter." 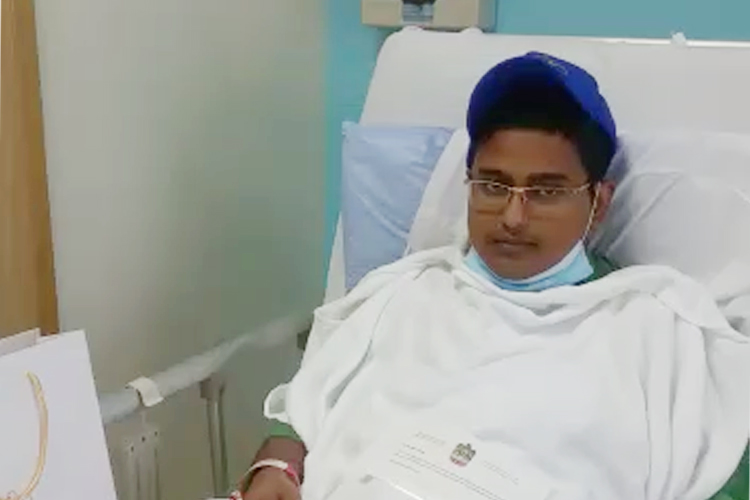 Sheikh Mohammed said “To my dear Pritvik, this is a small gesture from me to you to remind you that you are here at home and that you are in safe hands, and I will pray to God to keep you in good health and safe… keep smiling little warrior.”