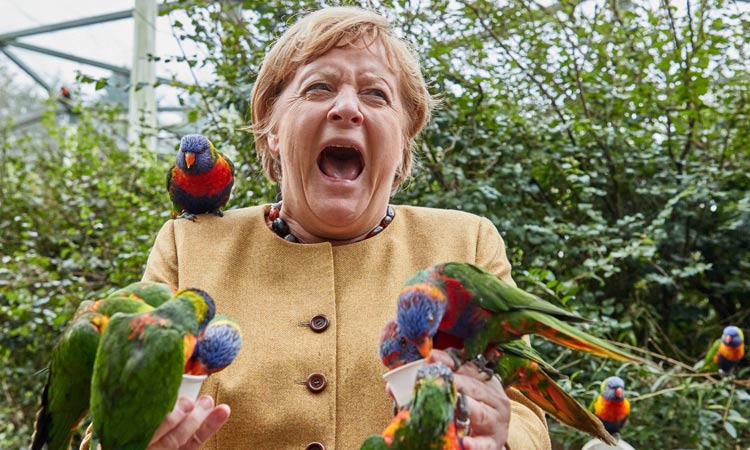 Chancellor Angela Merkel on Saturday urged Germans to give her would-be successor Armin Laschet their vote to shape Germany's future, in a last-ditch push to shore up his beleaguered campaign 24 hours before Germans vote.

About 60.4 million people in the nation of 83 million are eligible to elect the new parliament, which decides who will be the next head of government. Recent polls point to a neck-and-neck race between Merkel's center-right Union bloc and the Social Democrats, with the latter marginally ahead.

Laschet, 60, has been trailing his Social Democrat challenger Olaf Scholz in the race for the chancellery, although final polls put the gap between them within the margin of error, making the vote one of the most unpredictable in recent years.

Merkel had planned to keep a low profile in the election battle as she prepares to bow out of politics after 16 years in power. 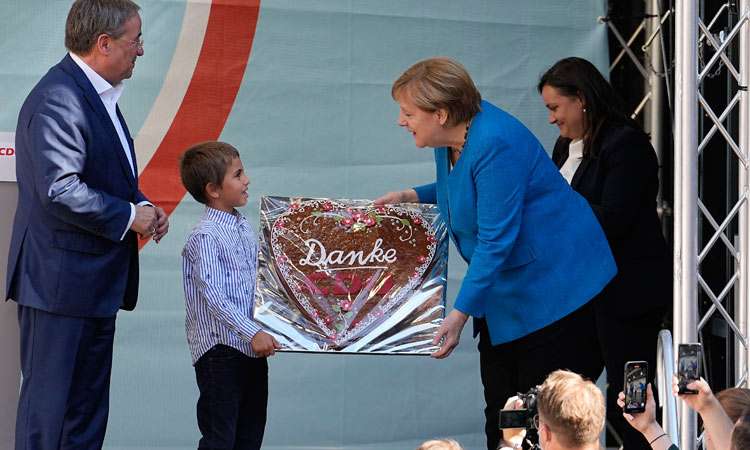 Angela Merkel gets a traditional gingerbread reading "Thanks CDU" beside Armin Laschet in Aachen. AP

Merkel has found herself dragged into the frantic campaign schedule of the unpopular chairman of her party, Laschet.

In the last week of the campaign, Merkel took Laschet to her constituency by the Baltic coast and on Friday headlined the closing rally gathering the conservatives' bigwigs in Munich. 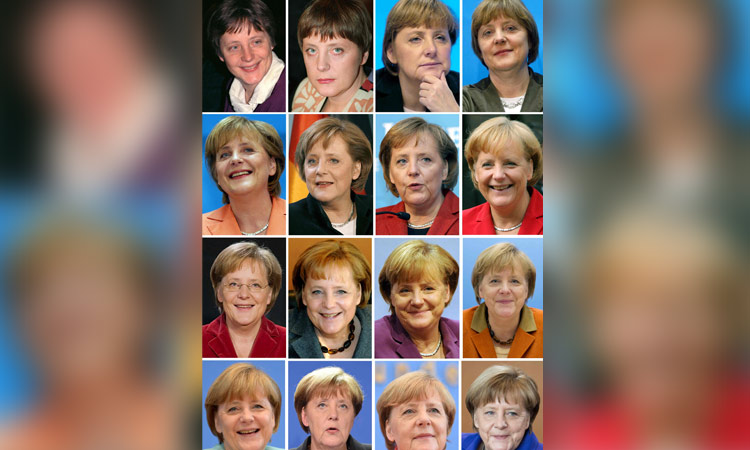 Merkel tugged at the heartstrings of Germany's predominantly older electorate on Friday, calling on them to keep her conservatives in power for the sake of stability — a trademark of Germany.

A day before the vote, she had travelled to Laschet's hometown and constituency Aachen, a spa city near Germany's western border with Belgium and the Netherlands, where he was born and still lives. 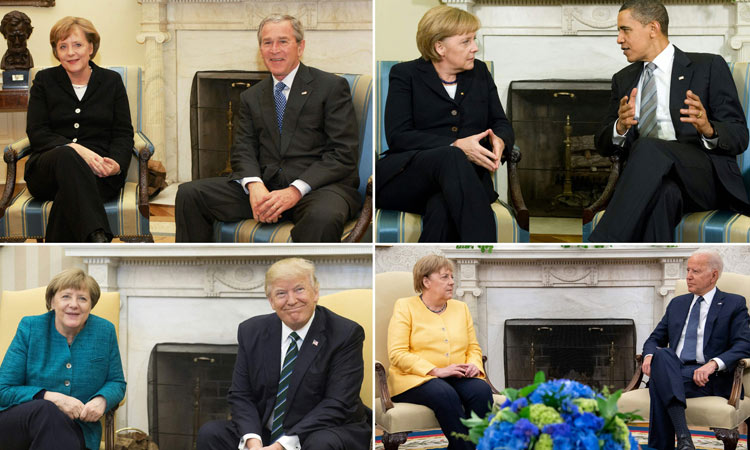 She underlined that climate protection would be a key challenge of the next government, but that this would not be achieved "simply through rules and regulations.

"For that we need new technological developments, new procedures, researchers, interested people who think about how that can be done, and people who participate," she said.

Laschet is a "bridge-builder who will get people on board" in shaping Germany to meet those challenges, she said.