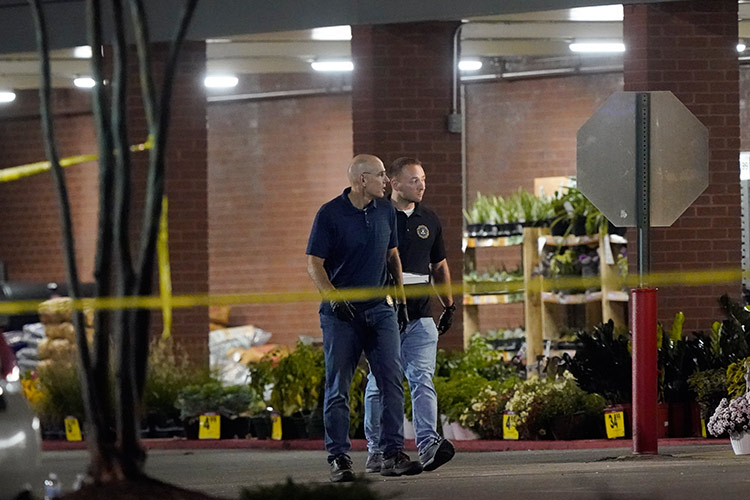 Security personnel walk in front of a Kroger grocery store after the shooting incident in Collierville, Tennessee. AP

US police announced that one person was killed and 12 others were injured, when an attacker opened fire at a store in the suburb of Collierville, Tennessee.

The shooter was found to have committed suicide.

Immediately after the shooting at the Kroger store, law enforcement officers rushed to the scene and began providing assistance to the victims and others who hid inside the store, Collierville Police Chief Dale Lane said.

"We found people hiding in refrigerators, and in closed offices," Lane said.

He added that the shooter, who is believed to have acted on his own, was found dead from a self-inflicted gunshot wound in a parking garage outside the store.

Media reported that the body of the suspect was discovered inside a vehicle. He stated that some of the survivors were seriously injured, adding that they were all taken to hospitals in the area. "We are waiting for some special equipment to search the vehicle and his private property," he said.

The authorities have yet to provide an explanation for the possible motive behind the crime.