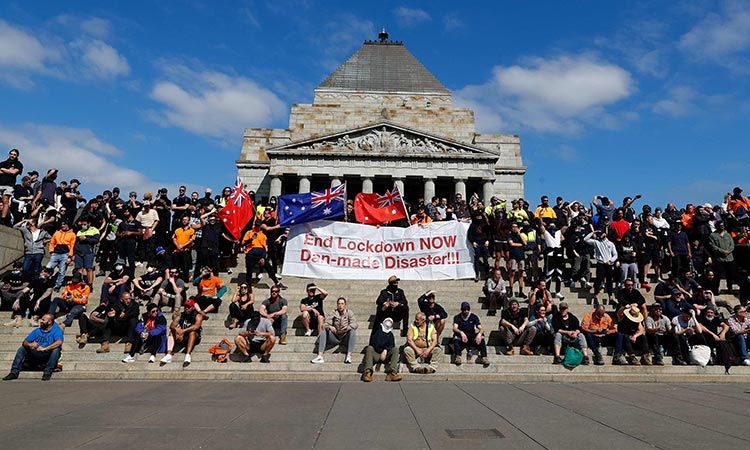 Demonstrators on the steps of the Shrine of Remembrance protest against Covid-19 regulations in Melbourne. AFP

The Australian state of Victoria is reporting its biggest daily increase in coronavirus cases since the pandemic began as an outbreak in the city of Melbourne continues to grow.

Melbourne's streets were largely quiet on Thursday after three days of anti-lockdown protests, with hundreds of police officers on patrol in the city to prevent another rally as COVID-19 cases in Victoria hit a daily pandemic record.

Police in Melbourne are preparing for more protests against the pandemic lockdown, although the situation remains relatively calm Thursday afternoon. 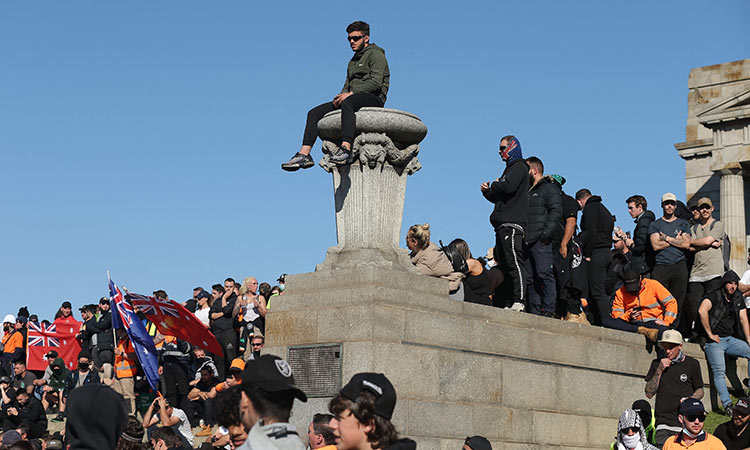 Victoria reported a record 766 cases as well as four deaths from COVID-19.

The city of Sydney in New South Wales state is also dealing with a large outbreak. Officials report more than 1,000 new daily cases in the state and six COVID-19 deaths.

Victoria Premier Daniel Andrews says the state will ease lockdown rules by the end of the month, to allow people to return from Sydney and quarantine at home if they are fully vaccinated. 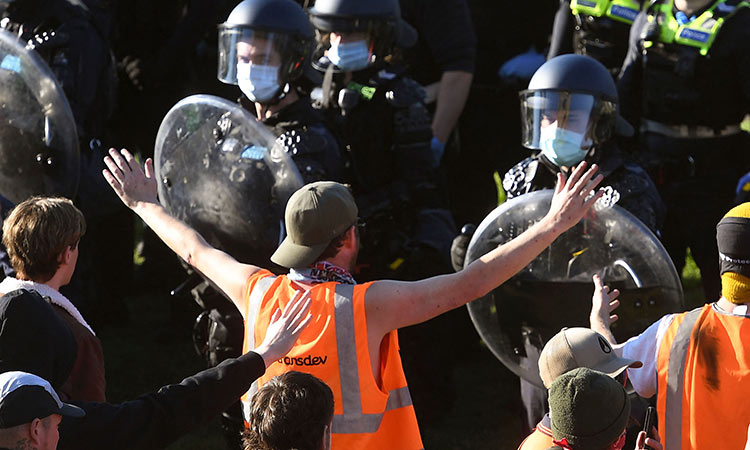 "Why would you abuse, as I'm told, why would you spit on people who are doing that sort of work?," Premier Daniel Andrews said in a media briefing in Melbourne, the state capital. "That is ugly, that is uncalled for."

Hundreds of protesters have taken to the streets in the city of 5 million since officials earlier this week ordered a two-week closure of building sites and made vaccines mandatory for construction workers to limit the spread of the virus.

Police and union officials have said extremist and far-right groups joined the demonstrations.

Australia is fighting a third wave of infections from an outbreak of the Delta variant in its two largest cities, Sydney and Melbourne, and its capital Canberra, forcing nearly half the country's 25 million people into strict stay-at-home restrictions. 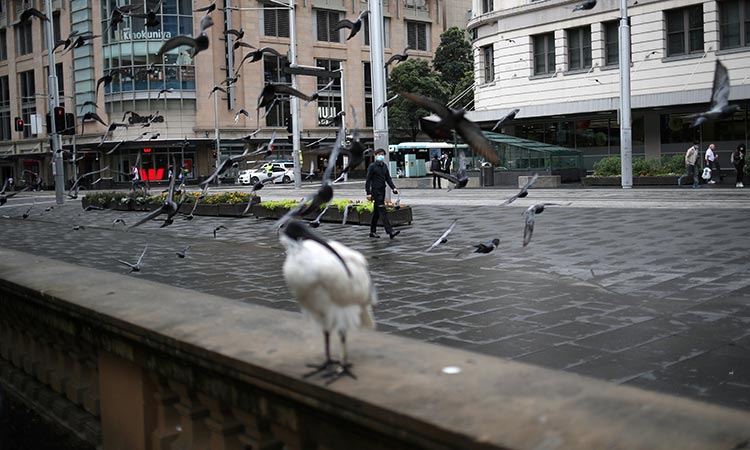