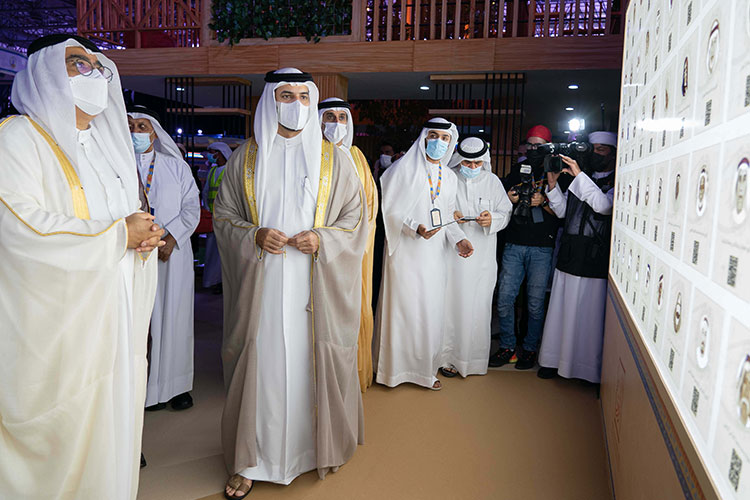 The event, organised annually by the Sharjah Institute for Heritage, is taking place at the Expo Centre Sharjah under the slogan "Animal Stories."

After being received by Sheikh Majid bin Sultan Al Qasimi, Director of the Districts and Villages Affairs Department and others Sheikh Sultan took atour of the Forum where he was briefed on the creative scene of living human treasures and listened to a presentation on the SINF, its journey over the past 21 years, its achievements, and its role in consolidating and strengthening the position of narrators in society.

Sheikh Sultan Bin Ahmed also met with the guests and participants and discussed the importance of continuing the preservation of narrators as living human treasures who carry within them the spirit of all the stories, tales, dreams and hopes which inspire knowledge, and serve as the intellectual and cultural supplement that humanity needs in every place and at all times.

The launch included a welcome speech and an overview of the SINF, national peace and the Holy Quran, a holographic presentation for the slogan of SINF, and a video of the Forum’s song. 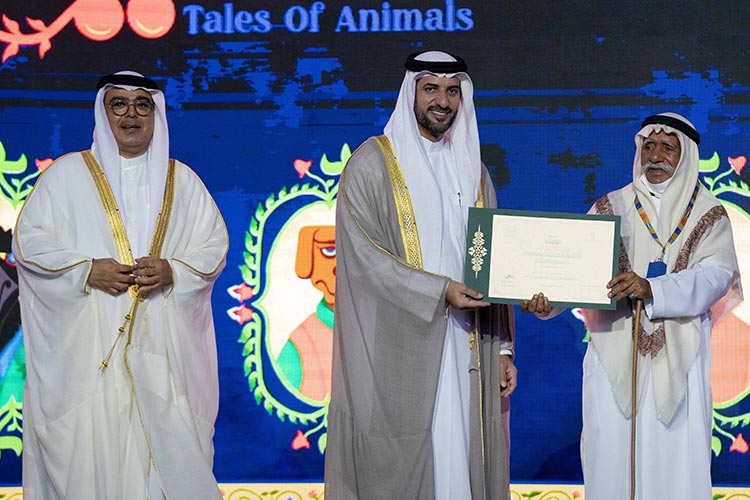 
Sheikh Sultan also honoured the forum's personality of this year and a group of narrators in addition to the young narrator.

The Republic of Sudan will be country-in-focus in this year’s edition of the forum and will be represented by Dr. Ahmed Abdel Rahim Nasr, the personality of the year, in recognition of his contributions to Arab cultural heritage.

Tunisian storyteller Abdelaziz Laroui will also be honoured as a legal personality in celebration of his rich storytelling legacy.