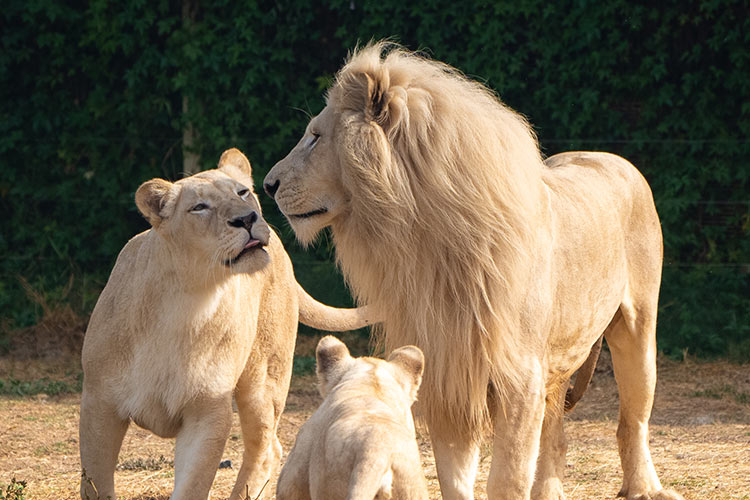 Dubai Safari Park is all set welcome visitors for its new season from Sept.27 as tourism inflows to the emirate set to increase markedly over the next few months.

With mega event Expo 2020 round the corner and virus curbs easing across the globe Dubai is set to see a significant rise in regional and international tourism.

The Park’s walk-through aviary has birds from all around the world. 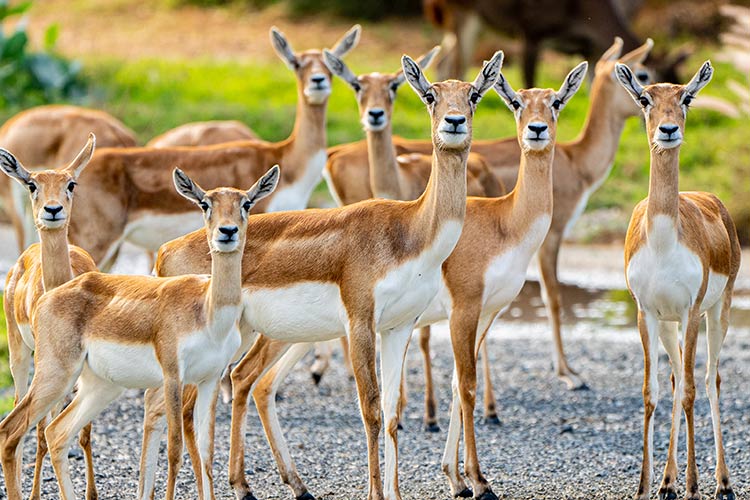 A herd of deer seen inside Dubai Safari Park.

The 116-hectare Park is home to around 3,000 animals, including 78 species of mammals – 10 different carnivores and 17 primates – 50 types of reptiles; 111 kinds of birds as well as amphibians and invertebrates.

In its new season, visitors can see new animals, such as the squirrel monkey, the Mona monkey, the Arabian wolf, and the northern white-cheeked gibbon.

In addition, the Park has 111 newborns of different animal species. Dubai Safari Park has been working with local and international programmes throughout the year to introduce, incubate and exchange new animals.

The Park’s animal breeding programme has also added new animals before the start of the new season. 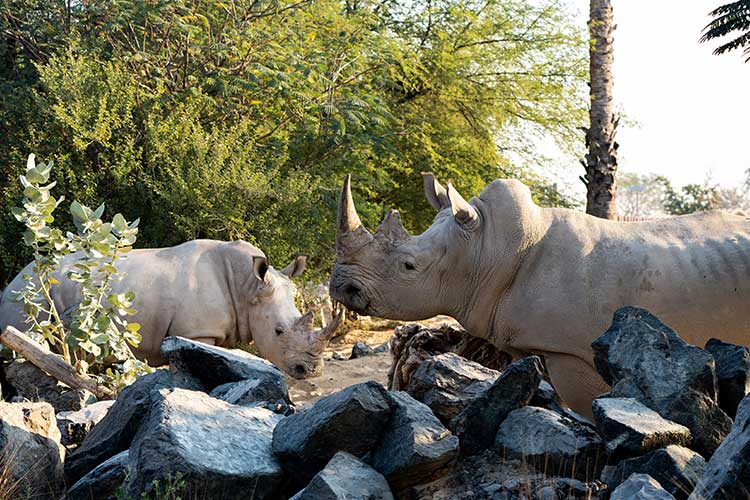 A couple of Rhinos seen roaming inside Dubai Safari Park.

The winter season of Dubai Safari Park will host various unique exhibitions such as the Leopard Exhibition and interactive shows such as the bird show, a display of ‘amazing creatures of the world’ and birds of prey.

Various areas of the Park such as the Arabian Desert Safari have been redeveloped to be more engaging for visitors.

The area devoted to Arab wolves has been expanded by 10,000 square meters.

The area contains many local trees and plants, in addition to unique formations of sand dunes and water, which have been developed to create a suitable environment for these animals. 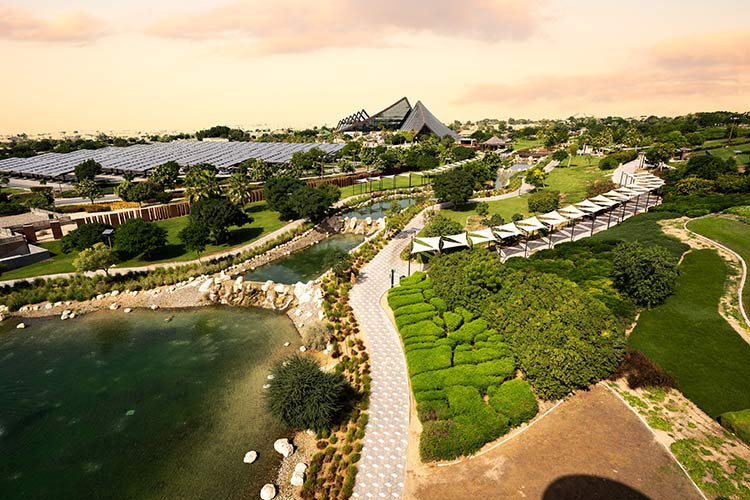 An aerial view of the Dubai Safari Park.

This area is considered the largest island sheltering Arabian wolves. Dubai Safari Park features two groups of Arab wolves through which it aims to establish an animal welfare programme in cooperation with various institutions in the region.

The Park offers experiences for all members of the family members, which include feeding the animals and opportunities to take souvenir photos.

For the first time, the Safari Park is offering a behind the-scenes experience, which allows visitors to get close to the animals, learn about their habitat and ways of caring for them with the guidance of an animal shepherd.

The Park also has a Jungle Photographer’s package intended for photography enthusiasts. 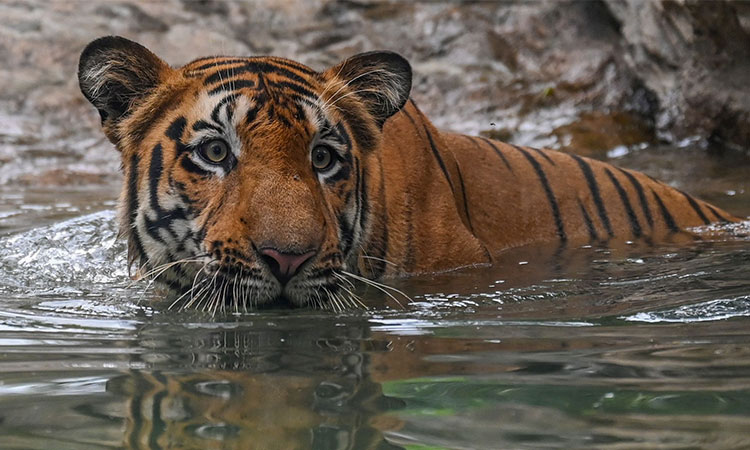 Over the past decade the biggest reason for deaths recorded by the NTCA was "natural causes," but many also fell victim to poachers and "human-animal conflict." Human encroachment on tiger habitats has increased in recent decades in the country of 1.3 billion people. 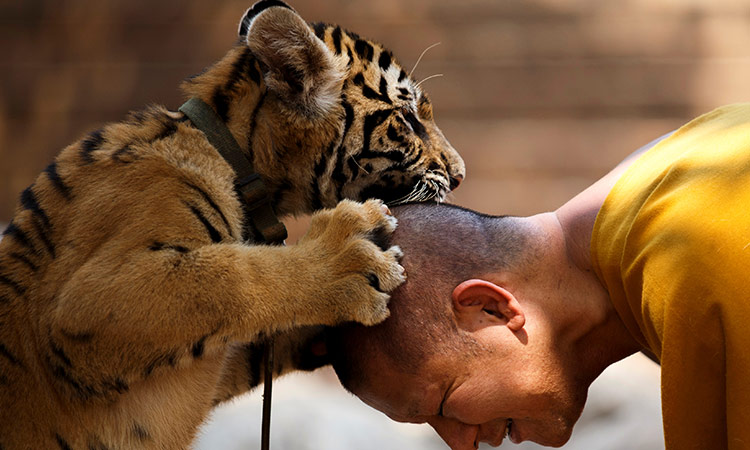 Scores of Tigers rescued from infamous Thai temple are dead

More than half of the tigers that Thai authorities confiscated in 2016 from an infamous tiger Temple tourist attraction have died from a viral disease. 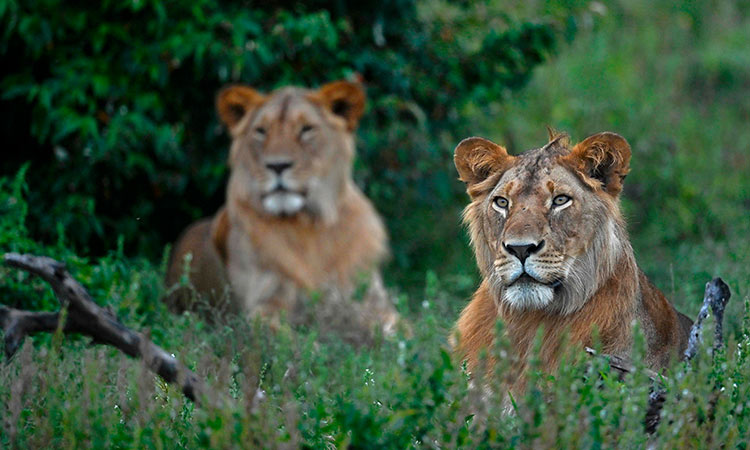