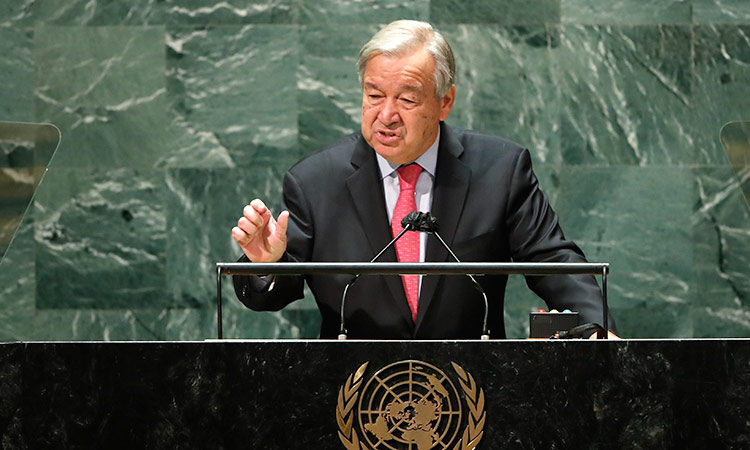 UN Secretary-General Antonio Guterres welcomed climate pledges by the United States and China at the annual UN gathering of world leaders on Tuesday, but warned "we still have a long way to go" to make an upcoming climate meeting in Glasgow a success.

For the first time since the COVID-19 pandemic began, more than two dozen world leaders appeared in person at the UN General Assembly on the opening day of their annual high-level meeting. The atmosphere was sombre, angry and dire.

More than 100 heads of state and government kept away by COVID-19 are returning to the UN in person for the first time in two years. But with the coronavirus pandemic still raging, about 60 will deliver pre-recorded statements over coming days. 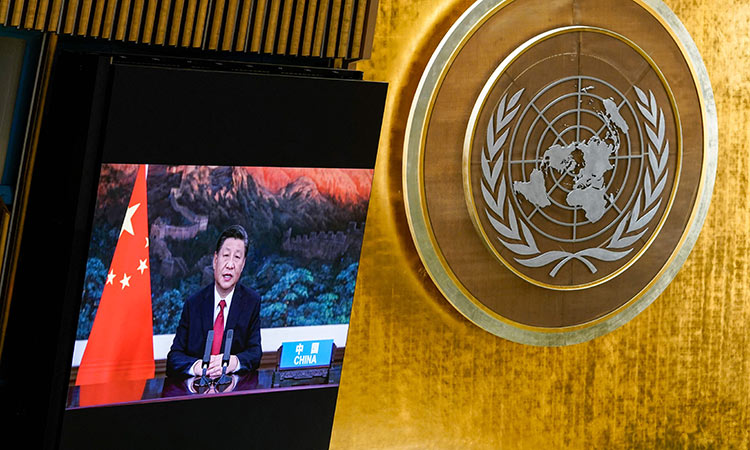 "We are on the edge of an abyss - and moving in the wrong direction," Guterres said. "I’m here to sound the alarm. The world must wake up.”

China’s President Xi Jinping warned that "the world has entered a period of new turbulence and transformation.” Finland’s President Sauli Niinistö said: "We are indeed at a critical juncture.” And Costa Rica’s President Carlos Alvarado Quesada declared: "The future is raising its voice at us: Less military weaponry, more investment in peace!”

Speaker after speaker at Tuesday’s opening of the nearly week-long meeting decried the inequalities and deep divisions that have prevented united global action to end the COVID-19 pandemic, which has claimed nearly 4.6 million lives and is still raging, and the failure to sufficiently tackle the climate crisis threatening the planet. 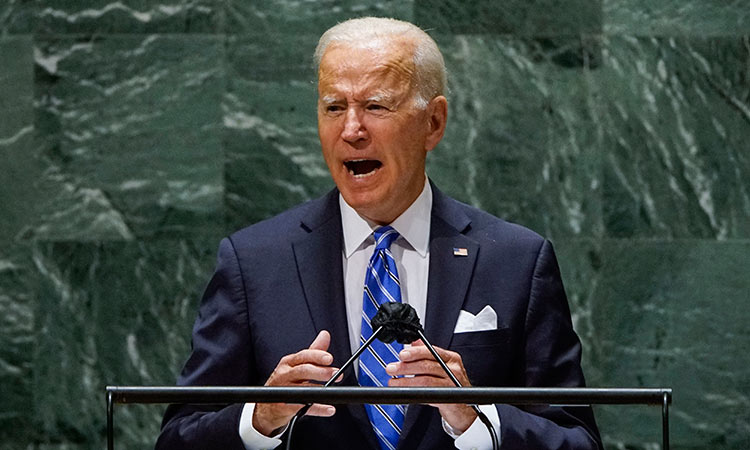 US President Joe Biden addresses the 76th Session of the UN General Assembly in New York on Tuesday. AFP

Guterres said the world has never been more threatened and divided. People may lose faith not only in their governments and institutions, he said, but in basic values when they see their human rights curtailed, corruption, the reality of their harsh lives, no future for their children - and "when they see billionaires joyriding to space while millions go hungry on Earth.”

Nevertheless, the UN chief said he has hope.

The US and Israel walked out during the meeting over a draft resolution that singled out Israel for criticism and likened Zionism to racism — a provision that was eventually dropped. Twenty countries are boycotting Wednesday’s commemoration, according to the Conference of Presidents of Major American Jewish Organisations, which urged more countries to join them "in continuing to fight racism, bigotry, and anti-Semitism.”