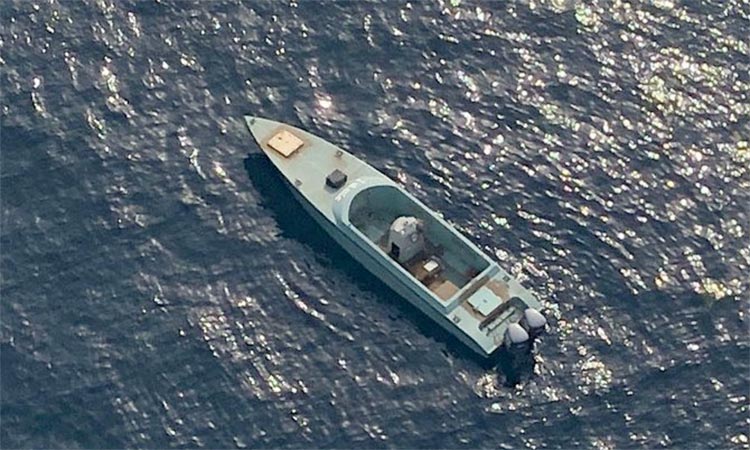 The UAE has expressed its strong condemnation and denunciation of the attempts of the terrorist Houthi militia to carry out an attack through two booby-trapped boats near the coastal area of As-Salif, in the Yemeni Governorate of Hodeidah, which were intercepted by the coalition forces.

According to state television report the Arab Coalition has destroyed two booby-trapped boats belonging to the Iran-backed Houthi militia near the coastal area of As-Salif, thwarting an imminent attack.

The UAE has renewed its full solidarity with the Kingdom of Saudi Arabia over these terrorist attacks, and its steadfast position against all threats to the security of the Kingdom and to commercial naval trade routes.

The Arab Coalition said in statements released that the Houthi continue to threaten to military and commercial naval trade routes in the Bab al-Mandab strait and the southern Red Sea.

The Ministry of Foreign Affairs and International Cooperation stressed that the continuation of these terrorist attacks by the Houthi group reflects its blatant defiance of the international community and its disregard for all international laws and norms.

The ministry stressed that the UAE considers this attack as new evidence of the Houthi terrorist group’s efforts to undermine security and stability in the region.

Saudi Arabia on Sunday shot down a bomb-laden drone deployed by Iran-aligned Houthi rebels in Yemen to attack an airport in the country, state media reported.