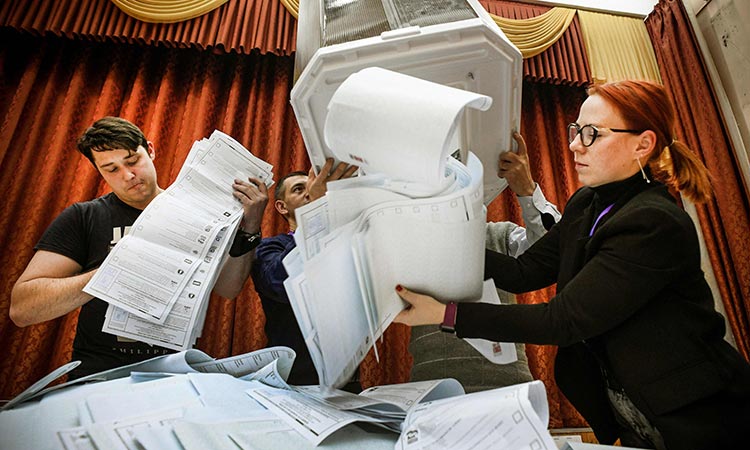 Members of a local electoral commission empty a ballot box at a polling station in Moscow on Sunday. AFP

President Vladimir Putin's United Russia party was on track to win a strong majority in a parliamentary vote, despite losing over a tenth of its support, partial results on Monday showed.

Russia's ruling United Russia party retained its parliamentary majority after an election and a sweeping crackdown on its critics.

With 50 per cent of votes counted, United Russia was ahead with 46.11 per cent of the vote, followed by the Communist Party with 21.40 per cent. 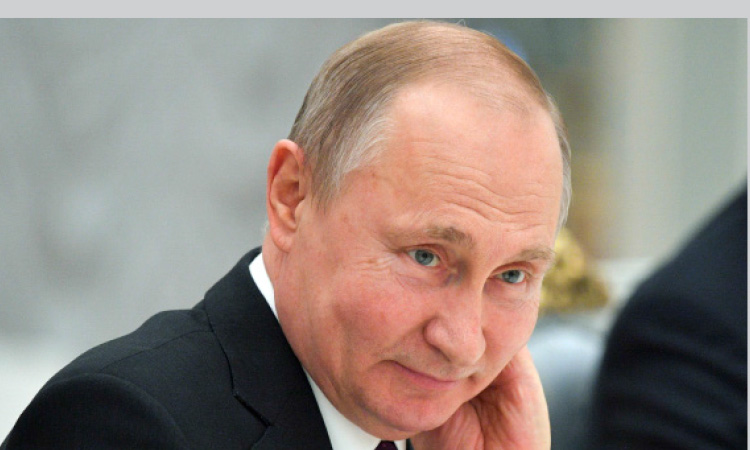 The vote came in the wake of a clampdown that saw Putin's best-known domestic foe Alexei Navalny jailed — after he returned to Russia following a poisoning he blames on the Kremlin — and his organisations banned as "extremist".

In the lead-up to the election, all of Navalny's top allies were arrested or fled the country, with anyone associated with his groups kept from running.

Navalny's team had called for opposition supporters to back other candidates who could potentially defeat United Russia, most of them from the Communists, and results indicated the "Smart Voting" campaign may have had some success. 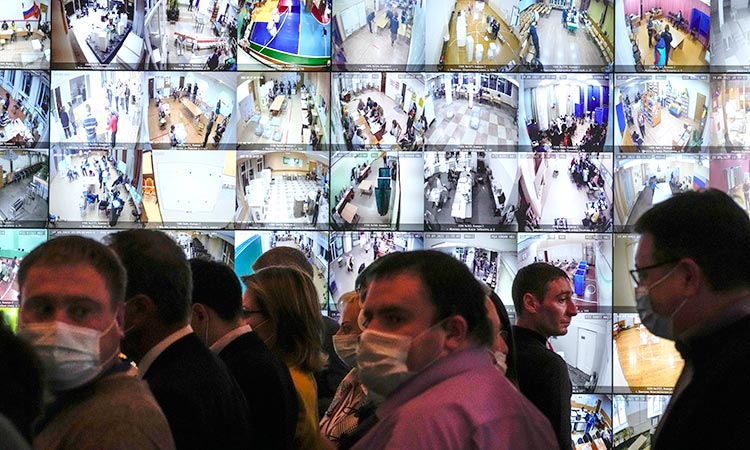 Journalists stand amid multi-screens at a polling station in Moscow, Russia, on Sunday. AP


Although that amounts to an emphatic win, it looks like a somewhat weaker performance for United Russia than the last time a parliamentary election was held in 2016, when the party won just over 54% of the vote.

A malaise over years of faltering living standards and allegations of corruption from jailed Kremlin critic Alexei Navalny have drained some support, compounded by a tactical voting campaign organised by Navalny's allies.

Kremlin critics, who alleged large-scale vote rigging, said the election was in any case a sham.