VIDEO: At least 6 killed in shooting at Russian university - GulfToday

VIDEO: At least 6 killed in shooting at Russian university 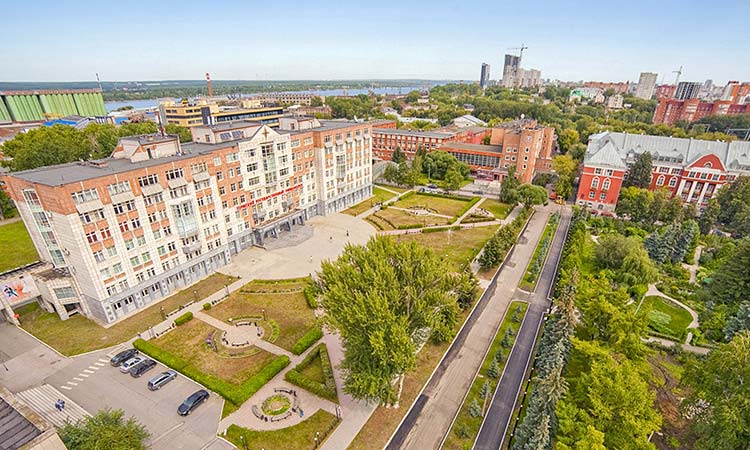 This photo shows the aerial view of a university campus in Perm. AFP

A student opened fire on a university campus in the Russian city of Perm on Monday morning, leaving six people dead and others wounded, investigators said, in the second mass shooting at an education facility this year.

The Perm State University press service said the perpetrator used a so-called "traumatic” firearm; such guns are designed to fire non-lethal rubber or plastic projectiles, but can be modified to fire other ammunition.

Students and staff of the university locked themselves in rooms, and the university urged those who could leave the campus to do so. The state Tass news agency cited an unnamed source in the law enforcement as saying that some students jumped out of the windows of a building.

Russia has relatively few school shootings due to normally tight security in education facilities and because of difficulty of buying firearms legally, although it is possible to register hunting rifles. 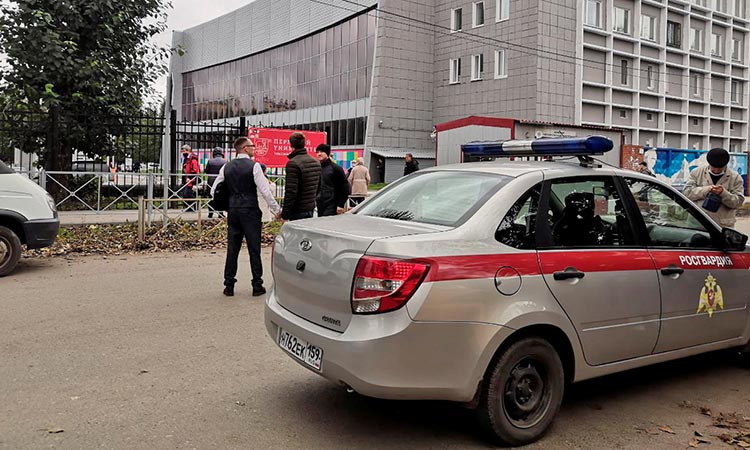 A car of Russia's National Guard is seen at the Perm State University in Perm. Reuters

On the day of that attack -- one of the worst in recent Russian history -- President Vladimir Putin called for a review of gun control laws.

In November 2019, a 19-year-old student in the far eastern town of Blagoveshchensk opened fire at his college, killing one classmate and injuring three other people before shooting and killing himself.

In October 2018, another teenage gunman killed 20 people at a Kerch technical college in Crimea, the peninsula Russia annexed from Ukraine in 2014. 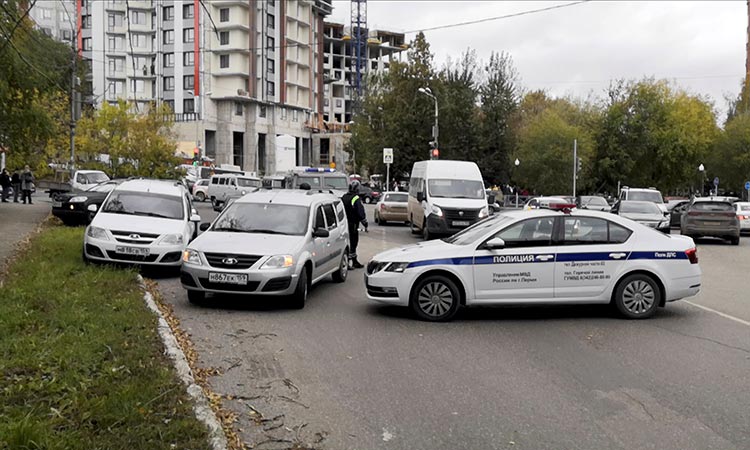 Police block the road near the scene after a gunman opened fire at the Perm State University in Perm. Reuters

He was shown in camera footage wearing a similar T-shirt to Eric Harris, one of the killers in the 1999 Columbine High School shooting in the US, which left 13 people dead.

The Crimea shooter was able to legally obtain a gun licence after undergoing marksmanship training and being examined by a psychiatrist.

The country's FSB security service says it has prevented dozens of armed attacks on schools in recent years.

In February 2020 the FSB said it had detained two teenagers on suspicion of plotting an attack on a school in the city of Saratov with weapons and homemade explosives.

Authorities have claimed that young Russians are being increasingly exposed to negative influences online, especially from the West.