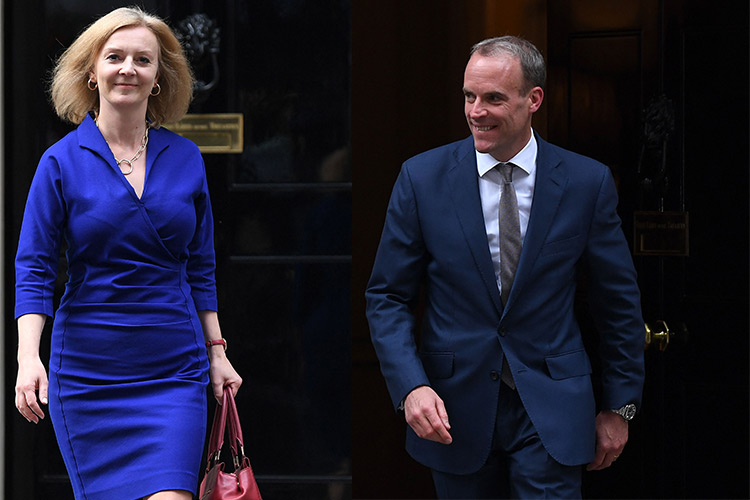 Dominic Raab who has faced calls to resign since he went on holiday in Crete as the Taliban advanced on the Afghan capital, Kabul, lost one of the so-called great offices of state in the foreign office to become justice minister.

Raab was also appointed deputy prime minister, a role he played in all but name when he stepped in to lead government when Johnson was fighting for his life in hospital with COVID last year.

Liz Truss was promoted from trade to the foreign office, becoming only the second woman to hold the position in Britain.

Michael Gove, seen as a key player in the Johnson government, was moved to housing from his position in the cabinet office.

Raab's and Gove's moves followed the sackings of three others: Gavin Williamson as education minister, Robert Buckland as justice minister and Robert Jenrick as the housing minister.

It was perhaps the dismissal of Buckland, which was most surprising. Unlike the others he had not committed any gaffes or been criticised over his decision-making, but he had to be moved to make way for Raab.