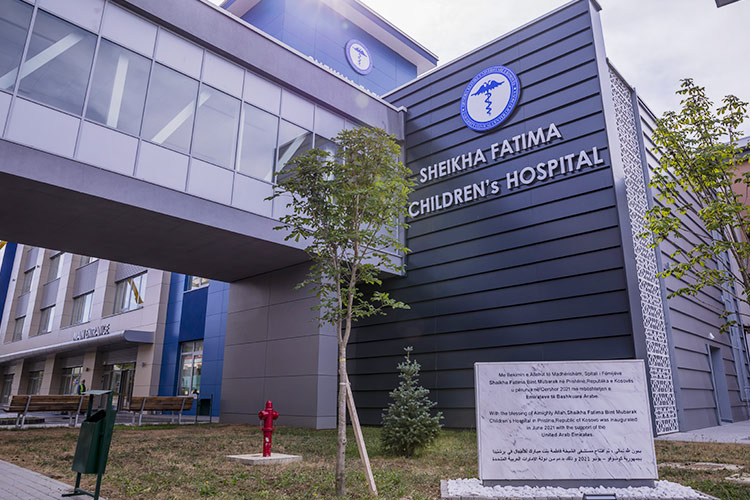 A general view of the Sheikha Fatima Children Hospital.

Vjosa Osmani, President of Kosovo, today inaugurated the Sheikha Fatima Children Hospital and Surgical Centre in Pristina, in the presence of Albin Kurti, Prime Minister of kosovo, and Arben Vitia, Minister of Health of Kosovo.

The hospital’s construction took place with a generous donation by Her Highness Sheikha Fatima Bint Mubarak, Chairwoman of the General Women's Union (GWU), Chairwoman of the Supreme Council for Motherhood and Childhood, and Supreme Chairwoman of the Family Development Foundation (FDF), the "Mother of the UAE," as part of her international initiatives.

The centre, which is the first of its kind in Kosovo, offers healthcare services to mothers and children through various specialist hospitals and emergency medicines and other services. 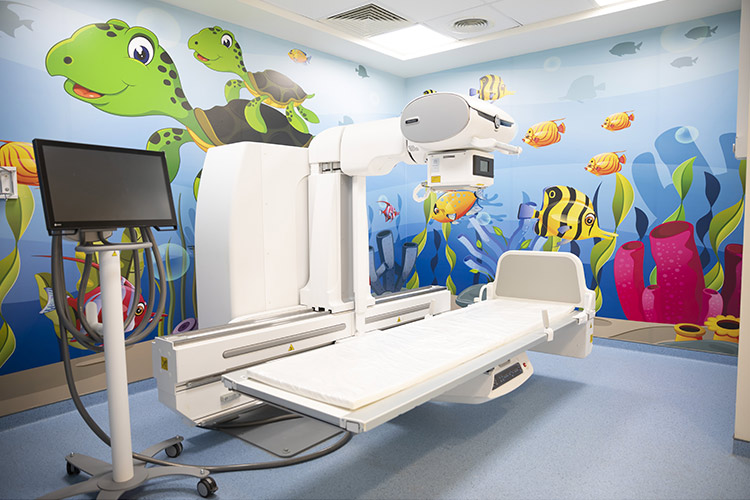 The interiors feature colourful child-friendly designs on the walls.

The hospital has been built on the premises of the University Medical Centre in Kosovo, which manages the hospital, and is connected to the university’s obstetrics and paediatric departments, which facilitates services to children.

The hospital’s inauguration ceremony began with a speech by the Kosovan President thanking the UAE’s leadership and people for always supporting Kosovo through all times and conditions.

She then commended the valuable support of Sheikha Fatima through the construction of the hospital, which is the largest humanitarian project in Kosovo that will support the country’s health efforts and provide medical services to children, especially during the current health situation caused by the coronavirus (COVID-19) pandemic.

Osmani said the hospital symbolises the generous humanitarian giving of the UAE and its leadership and their support for peoples and communities, which is highly appreciated by the people of Kosovo while expressing her gratitude to the UAE and Sheikha Fatima. 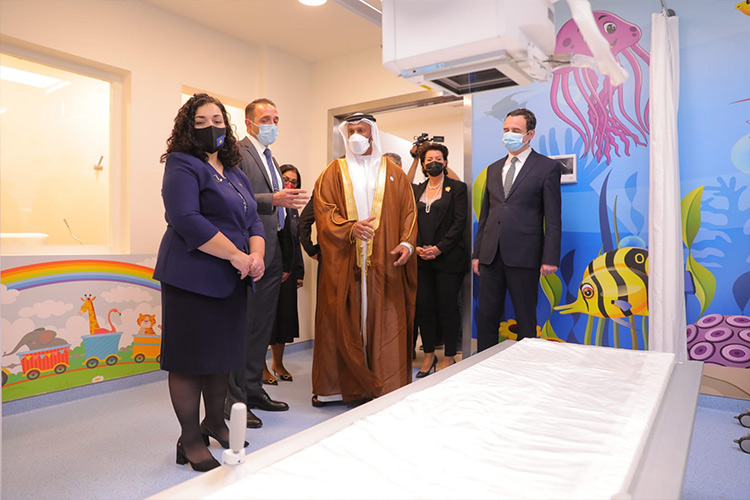 Vjosa Osmani, President of Kosovo, with officials on a tour of the Sheikha Fatima Children Hospital and Surgical Centre.

The Chairman of the Department of Health-Abu Dhabi conveyed the greetings of Sheikha Fatima and her best wishes to the people of Kosovo, stressing the hospital’s construction is a continuation of her humanitarian efforts and her support for children around the world, in light of her belief in providing healthcare services to children and ensuring healthy generations who can contribute to the sustainable development process.

He added that the hospital is an advanced medical establishment that treats many diseases affecting children in Kosovo, underscoring Sheikha Fatima’s keenness to provide local children with adequate healthcare.

The Minister of Health of Kosovo thanked the UAE’s leadership and people, stressing the importance of the hospital, which embodies the profound relations between the two countries.

The UAE's Minister of State commended Sheikha Fatima’s donation, which helped build a hospital that cares for women and children in Kosovo and provides them with adequate healthcare services. It is part of her.