Once inmates, Taliban now in charge in a Kabul prison - GulfToday

Once inmates, Taliban now in charge in a Kabul prison 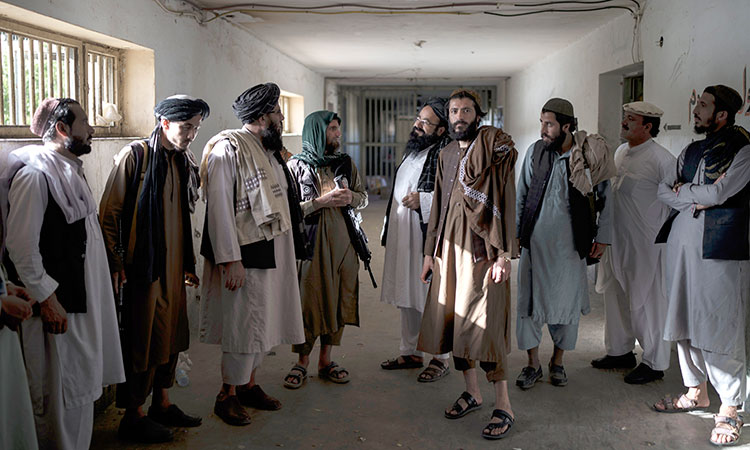 Taliban fighters, some former prisoners, chat in an empty area of the Pul-e-Charkhi prison in Kabul on Monday. AP

Once, Kabul’s main prison was crowded with thousands of Taliban captured and arrested by the government. On Monday, a Taliban commander strolled through its empty halls and cell blocks, showing his friends where he had once been imprisoned.

It was a sign of the sudden and startling new order in Afghanistan after the militant group swept into the capital nearly a month ago and threw out the crumbling, US-backed government it had fought for 20 years.

The Taliban now run Pul-e-Charkhi Prison, a sprawling complex on Kabul’s eastern outskirts. After capturing the city, the fighters freed all the inmates there, the government guards fled, and now dozens of Taliban fighters are running the facility. 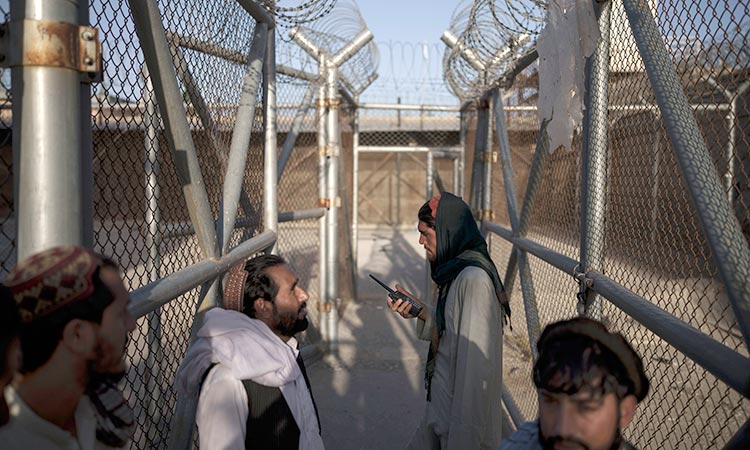 Taliban fighters enter an area where inmates were being held at the Pul-e-Charkhi prison in Kabul on Monday. AP

The commander, who refused to give his name, was on a personal visit to the complex with a group of his friends. He told The Associated Press he had been arrested around a decade ago in eastern Kunar province and was brought to Pul-e-Charkhi, bound and blindfolded.

"I feel so terrible when I remember those days,” he said. He said prisoners suffered abuses and torture. He was imprisoned for around 14 months before he was released. "Those days are the darkest days of my life, and now this the happiest moment for me that I am free and come here without fear.”

Many Afghans as well as governments around the world have been alarmed by the swift Taliban seizure of power, fearing the movement will impose a similar, harsh rule as they did during their first time ruling in the 1990s. But for the Taliban fighters, it’s a moment to savour a victory after years of gruelling fighting - and to see a city few of them have entered since the war began. 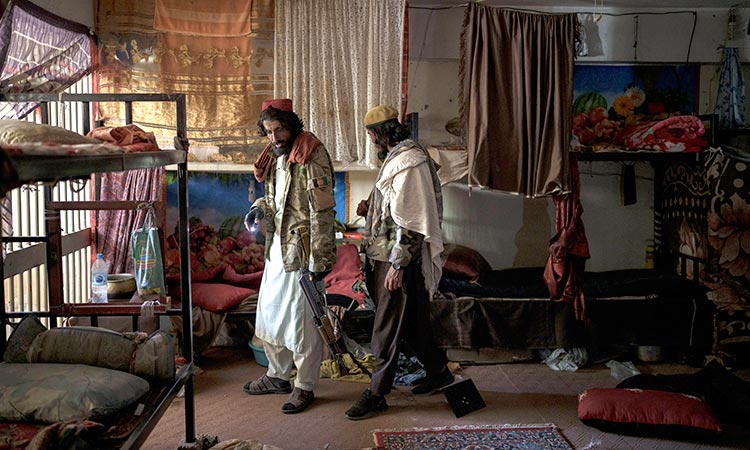 Taliban fighters walk inside an empty cell at the Pul-e-Charkhi prison in Kabul, Afghanistan, on Monday. AP

For some of the Taliban guards accompanying AP, it was the first time they’d entered the abandoned cell blocks. They looked with curiosity through the cells, still littered with things the last inmates left behind - fabrics hanging from the walls and windows, small rugs, water bottles.

Pul-e-Charkhi had a long, disturbing history of violence, mass executions and torture. Mass graves and torture cells were uncovered dating from the Soviet-backed governments of the late 1970s and 1980s. Under the US-backed government, it was more known for poor conditions and overcrowding — its 11 cell blocks were built to house 5,000 inmates, but were often packed with more than 10,000, including Taliban prisoners and criminals. 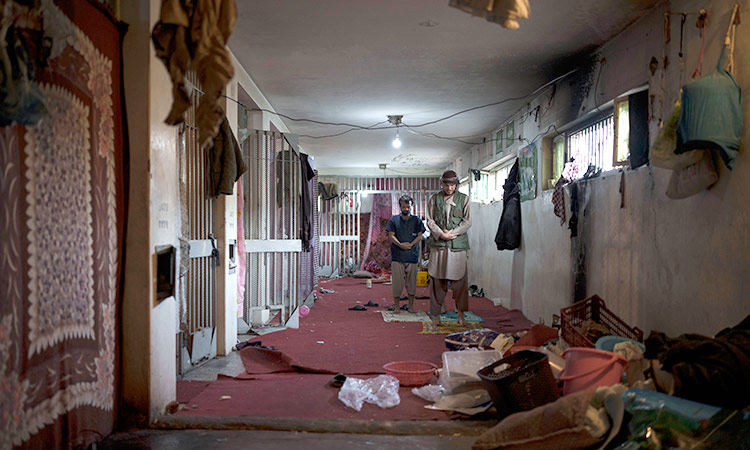 Taliban fighters pray at the Pul-e-Charkhi prison in Kabul, Afghanistan, on Monday. AP

Taliban prisoners often complained of abuses and beatings, and there were regular riots. Still, they kept up their organisation behind bars, winning concessions like access to cell phones and longer time outside their cells.

Some of the Taliban now guarding the site were former inmates. The government guards have fled and don’t dare return, fearing reprisals. Though the facility remains largely empty, one section holds around 60 people imprisoned in the past few weeks, who the guards said were mostly accused criminals and drug addicts.